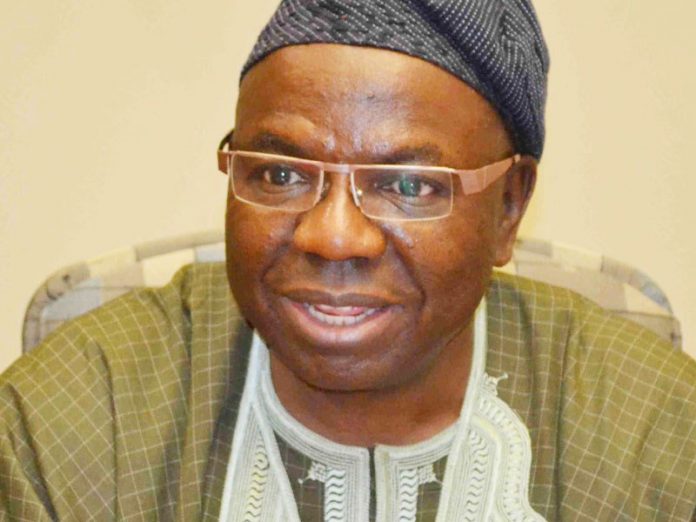 Professor of Theatre and Drama and leading presidential aspirant on the platform of the Social Democratic Party (SDP), Iyorwuese Hagher, has warned Nigerians against money politics ahead of the 2019 general election.

Speaking Friday during a press conference held at the National Christian Centre, Abuja, Hagher, who is the President, African Leadership Institute (USA), blamed the rising spate of vote buying on the desperation of the  ruling All Progressives Congress (APC) to hold on to power at all costs, saying it could have consequences on Nigeria democracy.

According to him, “The desperate attempts by incumbent to retain power at all cost could fatally derail the freedom of the voter and one-person one-vote and the electoral value.”

He added that: “The APC government wants to win elections at all cost; the Ekiti and Osun elections leave little to be desired. There was reckless buying of votes, deployment of security agents. It is unacceptable to me. They should not push the button too hard.”

Noting that the Nigerian masses are deliberately impoverished to deny them their freedom to elect candidates of their choice, Hagher, referring to the SDP national convention holding Saturday in Abuja, said: “The delegates will come; those who will give them money will give them money but they will vote for me.”

He vowed that given the opportunity to lead Nigeria he would implement his manifesto, which he described as a crystallisation of all the ideas he had documented to make Nigeria a great country.