A leading presidential aspirant on the platform of the People’s Democratic Party (PDP) and Governor of Sokoto State, Aminu Waziri Tambuwal, has promised to take on ecological challenges and infrastructural deficits in the South-east.

Tambuwal made this promise in Umuahia, capital of Abia State, when he paid a courtesy visit to the state Governor, Okezie Ikpazu, yesterday, as part of his nationwide consultations over his 2019 presidential ambition.

The Sokoto governor described his presidential aspiration as “a mission to rescue Nigeria from ineffective and ineffectual leadership” and lamented the multiplicity of security challenges that the nation is currently faced with.

He pledged to provide responsive and responsible leadership that would comprehensively tackle “insecurity, impunity and lack of transparency in the conduct of government business.”

He told the Abia State governor that he understood the zone’s suffering as regards the poor state of federal roads in the area, emphasising that: “I have seen first-hand, what Abians and the people of the entire South-east are going through as a result of bad roads. On my way to Umuahia from Port Harcourt, through Owerri, we meandered through potholes, gullies, ponds and even swimming pools, in the name of federal roads. This is a shame.”

In his words: “Nigeria is a good country, but it can and will be better. When I become president, we shall take on the challenges of infrastructural deficit in this region, address the ecological problems here, by applying the ecological funds judiciously.

“We shall collaborate with the state governments to provide jobs through Small and Medium Enterprises (SME). Abia people are very enterprising and we shall support those with entrepreneurial skills to fulfill their potentials and help in creating jobs for the teeming youths.”

Tambuwal vowed to make NNPC more accountable. “We shall ensure that there is proper accounting by the NNPC. The nation has to know how much crude oil we are getting out daily and the amount of revenue that is derivable there from.”

“NNPC has constituted itself into a government of its own and operates as if it is not accountable to anyone. The states are continually shortchanged by the federal government and NNPC. But all that will change when I’m elected president, because I will take on the issues of secrecy in NNPC accounting and ensure that there is transparency and fiscal discipline; so that Nigerians will know the true state of things in the corporation’s operations in terms of the revenue accruable to the nation”

He said that Nigeria at this critical moment “needs a democrat that will unify the nation and return her to the path of progress, not a nepotic leader that believes in the interest of a few. I will not be a leader that will shut doors against critical national issues. I will work for a United and prosperous Nigeria, where rhe rule of law is supreme and respected and where every citizen will live peacefully in any part of this great nation without fear of molestation or intimidation.” 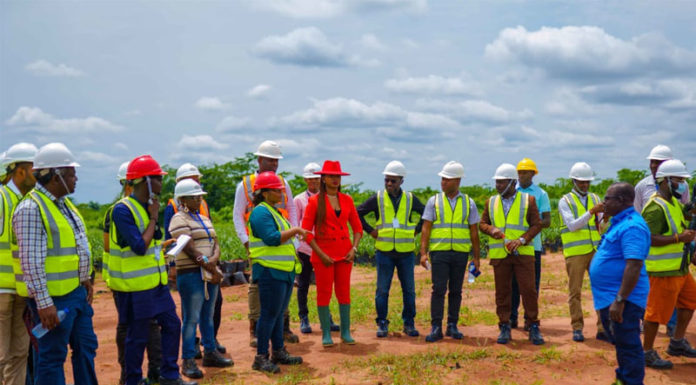