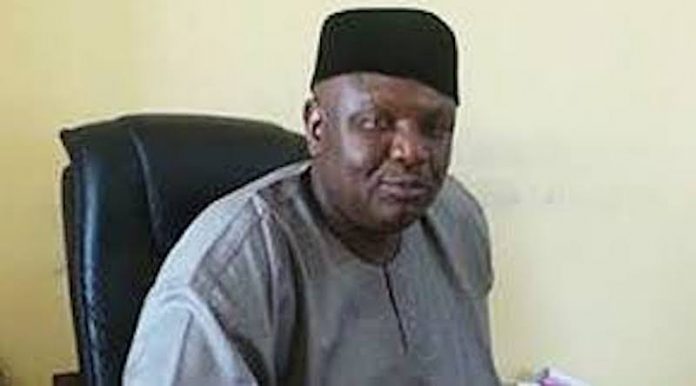 The All Progressives Congress (APC) in Osun State has threatened to expose the secret of alleged manipulations by the Peoples Democratic Party, (PDP) in the last governorship election at the tribunal.

Speaking at a press conference in Osogbo yesterday, the APC Chairman, Prince Gboyega Famoodun, alleged that the opposition PDP inflated results of the election in the hometown of its gubernatorial candidate.

The APC alleged that the manipulation done by PDP in the governorship election was also used in the Senatorial by- election that brought their candidate, Senator Ademola Adeleke, to the Senate.

“We have indisputable evidence that for the last election, indeed one week to the vote, the PDP withdrew cash from the banks in Osun to the tune of N18 billion. From one bank alone, they allegedly withdrew N13 billion. This is money laundering and a crime against our banking law.

“Where security was imperfect or inadequate, the PDP used hundreds of voters’ cards which they had bought from their owners to vote multiple times in several locations.

“This was how they won during the Senatorial by election that brought their candidate into the Senate in the first instance and they repeated same during the September 22 election.

The APC further alleged that some observers were recruited by the PDP and they based their reports on what they were asked to do.

“Without prejudice to the sensibilities of innocent victims that might have been mistakenly affected, we challenge any observers, civil society organisation or journalists manhandled, intimidated, harassed and stopped from voting by law enforcement agents during the supplementary election to come forward with their valid credentials.

The APC alleged that the media was silence on the killing of the party’s agent in Esa-Odo, Adebiyi Ajibade, saying “we are shocked that those who should see beyond the lies being propagated by the PDP have joined them in casting aspersions on the credibility of the electoral exercise.