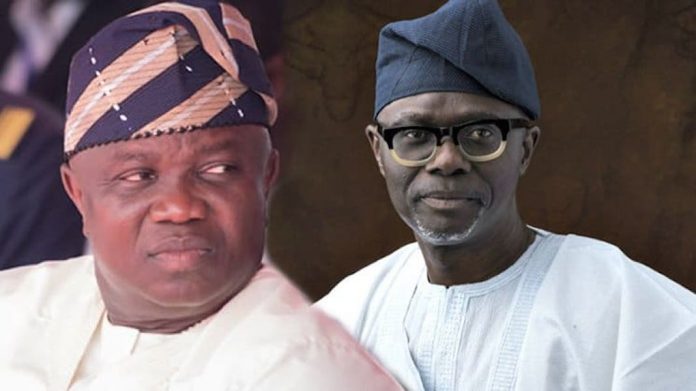 The APC National Working Committee (NWC) panel on Tuesday cancelled the exercise that took place earlier in the day in the Lagos governorship primary, saying the preparatory process for the election had just been concluded.

The Chairman of the panel, Chief Clement Ebri, spoke at a news conference in Alausa, Ikeja.

“The preparatory process had just been concluded for the primaries. The primary is to begin anytime soon.

“There was no election. Election materials are being sorted. “The stage is set and election begins anytime from now. We have guidelines and we will stick to the guidelines.

“Because of the political tension in the state, we decided to be very careful, very methodical. As party men, peace is more important to us than victory.

“We want a kind of victory that will be celebrated by both parties.

“We want an election that will be credible and in line with the guidelines, the extant rules and the laws of the country.

“And that is what we have done. We are ready to go to the field and execute this. So that at the end of the day, we will not be accused of partisanship. Lagos is very important to us and it is a flagship of the APC,” Ebri said.

He said that the panel was ready to give the most credible primary to the state and would contact the national headquarters for information on the preparatory process.

“It takes a lot of work for the main show to take place.

“We are ready to give the state the most credible election.

“We will contact the national headquarters on the timing for the release of materials. It is not our fault that this exercise took this long.

Ebri said the panel was waiting for the party chairman, Alhaji Tunde Balogun, to provide certain information that would enable them post people to the wards.

“We have two aspirants and we need to be fair to both parties. The information we demanded for came in about an hour ago. And we had to struggle this period to balance the equation.

“Now that we are ready, we will contact the national headquarters on the situation and the right time will be announced,” Ebri said.

He said that five persons from the local organising committee and four for each ward would be posted .

“They will all go out to ensure the primary is conducted. We all understand the terrain in the state especially as it concerns the traffic situation. So, the materials are available now and ready for deployment.

“The national secretariat advised us to use ballot papers and we came into Lagos with thousands of them. But during the stakeholders meeting, it became obvious that the state chapter of the party was not ready for such primary.

“They claimed that there was time to educate the members and others. And based on the submission made at the stakeholders meeting on Monday, some changes were made,” he said.

Ebri said the panel was advised to conduct the open ballot in a manner that would be objective to all parties.

“And that is one of the adjustment we made to accommodate views of the stakeholders. For us, the stage is set and the primary should commence any moment from now,” he said.

Earlier,the chairman Lagos APC, Balogun said the election held and it was free fair and credible.

When asked if the panel supervised the election, he said he would not be able to answer that.

According to Balogun, he only saw observers and could not tell.

“We are awaiting the panel to declare the result,” he said. (NAN)