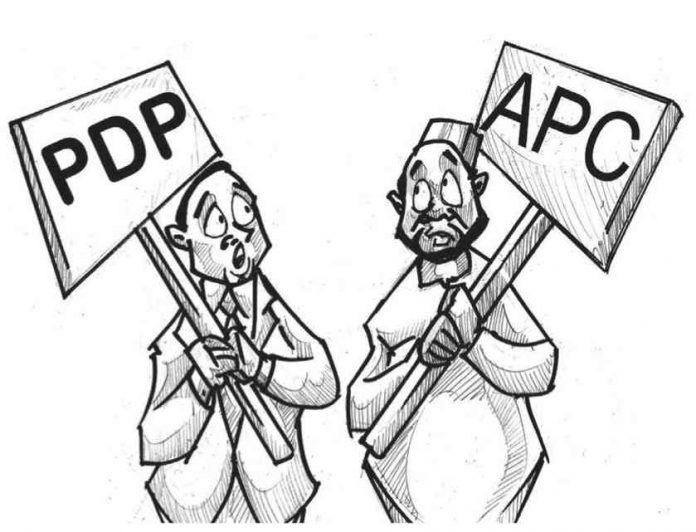 It is important they field candidates with a sense of mission

Since effective representation and good governance are the hallmarks of democracy, only men and women of character can drive them. That explains why as different political parties conduct their primaries for the nomination of candidates for the 2019 general election, it is important they field credible candidates who have the requisite credentials and character so that the voters can be in a position to make informed choices at election time.

More often than not, voters in our country are left with no option than to queue behind worthless characters, having been left with little or no choice by the political parties. The problem is compounded by the neglect of the relevant campaign financing limits which has deepened the impression that ours is mostly a transactional political culture with an inbuilt corrupt ethos. It is this anomaly that has alienated the masses of ordinary Nigerians from political participation as the monetisation of politics now makes it look like a cult of the wealthy.

That explains why elections in Nigeria have become more or less a bazaar where stupendous amounts of money are spent. Far more worrisome is what the accumulated funds are used for: to buy consumables which are distributed at campaign rallies, pay off some local operatives, procure the services of muscle men, compromise electoral and security officials in both their party primaries and the election proper. And because the ambition of these politicians is not driven by any sense of duty, when they get elected, they engage in all manner of impunity, thus underscoring the maxim that where purpose is not known, abuse is inevitable.

It is therefore essential for any political party with a sense of mission other than a mere quest to capture power to field worthy and reputable candidates. Such honourable candidates will not only bring pride to the party if they win, they will also add value to the society. The political parties must also, in the course of selecting their candidates, be conscious of the capacity of those to be fielded. Sometimes, a candidate can be highly educated, well behaved and have good intentions but may lack the requisite capacity to deliver on public good.

Nigerians today groan under the yoke of mis-governance and maladministration because people who have nothing to lose or any reputation to protect are the ones occupying important offices at various levels across the land. Today, every nook and cranny of the country is characterised by infrastructure deficit caused mainly by the inability of those in power to harness the huge natural and human resources at their disposal for meaningful development. So, we task political parties to come up with visionary candidates with the ability and capacity to transform every part of the country they may be elected to serve. We also enjoin the leaders of the political parties not to turn the process of nominating candidates into another avenue for making money, as has been the practice over the years. It is their responsibility to do a thorough background check on characters that are seeking to fly the flags of their parties at the forthcoming 2019 polls.

Most Nigerians are agreed that the biggest problem facing the nation today at practically all levels is leadership. Hence, we can only begin to change that narrative when political parties field proper candidates for elections, and this season provides them with such opportunities to do the needful by ensuring that only people of quality and character who can add value to the society make it to the poll. More than at any period in our history, we need innovative leaders from the executive to the legislative arms at both the federal and state levels to aggressively drive development and salvage the system.