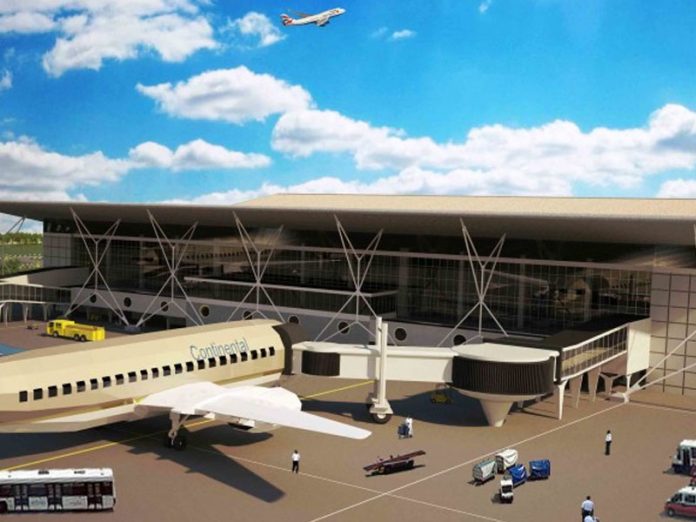 The desire for Nigeria to be an operational hub in West and Central Africa has become a sing-song in the aviation industry. But as the clamour is reinforced by stakeholders, the chances seem to elude the country.

This is because what are critical in growing an airport into a hub are modern airport facility, policies that serve as incentive to attract airlines and passengers, good charges, efficient service, availability of fuel at good prices and aircraft maintenance facility.

Despite having about 26 functioning airports, none of Nigeria’s major airports in Abuja, Lagos, Kano and Port Harcourt meets these requirements.

This is why in the last three weeks people have been talking about the Kotoka International Airport, Accra, Ghana. The country just built state- of-the-art international terminal, which became operational few weeks ago and which is already attracting passengers from other parts of West and Central Africa.

Even before the completion of the new terminal, the Accra airport has been attracting international and regional airlines in the last five years because of the efficient way it is run, easy facilitation and non-existence of bureaucratic bottlenecks and lack of outrageous and arbitrary charges, which are prevalent in Nigeria.

Last week, Emirates Regional Manager, West Africa, Afzal Parambil spoke to selected journalists in Nigeria about its operations in the country and in West Africa and noted that passenger traffic and modern airport infrastructure are major attractions to airlines.

As part of the unveiling of the new international terminal at Accra airport, Emirates took world’s largest passenger aircraft, the Airbus A380 to Kotoka Airport. Fielding questions from the journalists, Parambil explained why.

“We are taking this aircraft to Ghana showing our commitment to Ghana and West Africa. We upgrade our aircraft based on the demand of the market. Ghana in comparison with Nigeria, Nigeria is still far bigger in terms of the size of the population and number of fleet taken. But the most important thing in West Africa is regional hub, be it Ghana or Lagos, it can act like a hub for West Africa. Traffic from Nigeria is largely driven by Nigeria and but Ghana it is not just Ghana, we have other countries like Ivory Coast, Cameron, amongst others.

“Nigeria is larger in terms of the number of passengers and it is also growing. And for us to decide which aircraft we should operate is the demand of the market, approvals from the government, the infrastructure of the country to support the huge aircraft. When passengers arrive, we should be able to clear them within a certain time,” Parambil said.

Evaluating the airport facilities in Nigeria, Emirates Regional Manager noted that one of the great attractions of visitors to Dubai is its super and state-of-the-art airport and noted that airport infrastructure is critical for successful air transport sector of any nation.

“Infrastructure is critical for the airline and for the country to be successful. We have challenges like any other business and infrastructure is one of them. One of the infrastructure issues not just the airport is when passengers come from the rest of the world they should be able to connect to any part of Nigeria without any delays and we like to see that improve. I can say certain measures have been taken by the authorities, which is impressive. I believe there have been significant improvements in infrastructure, as some of the bottle necks have been removed. So, it means government is not just listening to us but to our customers. So, we are working together with the government to improve the situation,” he said.

Parambil also spoke about the successful operation of Emirates in Nigeria and how the airline is contributing to airlift cargo from Nigeria to the rest of the world.

He said that cargo business in Nigeria is growing in the same ratio as the nation’s passenger business is growing.
“For some months we are seeing the cargo growth as regular as we see the passenger growth. Most of the imports are personal effects of Nigerians who live abroad and foreign nationals migrating who imports, we also bring in pharmaceutical items into the country.

“For exports we have kolanuts, chocolate drinks called Milo. These are the two main products exported. These are perishable items, so you need to have a reliable carrier to take them and reach their destinations in time. We ensure we have adequate facilities at the airport here in Nigeria and also in Dubai and we ensure it doesn’t take more than the required time to get to Dubai as this can impact on the quality of the product. So, customer satisfaction is key in this,” he said.