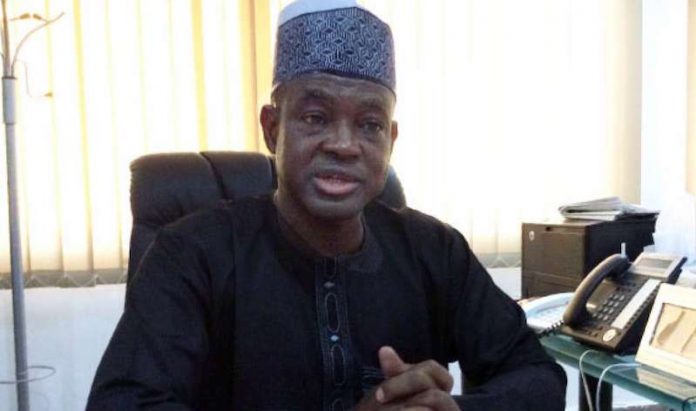 The Independent Corrupt Practices and Other Related Offences Commission (ICPC) has arraigned a former Director General of the Small and Medium Enterprises Development Agency of Nigeria (SMEDAN), Mr. Bature Umar Masari, for allegedly receiving bribes of N119.8 million from several contractors handling constituency projects for himself and four federal legislators.

In a press statement issued yesterday by the spokesperson for the commission, Mrs. Rasheedat A. Okoduwa, the former DG was arraigned before Justice Adebola Adeniyi of the High Court of the Federal Capital, Abuja, and accused of committing the offence between April 2014 and July 2015, when he asked and received bribes on many occasions from the contractors through his Diamond Bank and Guaranty Trust Bank accounts.

The commission, in a 27-count charge, accused Masari of conferring corrupt advantage upon himself as well as receiving gratification in the course of discharging his official duties, contrary to Section 10 (a)(i) and punishable under Section 10(a)(ii) of the Corrupt Practices and Other Related Offences Act, 2000. His offence further violates Section 19 of the same law and punishable under the same section.

Counsel to ICPC, Mr. Henry Emore, told the court that the ex-DG received N50 million on November 27, 2014, from Hamshakin Ventures Ltd for Herman Hembe, Emmanuel Udende, Benjamin Aboho and Oker Jev, who were all members of the House of Representatives from Benue State; and a contractor, Kike Engineering Services, before awarding a constituency project contract to the said Hamshakin Ventures.

The accused pleaded not guilty to the charge. His counsel, Mahmood Magaji (SAN), asked the court to grant him bail on liberal terms promising that the accused would always be available in court for trial.

Justice Adeniyi, following no objection from ICPC, granted him bail in the sum of N50 million with two sureties in like sum who must be directors in the employment of either the federal civil service or any federal agency; or the Federal Capital Territory or any of its agencies. They are also expected to deposit an ‘affidavit of means’ including being residents of the Federal Capital Territory.

Adeniyi then ruled that Masari be remanded in Kuje prison pending the fulfilment of his bail conditions and adjourned the matter to 26 and 29 November, 2018 for trial.