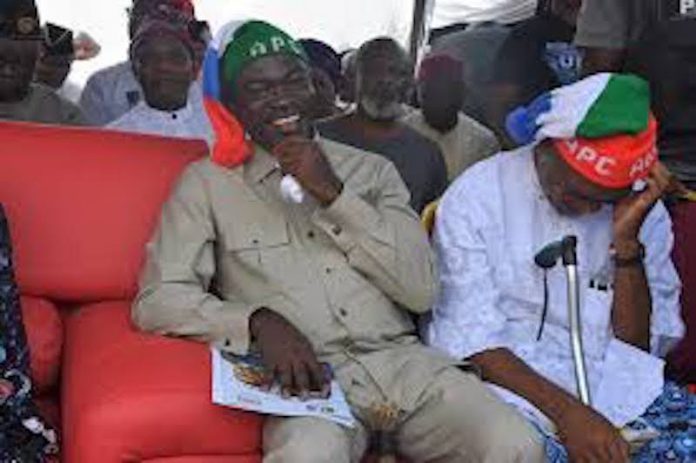 The Akwa State Chairman of the All Progressive Congress (APC), Akwa Ibom State, Ini Okopido yesterday reassured that the governorship candidate of the party in the state would be elected through direct primary.

He gave the assurance at a political rally organised by one of the governorship aspirants in the race, Senator John James Akpan Udoedehe.

“The party has adopted a system of direct primary and we are going to select best candidate for this party.

“All of you must select the best the best candidate that will drive away the Peoples Democratic Party (PDP) from Akwa Ibom State.

He lauded Senator Udoedehe who is from the Uyo Senatorial district for courage to make himself available to be elected as the governorship candidate under the platform of the APC.

In his speech, Udoedehe said his strength to win the governorship primary was not in doubt judging from the voluntary crowd that filled the Uyo township stadium for his governorship declaration.

“We started this journey in 2009, our people were killed. They have compensated everyone except us. What we are looking for is the governorship of Akwa Ibom State.

“The essence of democracy is to provide amenities for the people. I will do that. There is poverty in Akwa Ibom State in the midst of the people. This I will change when elected as the governor.” he added.

Udoedehe maintained that his mission in the Hill Top Mansion is to change corruption, impunity drive away poverty among the people.

Also speaking the Zonal Woman Leader of the APC, Mrs. Rachael Akpabio lauded Akwa Ibom on the solidarity for President Muhammadu Buhari to return to Aso Rock in 2019.

She said under the regime of President Buhari the mono economy that was being operated before is now diversified.

The high point of the rally was conferment on the former military administrator of Rivers and Ondo states, Group Captain Sam Ewang (rtd) as the APC caucus chairman in the state.

Ewang in his reaction accepted the post, stressing that the problem of APC in Akwa Ibom State was in the leadership; saying if the party does not hurry to do something about the leadership the future was bleak.

Ewang who alleged that the leadership of the party in the state has been bought over, said he will continue to stand for justice, fairness and equity.

He said the national headquarters of the party never give mandate to any governorship aspirant hence the leadership of the state must give free hand for members to choose their candidate.

“All the leadership of the party should listen to me, there is problem in Akwa Ibom APC and the problem is that the leadership we struggled to put up in the state have now becomes campaigner directors.

“If we are not in hurry to streamline this, the future of APC is bleak in the state, I have been failed again, and the leadership has failed to make the party great in the state.

“Every aspirant will face party members through direct primary and anyone that wins will be supported by all. I will stand for justice, fairness and equity so that Akwa Ibom might be great again.” he posited.