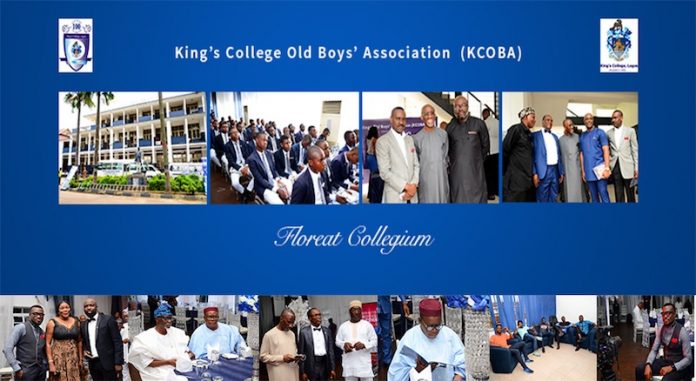 King’s College, Lagos, is set to roll out the drums, to commemorate its 109th anniversary celebration, sponsored by it’s Old Boy’s Association (KCOBA).

Various forms of activities, have been lined up for the one week celebration, which kicked-off, yesterday September 18, with an anniversary carnival held at the college’s Assembly Hall, Tafawa Balewa Square, and will round up on September 23.

The Chairman KCOBA Kings Week 2018 Planning Committee, Mr. Mustapha Chike Obi, said the association takes great pride in the college, adding, “ we are very emotional and passionate about our school. It may not be where we want it to be today but we are trying our best to get it back to the days of glory it used to have.”

The Vice President KCOB, Mr. Rotimi Aladesanmi said the ‘Kings Week’ is the high point of the association’s celebrations every year, adding that the founders’ day is in commemoration of the establishment of this college in 1909.

“The college actually started as an institution on September 20. So we always celebrate this as a reminder of the status and history behind this college. There is always an intellectual slant to the celebration and that is why we always have a lecture, which would be on a topical issue that is relevant to the Nigerian society. We also use it as an avenue to socialise and share our experience with Old boys coming together from far and near.

“The school too has some programmes for this period and the present students and teachers believe that they have to commemorate the period. We would be collaborating with the school because we believe that we belong to one mighty home.

Other activities to commemorate the programme include, an anniversary lecture on September 20, at the college assembly hall, where His Royal Highness, Emir Muhammadu Sansui II, would be delivering a paper entitled, ‘Reforming Education: An Imperative for National Development’, Jummat and church service on September 21 and 23 , at the school’s mosque and King’s College Hall, respectively, a dinner on the 22 and an Annual General Meeting (AGM) on the 23

One of the major highlight of the anniversary celebration will be the enactment of Langbodo, the epic drama which the late Chief Wale Ogunyemi, foremost writer and actor adapted from D.O Fagunwa’s book entitled Ogboju Ode Ninu Igbo Irunmole. Langbodo, Aladesanmi said was chosen as Nigeria’s drama entry for the Second World Festival of Arts and Culture (FESTAC) hosted by Nigeria in 1977, adding that the play, would be directed by its original director at the Festac ’77, and would be staged at the college’s premises.