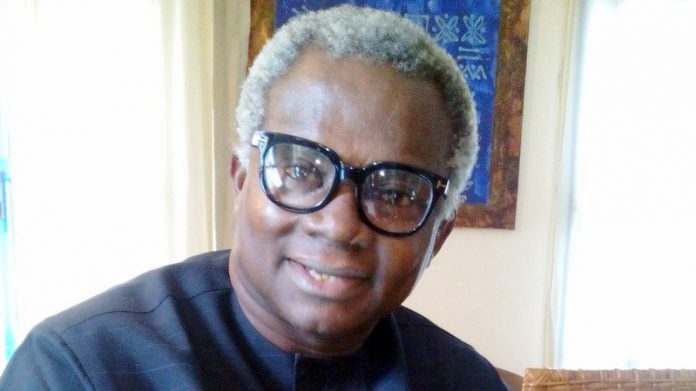 A chieftain of All Progressives Congress (APC) and the Director General of the Voice of Nigeria (VON), Mr. Osita Okechukwu has accused the Deputy Senate President, Ike Ekweremadu of devoting the last three years in fighting President Muhammadu Buhari, instead of engaging in legislative activities.

Okechukwu who is seeking to replace Ekweremadu as senator representing Enugu West senatorial zone on the platform of APC, said the people of the area had lost democracy didvidends as a result of Ekweremadu’s persistent attacks on the president.

But in a swift reaction, Ekweremadu dismissed Okechukwu’s claims, insisting that he remained one of the best things that have happened to his senatorial zone.

Ekweremadu who spoke through his media aide, Luke Mgboh, berated the VON DG for taking his propaganda to a “mischievous level”, insisting that the APC chieftain had nothing to offer.

Addressing APC delegates in Awgu Local Government Area (LGA) of Enugu State, Okechukwu, regretted that Ekweremadu, rather than giving his people effective representation like some senators do, dissipates energy in fighting President Buhari from the hallowed chambers of the Senate.

“My brother, Senator Ekweremadu instead of joining Buhari’s RRAP (Roads, Rails, Agriculture and Power) Projects, spent the last three years fighting Buhari. By his inclination to self, he failed to utilise the Anchor Borrowers or any of the agricultural programmes to develop rice, cassava, cashew or palm farms. By the grace of Almighty God and my people, I as a senator will key into the President’s projects to develop rice and cassava integrated farms.” Okechukwu submitted.

According to the VON DG, “what Senator Ekweremadu has been doing in the Senate in the last three years is fighting the President and not lawmaking. I was one of those who thought that his objective of smuggling himself into Second-in-Command in the Senate was to help our people. Rather he unwittingly poisoned Senator Saraki’s chalice and by extension that of the 8th Senate.”

He lamented that such a ranking senator had chosen to make the Senate a battle ground, abandoning a vital road infrastructure in his senatorial district, such as Oji-Awgu federal highway, to become a death trap.

“If you are fighting an incumbent President, will you get anything for your people? Instead of behaving like David Mark who even had more senators on his side but said his party (PDP) was not in power, our brother Ekweremadu plunged into the contest for the Senate leadership and you could see the confusion he caused in the Senate in the past three years,” Okechukwu said.

He maintained that it will be delusion to expect Ekweremadu to achieve anything if given another four years when his score card for Enugu West is not commensurate to 16 years sojourn in the senate.

On what spurred him to run for the Senate, Okechukwu explained that he was inspired by a desire to revamp the abundant coal deposits in Enugu State.

“What inspired me to run for Senate is that I know how poor I am and how poor my constituency is. Enugu state has at least, 10 higher institutions and they produce over 2,000 graduates every year and there are no jobs. That is why we migrate to South Africa and they kill us.”

“When Professor Barth Nnaji was Minister of Power, we started the journey to revamp Enugu Coal. He set aside five Coal fields and designated them for coal-to-power, so as to generate 1,000 megawatts. We continued with Professor Nebo. It has been six good years of talks about coal. They said it was no longer in vogue. Yet, it produces 80 per cent of electricity in India and 65 per cent of electricity in South Africa,” he said.

“When Buhari came, we persisted. I think as a senator one will actualise the objective of revamping Enugu coal to generate electricity and proved employment to thousands of youths.”

Okechukwu said his undying desire to revamp coal made him to join the senatorial race.

Urging the Awgu delegates to support him in his senatorial bid, the VON boss noted that with this modest appointment, he registered cooperatives, with ten beneficiaries per ward in Enugu West.

“I have a good relationship with the President, the Vice President and almost all the Ministers. None of my other contenders for the APC ticket has this level of contact.”

“All these are crystal clear. As a senator, I do not need to wait two hours to see the President. Now, you (delegates) spent money to come here. If I win, will I forget you? Capital No! I paid my dues and Buhari did not forget me. In the same way, if I get to the Senate, I will never forget you,” Okechukwu said.