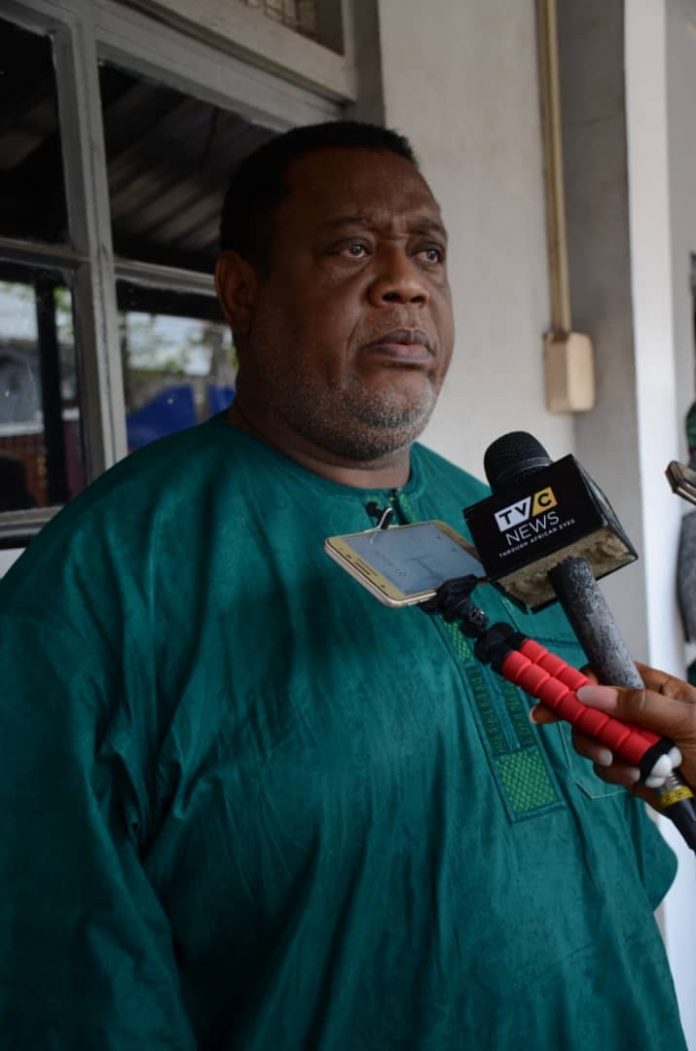 The Commissioner of Police, Nkem Okoro, at the FCIID, Alagbon, Ikoyi paraded the suspect, a resident of 41 Jubril Martins Street Lawanson, Surulere on Tuesday.
According to the widow and victim, Oluchi Dillion, Ononuju collected the money from her in the guise of acquiring a plot of land for her son at Ibeju-Lekki.

She said: “The incident occurred last April. But I realised I was duped when the suspect started threatening to wipe off my entire family.”

She said it was at the point of demanding for documents of the land that she discovered it belonged to the suspect’s ex-wife.

“I have known Ononuju for over 30 years now. He was my lover then. He used to sleep in my father’s house when we were young. I gave him the money in trust and I never knew he could do this to me”, Dillion lamented.

She said she confided in the suspect because of his position as a man of God, adding that she told him she needed to buy a property and he said he knew someone that had one.

Dillion added that having paid him the money in instalments, Ononuju collected N12 million for the land and N6m for governor’s consent.

When the bubble burst on the prophet, he was said to have resorted to threatening his victims, prompting her to run to the police.

While parading the suspects, CP Okoro said: “When the lady discovered the fraud, she reported to my office and I detailed detectives to go after the prophet and he was promptly arrested.

“During investigation detectives discovered that the suspect collected N16 million cash and N2million into his bank account. This goes to show the suspect had another intention.”

Okoro said Ononuju was currently on court remand their our custody, adding that they were still investigating and at the end of the process, the suspect would be charged to court.

He said: “I use this medium to warn fraudulent minded people, organisations to change their ways or face the wrath.

“People should also be wary of those who claim to be pastors when transacting business because they tend to cash into gullible nature of true believers to swindle them.”

Meanwhile, Okoro noted that the suspect denied defrauding the widow insisting that he had a genuine business deal with her.

Ononuju, who said he did not need Power of Attorney to sell his ex-wife’s property, claimed that she was aware he sold it.

Ononuju said: “I acted as a middle man. She came to me to help look for land. Because of the existing relationship between the two families, I went all out to ensure that I get her a good land, but look at where it has landed me.”