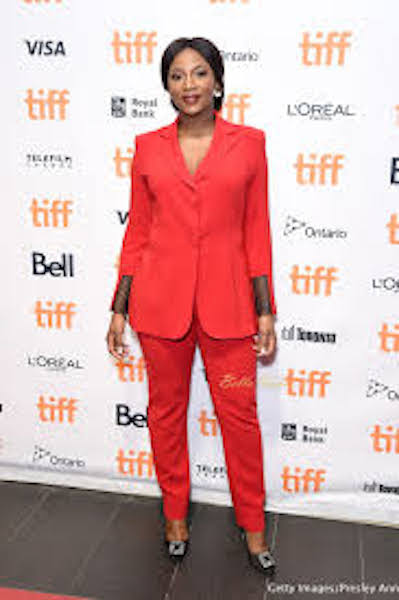 Vanessa Obioha takes a critical look at the news of Netflix’s acquisition of Genevieve Nnaji’s ‘Lionheart’ movie and its impact on the film industry.

International film festivals are usually a marketable ground for filmmakers to strike new deals and Nigerian filmmakers are gradually tapping into the opportunities such platforms provide. This new fashion for international reach comes with certain perks – better quality movies for the consumers, a befitting platform for the cast and crew and an overall better projection of the industry at a grand scale.

Genevieve Nnaji, a longtime Nollywood key player tagged along on a production team in 2015 with Chichi Nwoko and Chinny Onwugbenu to bring to life the movie ‘Road To Yesterday’ which featured British actor Oris Erhuero. Indeed, the hunger to take the role of captain rather than play a singular role of actor set in for the Imo state-born screen diva thereafter.

Three years after the film’s debut and two years after earning and sharing an AMVCA trophy for Best Film West Africa with fellow co-producers, Nnaji climbed swiftly to a directorial position with the debut of her movie ‘Lionheart’ at the Toronto International Film Festival on Saturday, September 8.

The synopsis of the actress plied film relays the hurdles of an Igbo family that is into transport business. The dramedy stars Pete Edochie, Nkem Owoh, Onyeka Onwenu, Genevieve Nnaji, Kanayo O. Kanayo with a cameo role by Phyno.

Upon its screening, Netflix announced on their site claiming that they had bought the rights to stream ‘Lionheart’ to its subscribers worldwide with no set date for stream commencement at the time of this report.

This not only makes ‘Lionheart’ the first Nigerian movie to reach this milestone, it marks Nnaji as the first female producer in Nigeria to do so.

While Nnaji is highly lauded for opening such a window, the deal however speak volumes of the online streaming platform fierce competitive spirit to expand the volume of its content.

In only a few years, the streaming giant has pushed aside major movie production companies in the USA such as HBO, while inspiring others like Disney to foray into the streaming business.

They also pose a threat to other stakeholders as seen at the just concluded Venice Biennale where the National Association of Film Authors (ANAC), which represents directors and screenwriters; Italian Federation of Cinema of Essa (FICE) and Catholic Cinema Exhibitors Association (ACEC), opposed the Biennale promoting a streaming platform with huge resources that is also making the position of Italian and European cinemas extremely difficult.

No doubt, Netflix acquisition of Lionheart from MPM Premium is a smart move, particularly now that the world is focusing on the continent for true stories that celebrate the rich cultural heritage of Africa. The streaming brand has deftly positioned itself as a pathfinder.

However, with little information on the deal, there is a shadow of doubt that Lionheart will enjoy box office success as Mo Abudu’s ‘The Wedding Party’, which grossed N450m in box office revenue.

With ‘Lionheart’ posing as a Netflix content, the platform not only exposes it to poor sales but also to rampant bootlegging. The success story behind ‘The Wedding Party’ was born out of their ability to securely guard the stock format from pirates.

This in turn compelled most people to visit the cinema to experience the hype built around it. Currently, a trip to Alaba International Market in Ojo area of Lagos State will present itself as a buffet to choose the latest Netflix offerings, and in clear, HD format at that.

This is further made possible with Netflix’s traditional way of releasing all episodes of their series at once, in a bid to give the true binge experience coined as ‘Netflix and Chill’.

Of course, most people would rather spend a meagre N100 to see the film than visit a cinema where they might end up spending over N2,000. The latter is highly unlikely to occur if conscious efforts are taken to avoid pirated copies filtering the market.

There is also the possibility that most people would have seen the movie by the time it premieres in cinemas here, except for a select die-hard fans who will remain resolute to drop their coins into her pocket. But this group only makes up a tiny portion of interested persons that might want to see the film, thus, reflecting low earnings at the end of the day.

The idea by Netflix to adopt the film no doubt speaks volume about the quality of work Nnaji has put in, but certain steps should be looked into first.

Netflix’s purchase shouldn’t translate to immediate streaming on its platform. Its premiere in Nigerian cinemas and its availability on Netflix should be paramount and months apart; giving room to amass on domestic gross earnings.

A case where Netflix makes it available on its official website for streaming prior to its premiere in local cinemas would be an imprudent case of ‘penny wise, pound foolish’, losing at home at the risk of international exposure.

The only acceptable case is if the drafted deal compensates for the risk of failure at local level where the bulk of her audience is located else, this seemingly well-thought-out body of work might lurk in the ally, begging for scraps as royalty.

Gaining from both the deal and exclusive premiere in Nigeria cinemas only proves to be the most commercially viable route, lest its turbulent plot be reenacted in real life.