The African Export-Import Bank (Afreximbank) has stated that the $850 million in financing facilities being made available to it by two Chinese financial institutions will allow the African trade finance bank to greatly expand its support to African businesses seeking to diversify and expand their trading activities.

Afreximbank President, Prof. Benedict Oramah, who said this in Cairo, Egypt, while reporting on the bank’s participation in the recently-concluded Forum for China-Africa Cooperation (FOCAC 2018), held in Beijing, China, noted that the bank used the opportunity of that event to sign agreements for a $500 million facility with the China Development Bank and a $350 million facility with Bank of China.

According to a statement by the African trade finance bank, the China Development Bank facility is to enable Afreximbank support trade enabling infrastructure projects across Africa while the $350 million from the Bank of China is targeted at direct bank-to-bank loans, participation in syndicated loans and trade finance, among others.

The Bank of China agreement followed the signing of a memorandum of understanding (MoU) between the Chinese bank and Afreximbank.

Under the terms of the MoU, the two institutions agreed to collaborate in the identification of co-financing and co-investing opportunities.

They also committed to cooperate in projects and transactions to enhance trade and investment between China and Africa.

It also involves supporting projects under the “Belt and Road” Initiative in order to bring shared development opportunities to China and Africa.

Oramah said Afreximbank took advantage of the participation to hold meetings with several high-level personalities, including Presidents Macky Sall of Senegal, Faure Gnassingbé of Togo and Denis Sassou Ngueso of the Republic of Congo.

The delegation also met with Zhang Qingsong, the new President of China Exim Bank, to discuss areas of collaboration.

With the meeting, the Afreximbank delegation was the first to be formally received by the China Exim Bank’s President in his new role.

Similar meetings were held with Liqun Jin, Chairman and President of the Asian Infrastructure Investment Bank and Liu Liange, President of Bank of China.

The Afreximbank delegation also met with Jack Ma, Chairman of the Alibaba Group, to hold discussions on areas of possible collaboration. 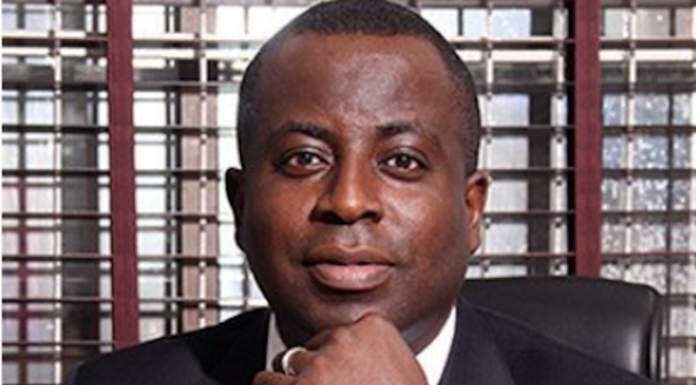