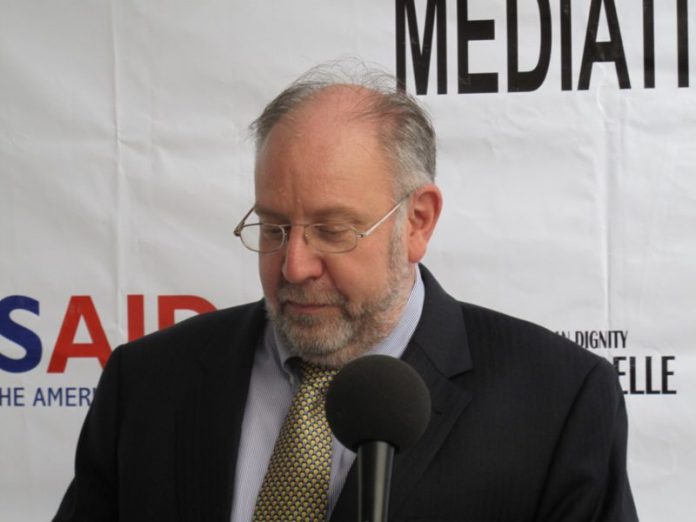 The United States on Tuesday linked Nigeria’s poor social service delivery system to its continued practice of state-sponsored subsidy for petroleum products in the country and failure to allow its electricity market operate on market-based principles.

According to the US, the decision of the country to continue to transfer public funds to keep petrol pump price at lower levels, as well as electricity rates below cost-recovery levels, meant that less funds are available to fund education, health care and other social sector services.

The US Agency for International Development (USAID) Country Mission Director, Stephen Haykin, who represented the US Ambassador to Nigeria, Stuart Symington, at a public function in Abuja yesterday, stated that apart from the inefficient energy sector of the country, low tax revenues were also responsible for poor government investments in the social sector.

Haykin, spoke at the 10th Anniversary Colloquium of the Financial Nigeria Magazine in Abuja, alongside a former health minister and currently an adjunct professor of global health at Duke University, Muhammad Pate, who disclosed that about 40 per cent of under-five children in Nigeria were currently experiencing stunted growth.

“One proximate cause of poor health, education and nutrition standards is low public expenditures. This in turn is related to very low public revenues due in fact to low tax rates and weak systems for tax collections.

“Low social spending is also as a result of transfers from government to petroleum and power sectors because fuel and electricity tariffs are below cost recovery levels,” Haykin said in his remarks at the colloquium.

He noted that conflict across the country could also be responsible for Nigeria’s poor social development, adding that, “fiscal, trade and other micro-economic policies tend to act as breaks on private sector initiatives on economic growth. Weak governance due to inadequate capacities or lacks of checks and balances also slows social and economic development.”

In his presentation as keynote speaker at the event, Pate, chided Nigeria’s political class for making choices that were not in the interest of the country but themselves. This choices, he noted have denied the country investments in the education and growth of its children.

He said Nigeria had wasted financial resources on frivolous expenditures, and accused the ruling All Progressive Congress (APC) – a party he reportedly belonged to – of repeating the mistakes of the party it took over from.

“After extracting almost a trillion dollars’ worth of oil since our national independence, we have a situation where poverty is going on. We have effectively squandered an opportunity to utilise the natural resources that we obtain purely by chance, not by hard work.

“Instead of investing to uplift our people’s lives, our political elites by commission or omission chose the path of short-term comfort and purchase of loyalty through economically unwise or corruption riddled national expenditure at the expense of economically sound investments in both human and physical aspects to transform our nations,” said Pate.

“Nigeria’s demographic transition is slow, variable and achieving the dividend from the population is not guaranteed. Childhood development is going in the wrong direction particularly in northern Nigeria.

Pate warned that the most consequential impact of such development would mean that most of the country’s children would be dull and inefficient.

“The consequential impact of malnutrition on a child is actually the brain because a malnourished child, the brain’s neurons are clumped. It clumps and a malnourished child has cognitive deficits – lower IQ, lower school performance, lower educational attainment and lower lifetime income. By allowing our children to be stunted at very high level, we are allowing our economy to be stunted in the long run,” Pate added.