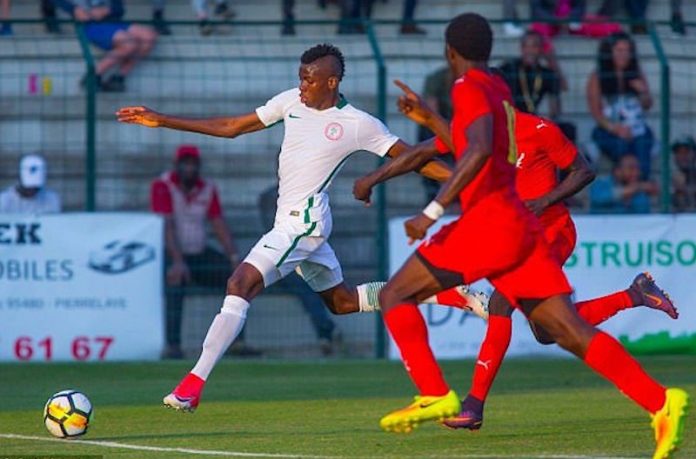 Galatasaray SK of Turkey forward, Henry Onyekuru, scored the curtain raiser for Nigeria on his return to Eagles after missing the World Cup in Russia to injury as early as the 11th minute of the game played before a packed crowd at the Samuel Kanyon Doe Stadium in Monrovia.

Stand in Captain, John Ogu, flicked the brilliant pass to Onyekuru for that goal.

Simeon Nwankwo who plys his trade with Italy’s Crotone FC netted the second goal in the 33rd minute as he gained from a superb corner kick played by Oghenekaro Etebo.

Liberia however pulled back one of the goals in the 89th minute through a penalty converted by Palsama.

Before that consolatory goal, Nwankwo had the chance to make it 3-0 but blew it. All effort by Lone Star to get the equaliser failed as Eagles ensured that President Weah’s jersey retirement match did not end in a draw.

Gernot Rohr’s men were originally scheduled to play Saudi Arabia but the match was cancelled because of concerns about logistics.

President Muhammadu Buhari was reported to have accepted the invitation to play against the Lone Star from the Liberian leader who is Africa’s only World and European Footballer of the Year to date.

Eagles went into last night’s game against Liberia three days after beating Seychelles 3-0 in their last 2019 African Cup of Nations qualifier which put them back on track in Group E.

Defeats to Libya home and away next month will effectively put Nigeria on the way to qualifying for the 2019 AFCON. Eagles have been absent from the last two editions of the AFCON in 2015 and 2017.

All six other players on the bench were fielded in the game against Liberia. 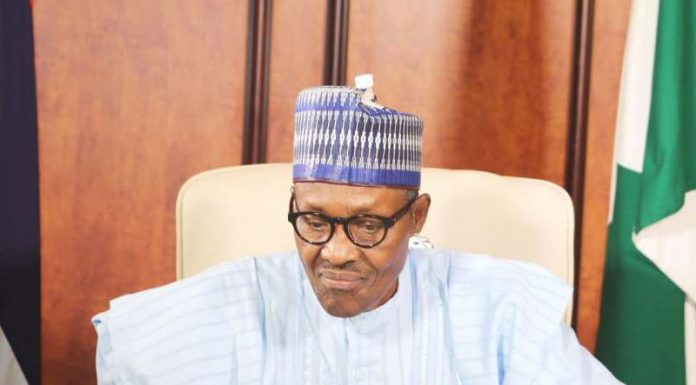 Buhari: No Country Can Develop Without Infrastructure