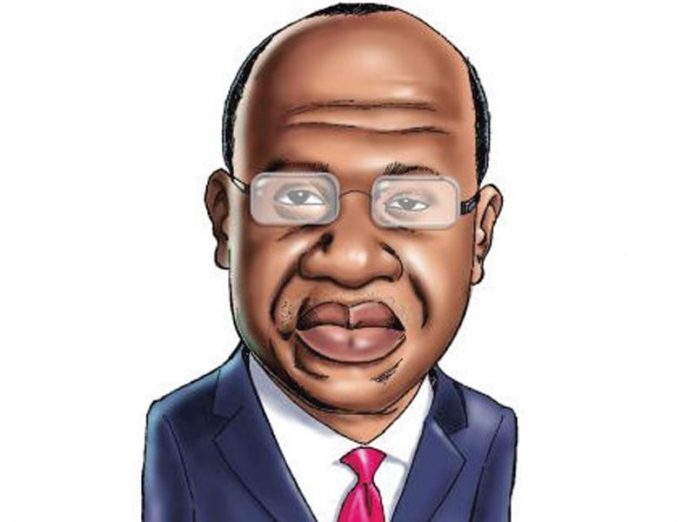 The recent order given to MTN Nigeria by the Central Bank of Nigeria to refund $8.134 billion illegally repatriated between 2007 and 2015 and the allegation of $2 billion tax evasion has continued to generate debate, writes Emma Okonji

Also affected was MTN Nigeria, which the CBN directed to immediately refund $8,134,312,397.63, which was illegally repatriated by the telecoms company, to the coffers of the bank.

The CBN Governor, Mr. Godwin Emefiele had on Tuesday, confirmed that MTN Nigeria would refund the money at the exchange rate at which they were remitted and not the curr
ent rate, leaving the telco with the potential loss of over $4 billion in exchange rate.
However, exactly a week after the central bank’s directive, the federal government through the Attorney General of the federation wrote MTN Nigeria, directing the company to pay $2 billion as taxes that it failed to remit to the government in the past 10 years.

Although MTN has distant itself from any wrong doing in the transactions, as well as the tax evasion, telecoms industry stakeholders are worried about the development and called for proper investigation into the financial transactions. According to them, if the rules guiding funds repatriation from the country were violated, then those involved should be held responsible for such lapses.

The issues
An insider of the telecoms company who preferred to remain anonymous because of the non-disclosure and non-compete clauses of his termination benefits, claimed “there is a lot more with the payments than the MTN and banks want the public to believe, while calling for a forensic audit” that will uncover much more.
He also chided the financial institutions involved in the matter over what he described as their failure to adhere to the Know-Your-Customers (KYC) policy of the apex bank.

The source alleged that of the original $402 million investment upon which the $8.1 billion profit was remitted over a few years, a sizable chunk of it was treated in the books of MTN as “equipment finance”, and quarried the said equipment finance and the vendors.

The source also alleged that the capital inflow the telecoms company claimed to have brought into Nigeria as equipment finance were “over invoicing.”
The source insisted, “The invoices from the transactions were from third parties and sub-companies related to some of MTN directors. Some of the invoices were not directly from MTN itself.”

The source pointed out that investors in the MTN Private Placement, which took place in February 2008, obtained foreign exchange loans from local banks for the purpose of investment in the telecoms company, only for them to subsequently repatriate foreign exchange as though they were foreign investors for FX which they sourced from Nigeria, at the official exchange rate. According to the source, investors took dollar loans from Nigerian banks to invest in MTN and eventually repatriated the money out of the country as if they were part of the capital importation originally.

The source also said: “Most of the monies MTN took out were not sent to MTN accounts in South Africa. Rather, the monies were sent to sub-accounts in Mauritius, and other safe havens.”
Also, the CBN Governor, Mr. Godwin Emefiele said he was aware of all sorts of documents being paraded by different people with a view to misinform members of the public on the MTN Nigeria matter, saying the investigation of the telecoms company spanned over a period of 30 months, on several issues and not just on the illegal capital repatriation.

According to Emefiele, the central bank always held the view of supporting the telecoms company and indeed all foreign investors in the economy.

He said owing to that, MTN Nigeria was in the past pardoned in a number of infractions that it was involved in.
“However, the latest hammer came when they (MTN Nigeria) clearly took liberty for licence in flouting Nigeria’s foreign exchange laws in the manner of the funding of their equity investment into MTN and subsequent capital repatriation that resulted thereafter,” he said.

“They brought in $402 million and said about $350 million of that was equity and the balance was loan, and they were issued CCIs for the equity. They later reversed that position when they reaslised that the loans will not attract the kind of taxation equity investiment will attract. And they altered the structure of their funding in a clear violation of the spirit and intent of Nigeria’s foreign exchange regulations,” the CBN Governor explained.

Emefiele disclosed that other infractions by MTN Nigeria with regards to shares by local shareholders and whether CCIs were issued within 24 hours were some of the contraventions by MTN Nigeria that were forgiven earlier, stressing that on this matter, MTN Nigeria manipulated the regulations for maximum profit and tax avoidance, without regards to the laws when they embarked on unauthorised conversion of loans to equity so as to game the system and exploit loopholes.

Allegation of Tax Evasion
On the issue of tax evasion, the Attorney General notified MTN in a letter that his office made a high-level calculation that MTN Nigeria should have paid approximately $2 billion in taxes relating to the importation of foreign equipment and payments to foreign suppliers over the last 10 years and requested MTN Nigeria to do a self-assessment of the taxes.

The Attorney General intends to recover up to $2 billion of tax relating to, inter alia, import duties, VAT and withholding taxes on foreign imports/payments, the government said.

But reacting to the latest allegation of tax evasion, MTN in the statement insisted that it had cleared all outstanding taxes within the said period, saying it would continue to reject the findings of the Attorney General’s investigation because it believes it had fully settled all amounts owing under the taxes in question.

Speaking on the Attorney General’s ‘demand notice for historical tax obligations, MTN Corporate Relations Executive, Mr. Tobe Okigbo said: “MTN has conducted a detailed review of these claims and provided evidence of tax remittance to the Attorney General’s office. The Attorney General’s notice indicates that he is rejecting this evidence. We believe that all taxes due to the Nigerian government have been paid and these allegations have not been raised by any of the revenue generating agencies that MTN engages with regularly, and from whom MTN has received numerous awards for compliance.”

Stakeholders React
President, Association of Telecoms Companies of Nigeria (ATCON), Mr. Olusola Teniola argued that the law does not frown at repatriation of funds generated as revenue and therefore insisted that repatriation of funds by MTN should be allowed, irrespective of the size of the funds.
“The only thing to be worried about is if such repatriation is not consistent, not transparent and not in line with the rules of the CBN.

“If it is true that the repatriation was not transparent, then we have a challenge with our financial system to have allowed such amount to be repatriated without CBN approval. The situation will raise a lot of doubts in the mind of foreign investors who are willing to do business in Nigeria,” Teniola said.
He, however, said the CBN’s order was untimely and harsh, coming two years after the Senate of the Federal Republic of Nigeria had investigated the same issue and exonerated MTN of any wrong doing.

Also, the Chairman of the Association of Licenced Telecoms Operators of Nigeria (ALTON), Mr. Gbenga Adebayo said he would not want to apportion blames on the CBN for its directive on MTN to refund repatriated funds.
He explained that the burden of proof that there was an infraction on the MTN financial transactions with the four banks over funds repatriation, lies on the CBN, based on the earlier report on the investigation of MTN by Senate on the same issue, which freed MTN of any complicity.

Reacting to the CBN order on MTN over refund of $8.134 billion to the CBN coffers, MTN had in a statement said it got the approval of the CBN for all dividends it had declared in the past, and that the Senate investigation on alleged funds repatriation had since exonerated it from any complicity in illegal funds transfer.

“MTN Nigeria strongly refutes these allegations and claims. No dividends have been declared or paid by MTN Nigeria other than pursuant to CCIs issued by our bankers and with the approval of the CBN as required by law.
“The issues surrounding the CCIs have already been the subject of a thorough enquiry by the Senate of Nigeria. In September 2016 the Senate mandated the Committee on Banking, Insurance and other Financial Institutions to carry out a holistic investigation on compliance with the Foreign exchange (monitoring and miscellaneous) Act by MTN Nigeria and others. In its report issued in November 2017, the findings evidenced that MTN Nigeria did not collude to contravene the foreign exchange laws and there were no negative recommendations made against MTN Nigeria,” the statement said.

“MTN Nigeria, as a law-abiding citizen of Nigeria, is committed to good governance and to abiding by the extant laws of the Federal Republic of Nigeria. The re-emergence of these issues is regrettable as it damages investor confidence and, by extension, inhibits the growth and development of the Nigerian economy,” the statement further said.

Implications of MTN fine
Speaking on the implication of the MTN fine, Adebayo said it could discourage willing investors who would be afraid of recouping their investments in Nigeria. He warned that care must be taken not to send wrong signals to potential investors who are willing to invest in Nigeria. He called on the CBN to consider inviting MTN to a meeting to resolve the issue.
Access Bank CEO, Herbert Wigwe, told Reuters that he expected a resolution on the matter.

Earlier fines
The recent CBN fine on MTN, came at a time when MTN is still struggling to complete payment of the N1.04 trillion fine imposed on it in 2015, by the telecoms industry regulator, the Nigerian Communications Commission (NCC), for violation of SIM card registration order. Aside that, MTN, along side other telecoms operators, had in the past, fined for delivering poor quality of service rendered to its subscribers.

The NCC had in October 2015 fined MTN a whopping N1.04 trillion for its failure to disconnect 5.2 million improperly registered SIM cards on its network within the prescribed deadline. After much plea on the part of MTN management for a reduction, the fine was subsequently reduced by 25 per cent to N780 billion, and further reduced to N330 billion, out of which MTN has paid N165 billion and it is due to pay another N55 billion by December this year and complete the balance payment by 2019.