2023: Groups, Melaye Descend on Keyamo, Tinubu over Comments on Atiku 2 hours ago

MOVING AWAY FROM OIL ECONOMY 2 hours ago

US, Bagudu’s Brother Near Deal on Kebbi Governor’s Money Laundering Case 3 hours ago 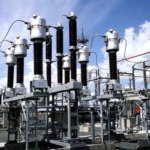 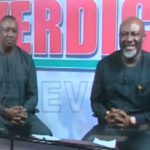 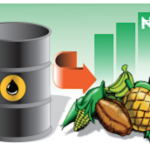 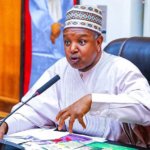 Rivers State Governor, Nyesom Wiki has announced the release of N500 million to the Ignatius Ajuru University of Education for the expansion of key facilities in the institution, just as it graduated a total of 4,182 students.

The institution also conferred on former President Goodluck Jonathan the award of ‘Icon of Democracy’, in recognition of his contributions to the growth and survival of democracy in the country.

Wike who is the visitor to the university, disclosed this, weekend, at the 35th and 36th combined convocation ceremony of the institution, held in Port Harcourt, Rivers State, said “For us, providing quality education for our people is an absolute necessity as nothing can be more important.

“That was why we have and will continue to prioritise the provision of quality education for our children and adults alike to acquire the knowledge and skills that they needed to succeed and contribute to our collective progress.”

The governor said at the tertiary level, his administration would continue to expand both access and quality with the progressive injection of more resources for the provision of relevant learning resources and infrastructure.

According to him, “Here in this university, we recently released the sum of N200, 000,000 as capital grant for fiscal year 2017 and we are happy with the qualitative deployment of this money by the vice chancellor to meet the infrastructure needs of this university.

“We are also pleased with the progressive increase in enrolment being experienced by the university in recent times, which shows a growing confidence in the quality and relevance of the programmes.

“These unparalleled achievements clearly testify to the fact that the institution is fulfilling its mandate of producing quality teaching and administrative manpower to drive the educational needs of the state and our nation.”

In his remarks, theta Vice Chancellor of the University, Professor Ozo-Mekuri Ndimele, commended the Rivers State Governor for his investments in developing the institution.

Emphasising on the reasons for the award, the University Orator, Professor Boma Obi, said Jonathan’s advocacy for true democracy knows no bounds, adding that the institution was particularly inspired by his commitment to peaceful electioneering process, especially his declaration that his political ambition is not worth the life of any Nigerian.

She said unlike other political gladiators, Jonathan set a new benchmark by peacefully handing over power to an opposition political party.

Responding, Former President Goodluck Jonathan expressed gratitude to the institution for the honour done to him saying, “ I want to specially thank the Senate of the University for considering my family worthy of double honours, with the conferment of the honour of Icon of Democracy on me and the naming of the new automated university library after my wife, Dame Patience Jonathan.

“I always attach so much importance to any recognition coming from home because I strongly believe that no prize commands higher value than the one given by the beneficiary’s direct constituency.”

He described the visit as like a home-coming for him, as a former lecturer in the Rivers State College of Education, which was upgraded to a full-fledged university.

“Let me also say that I had good job satisfaction here, compared to all the other places I have worked. I know that the only major challenge academic staff face is with the reward system, considering the fact that as a nation, we are yet to get to the point where we pay our teachers the wages they deserve.

“However, for all the hindrances teachers face, they derive a fulfilling experience and satisfaction from the special relationship they cultivate with their students. This is because bringing up the young ones is very rewarding in a very distinct manner. The bond, friendship and sense of loyalty is eternal.