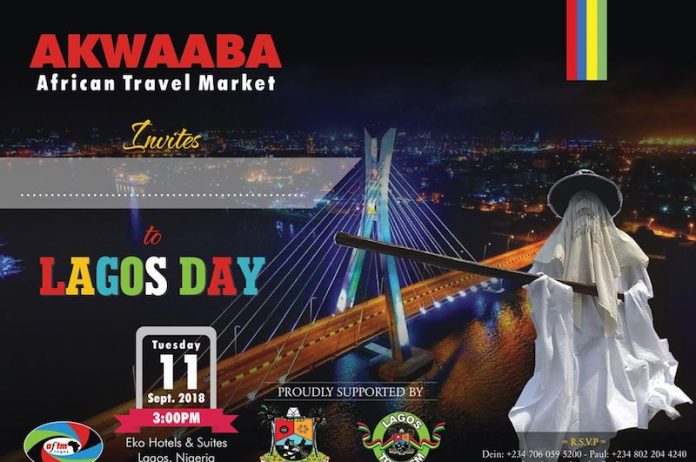 But the state pointed out that it would give the 14th edition of the event its signature tune. The organiser of the travel event said with the changing face of the city of Lagos amid ongoing infrastructural development, delegates to the 14th expo would be treated to the taste of Lagos as never before.

“You have heard all the stories of Lagos. Some good, some bad; but no report is better than a personal experience. This is what the government of Lagos through its Ministry of Tourism is promising delegates to this year’s African Travel Expo,” the organisers explained.

They noted that this hosting is in line with effort to make true the vision of Mr. Akinwunmi Ambode, the governor of Lagos State, to transform Lagos, Africa’s most populous city and the second largest economy in West Africa, in creating an enduring architecture for the business of tourism to thrive to support continuous prosperity of the state as it targets its low hanging fruits of its massive entertainment, culture and heritage

The Governor earlier in the year noted that the state was channelling a lot of resource to creating an enduring architecture for the business of tourism to thrive, with an understanding that tourism does not stand on its own; that it is the infrastructure supporting it that actually allows it to thrive; hence, the upbeat about putting the infrastructure in place.

Dubai Airport Passenger Movement Rises
Dubai Airport had its second busiest month in July as passenger numbers topped eight million during the month.
Airwise.com reported that July saw 8.2 million passengers passing through the airport, a 1.8 per cent increase on the same month last year, and second only to August 2017’s 8.23 million. It was also the fourth month the airport beat the 8 million passenger number.

Eastern Europe was the fastest growth region in July with traffic up almost 25 per cent, as low-cost carrier flydubai added routes. CIS passenger numbers rose by 18.34 per cent and Africa 9.7 per cent. Overall, India was the top destination country with a over one million passengers, followed by Saudi Arabia and the UK. In city terms, London was the most popular destination from Dubai, followed by Kuwait, Mumbai and Riyadh.

Brazil to Increase Visa to Nigerians
The Brazilian Envoy in Lagos has promised more visas for Nigerians as commercial and people-to-people relations improve between Nigeria and Brazil, News Agency of Nigeria (NAN) has reported.
The Consul-General of Brazil in Lagos, Ambassador Flavio Bonzanini, told the wire agency in Lagos that his government was willing to increase its visas to Nigerians.

“We have the interest to foster the relations between our two countries. We have a very significant importance in Nigeria as the largest country in Africa and the most important economy on the continent.
“At the moment, we think that the issuance of visas to Nigerians will increase naturally, as our relations get better.
“There will be a natural way to increase visa issuance to Nigerians as more commercial and people-to-people relations increase between Nigeria and Brazil,’’ he said.

The consul-general said that his government had instructed the Consulate to always examine and investigate every visa applicant’s family and personal conditions, as provided in their information and documents.
“Nowadays, it is important to know that every country tries to examine each and every person who wants to visit their countries.
“We have instructions from our government to examine, for instance, what Nigerians seeking visas to Brazil will be doing, where they will stay and whether they have sufficient means to travel to Brazil,” he added.