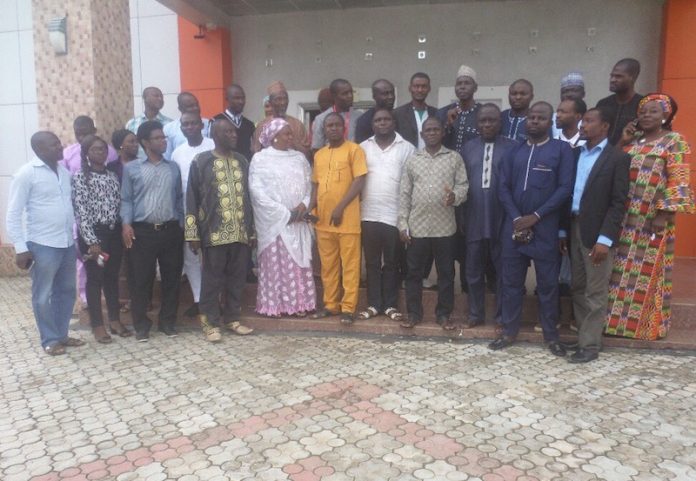 With about 43,500 people currently living with HIV and AIDs in Nasarawa State, the United Nations Children’s Fund recently launched a partnership with media executives and practitioners on prevention of Mother to Child Transmission, and Adolescents and Young Persons Support, to check the spread of the disease in the state. Emmanuel Ukumba reports

Recently, the United Nations Children’s Fund (UNICEF) organised a meeting with media executives, reporters, and producers on Prevention of Mother to Child Transmission (PMTCT)/Adolescents and Young Persons (AYP) Support in Nasarawa State. The reason was simple: to check the increasing spread of HIV/AIDS across the state.

Worried by the widespread HIV/AIDS explosion in the state, UNICEF recently organised in Keffi, headquarters of Keffi Local Government Area of Nasarawa State, a one-day meeting with media practitioners in Nasarawa State on prevention of the dreaded disease and among adolescents and young people.

Speaking at the one-day meeting in Keffi, the executive director of NASACA, Dr. Ruth Adabe, said, “AYP currently on Anti-Retro Viral (ARV) treatment as at June 2018 in Nasarawa State is 4,245, comprising 976 males and 3,269 females, with females being the most affected group. In 2016, over 240,000 adolescents between the ages of 10 and 19 were living with HIV, making up seven per cent of the total number of people with HIV/AIDS in Nigeria.”

Adabe, who was represented by the state HIV/AIDS and STIs Control Programme Officer, Dr Peter Attah, called on residents to always know their health status in the interest of their health and for the overall development of the country.

According to her, “Reports from a 2017 National Health Survey show that only 29 per cent of women and 27.9 per cent of men between the ages of 15 and 24 could correctly identify ways of preventing sexual transmission of HIV/AIDS, and reject major myths around transmission.”

According to him, “Some of the major drivers of the disease among AYPs in Nigeria are multiple and concurrent sexual partners, intergenerational sex, sexual coercion and low risk perception. Others includes pervasive gender inequalities and gender- based violence, poverty, unemployment or underemployment and widespread HIV/AIDS related stigma and discrimination, early and forced marriage, female genital mutilation and widow inheritance, ineffective sexually transmitted infection (STI) programming and poor integration of HIV/AIDS. ”

The HIV/AIDS specialist stated that with the increasing number of deaths due to the dreaded disease, and the growing population of the world’s children aged 0 to 19, projected to increase to 2.7 billion by 2030, there was an urgent need for partnership in the HIV/AIDS response for children and adolescents to refocus efforts and redouble investments.

Baba recommended measures that could help in the control of HIV/AIDS to include increased advocacy by UNICEF with key programmes, especially the SAPC, remote programme implementation in security challenged areas, and continuous support to NASACA to provide means of identification, such as ID cards or reflective jackets (branded) to the volunteers.

In a paper presentation titled, “Role of Media as Advocates Addressing AYP To Make Right Choices”, Managing Director of Kaduna State Media Corporation, Tamani Yusuf, said the media could greatly influence adolescents and youths in making the right choices. Yusuf said there was need for the media to influence the choices that the Adolescents and Young Persons (AYPs) make, through positive programming and news items they present. She added, “The media can serve as a big motivator for AYPs. They can motivate them to know that if they can dream it, they can achieve it. The media should also raise public awareness on the importance of parents making their children their friends, so that they can discuss openly with them; parents also need to be connected to their children. Thus, the media should encourage parents to know the type of friends their children/wards keep. They should also Impact moral values and education so that the ego cannot be influenced by peer pressure to imbibe negative habits. Parents need to inculcate strong religious, social and cultural values. Parents need to be good role models and inspire AYPs to dream big.”

She said some of the issues adolescents struggled with included depression, dropping out of school, peer pressure, mood swings as a result of hormonal changes, friendship, coping with stress, teenage pregnancy, and anxiety. She said there was “need to share experiences with them so that they can tap into the wisdom of other people who passed through similar challenges before them.”

Furthermore, she said the media had a mandate to arm AYPs with values to help them stand against corruption and other issues.

“They need to be guided on what is right in terms of justice, patriotism, honesty, truth and good morals. AYPs should be encouraged that in the face of obstacles, they must not give up. The media must encourage parents to teach AYPs the right values, how to spend their time, monitoring their smart phones, how many hours they watch television and how they use their computers,” Yusuf stated.

She concluded by tasking the media practitioners to initiate programmes on dangers of drug abuse, HIV/AIDS and other issues, as well as develop jingles in different languages of Nigeria.

UNICEF consultant on child protection and adolescence specialist, Faruk Chiromari, when delivering a paper at the meeting, stated that it was important to guide and redirect adolescents on roles expected of them in the family and society to prevent them from making wrong choices. Chiromari explained that without guidance, teenagers might become pregnant before they are ready, adding that they may also get infected with Sexually Transmitted Diseases (STDs), as well as the dreaded HIV/AIDS.

His words: “Parents should find time to talk with their children to let them know that there is safe sex. You have to talk to them about the consequences of unprotected sex. They may act on impulse as a result of hormonal changes.”

Chiromari said addiction to cyberspace also cut short their physical activities, resulting in an unhealthy and sedentary lifestyle. “Internet addiction adversely impacts on academic activities. Even though they may use the internet for research and learning, they may delve into other areas; hence do not say no to Internet, but observe and track what they are using the Internet for. You have to redirect their usage of the internet,” he cautioned.

The expert said no matter what AYPs were told in schools, churches or mosques, they end up following their role models. He, thus, cautioned parents against letting their children get the wrong role models, saying parents should, instead, “be their role models by being friendly with them.”

He explained that aggression among boys was noticed during adolescence, when the young boys developed muscles, consequently warning that at such times, it is expected that they are prevented from access to firearms and alcohol, as well as violent movies.

Earlier, the Communication Officer of UNICEF, Kaduna Field Office, Rabiu Musa, said the aim of the meeting was to provide knowledge and orientation to the participants on PMTCT, AYP and HIV/AIDS situation in order to tackle the menace in the country.

Musa said, “The aim is also to review and document programmes of the media in Nasarawa State in supporting the dissemination of PMTCT, AYP and HIV/AIDs messages, to leverage airtime and produce links for dissemination PMTCT, AYP/HIV and AIDS messages and to develop media plans by the participating media organisations for implementation.”

Musa called on the media to continue to educate the public on the dangers of the scourge, considering its negative effect to societal development, adding that UNICEF, in collaboration with Nasarawa State Government, had developed a work plan to run from 2018 to 2019 with focus on PMTCT and AYP issues to curb the rising menace of the scourge in the state.