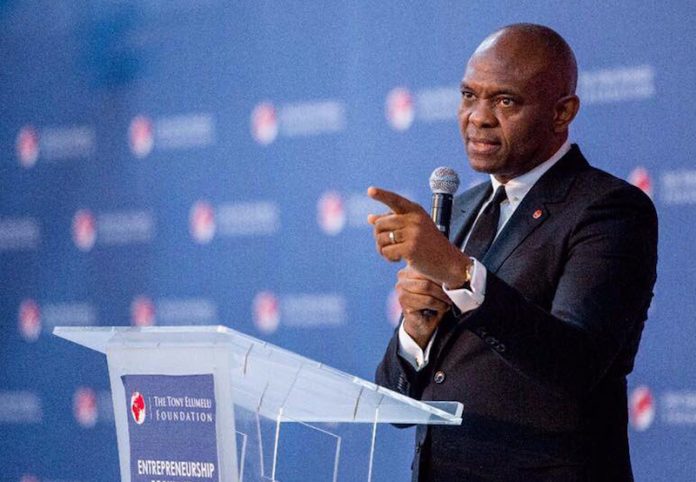 Oluchi Chibuzor
The Chairman of Heirs Holdings, Mr. Tony Elumelu has called for urgent passage of the healthcare bill into law.
This, according to him, would help alleviate the enormous health challenges in the country.

Speaking during the unveiling of Avon Dialysis Centre in Lagos recently, the Heirs Holdings boss, said with a proper health insurance scheme, more people would easily access healthcare.
He argued that passing the bill into law would give affordable healthcare to the citizenry, promote tourism and increase the enormous potentials in the sector.

The less than five per cent of the population that signed up to the National Health Insurance Scheme (NHIS), according to Elumelu, was poor.
He added: “We need the legislature to pass the bill, and that will change the health sector. As more people cannot pay for medical services, hospitals cannot invest more.”

He appealed to the National Assembly to help deliver quality healthcare to Nigeria by ensuring that the healthcare bill is passed into law.
On her part, the chief executive officer of Avon Medical Services Limited, Dr. Awele Elumelu, said Avon Dialysis Centre was a response to the increased rate of diabetes, saying reports had shown Nigeria has the highest number of diabetic patients in Sub-Saharan Africa.

Lamenting brain drain, which he said has been affecting every critical sector in the country, Idris disclosed that an average of 15 young Nigerian doctors migrate to Britain weekly, robbing Nigerian hospitals of human resources.

History of Poor Conduct of Elections in Nigeria