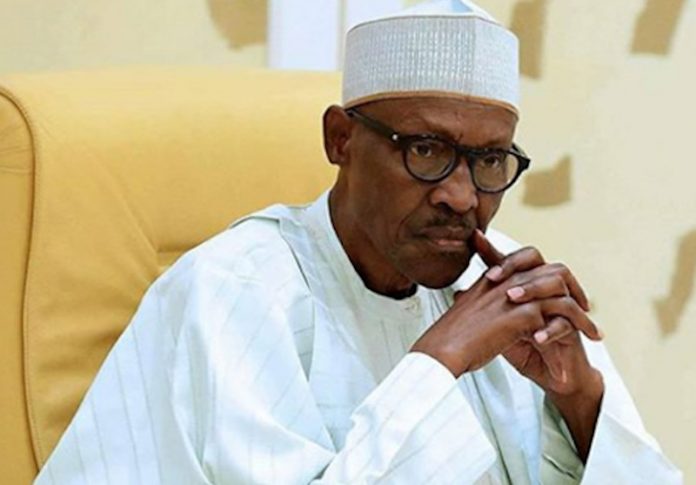 President Muhammadu Buhari has for the third time vetoed the Electoral Act Amendment Bill 2018, putting in jeopardy the mandatory use of card readers and electronic transmission of results, the alteration proposals provided to engender a more transparent electoral process for the country.

The president’s decision to veto the bill was announced yesterday by his Senior Special Assistant on National Assembly Matters, Senator Ita Enang, after keeping the country in suspense for several days.

Enang said in a statement that Buhari’s decision was contained in a letter dated August 30, 2018 addressed to the National Assembly.

According to him, the president withheld assent to the bill because the federal legislators failed to effect the earlier observations he asked them to review.

The veto drew the ire of the main opposition Peoples Democratic Party (PDP) yesterday, which said it was obvious all along that the president would not sign the bill because some of its provisions would inhibit the capacity of the All Progressives Congress (APC) to compromise the 2019 general elections.

Enang stated that Buhari in his preparedness to assent to the bill, had earlier called a meeting of both members of the Senate and House of Representatives, asking them to review some sections, which if retained would leave the Independent National Electoral Commission (INEC) with only nine days to compile the list of candidates.

According to him, given the provision of Clause 87(14) in the bill, which gives political parties between 120 and 90 days to elections as the latest period to submit names of their candidates, INEC will be left with only nine days to compile the list of candidates of 91 political parties, which he felt would be insufficient for the electoral body.

According to him, this is so because the bill did not amend Sections 31 and 34 of Electoral Act 2010, which give political parties 60 days to the elections as the latest date to submit the list of candidates and 30 days to elections respectively for the publication of names of candidates by INEC.

He also cited what he described as drafting and referencing errors as parts of the reasons for rejecting the bill.

He said the president was left without an option than to reject the entire bill because bills do not give room for any alteration but to either wholly accept them as they are or reject them.

Enang said he was compelled to make these clarifications to avert misinformation.

The statement read: “President Muhammadu Buhari, GCFR, has by communication dated August 30, 2018, to the Senate and the House of Representatives declined Assent to the Electoral (Amendment) Bill, 2018.

“I pray for leave, that in view of public interest, the fact of the National Assembly vacation, the imperative to avoid speculation and misinformation, that I give just a few of the rationale by Mr. President.

‘’Mr. President is declining assent to the Electoral Amendment Bill due to some drafting issues that remain unaddressed following the prior revisions to the bill.

“Mr. President invites the Senate and House of Representatives to address these issues as quickly as possible so that he may grant President Assent to the Electoral Amendment Bill.

“A few of the outstanding issues are:

‘’The proposed amendment to include a new Section 87 (14) which stipulates a specific period within which political party primaries are required to be held has the unintended consequence of leaving INEC with only nine days to collate and compile lists of candidates and political parties as well manage the primaries of 91 political parties for the various elections.

“For clarity, may I provide some details of the provisions referenced?

Clause 87 (14) states: ‘The dates for the primaries shall not be earlier than 120 days and not later than 90 days before the date of elections to the offices.’

“The Electoral Act 2010 referred to herein states; in Section 31: ‘’That every political party shall not later than 60 days before the date appointed for a general election submit to the commission the list of candidates the party proposes to sponsor at the elections.

Section 34: ‘’That the Commission shall at least 30 days before the day of the election publish a statement of the full names and addresses of all candidates standing nominated.

Section 85 (1): “That a political party shall give the commission at least twenty-one days’ notice of any convention, congress etc., for electing members of its executive committees or nominating candidates for any of the elective offices.’

“For the avoidance of doubt, neither the Constitution nor any written law allows a President or a Governor to whom a Bill is forwarded by the Legislature to edit, correct, amend or in any manner alter the provisions of any such Bill to reflect appropriate intent before assenting to same. He is to ASSENT in the manner it is or to withhold ASSENT.

“On the under listed bills earlier transmitted, namely:

“Mr. President has communicated his ACTION to the National Assembly.”

THISDAY reported recently that several critical stakeholders, including civil society groups, election monitoring groups, pro-democracy organisations and the PDP had expressed their anger at the seemingly unfriendly disposition of Buhari to the alterations to the electoral law.

Specifically, the opposition PDP had accused the president of refusing to sign to the bill because the proposed amendments make the use of card readers for accreditation for election and the transmission of results electronically mandatory, suspecting that the ruling APC was planning to rig the 2019 general election.

With the veto, the National Assembly, which resumes on September 25, 2018 would have to decide either to correct the referencing errors cited by the president or exercise its powers under S58 (5) of the Constitution, which states, “Where the President withholds his assent and the bill is again passed by each House by two-thirds majority, the bill shall become law and the assent of the President shall not be required.”

Reacting to the development yesterday, the PDP said the veto would not stop Nigerians from voting Buhari out of office in 2019.

The National Publicity Secretary of the party, Mr. Kola Ologbondiyan, in a statement, said the APC and Buhari were not ready for a free and fair election.

“Nigerians are ready to vote out Buhari under whatever guise he conducts that election. Whether he wants to guarantee a free and fair election or not, Nigerians are sick and tired of him and they will vote him out.”

He said that the clerical and drafting arguments put forward by the president could not in any way outweigh the importance of amendments meant to engender a free, fair, credible and transparent elections in 2019.

Ologbondiyan stressed, “It is now manifestly clear to Nigerians that all the reasons adduced by President Buhari for withholding his assent in the past were lame excuses.

“The PDP, therefore, charges the National Assembly to stand with Nigerians in the overall quest for credible elections by immediately overriding President Buhari on the bill.”