Mr. Solomon Asemota (SAN)-led Christian Social Movement of Nigeria (CSMN) and other Christian organisations  had said that the national ideology bequeathed by the founding fathers of Nigeria at Independence was democracy and every effort should be made to ensure that the nation’s democracy is neither undermined nor abrogated,expressing concerns at emerging signals towards the 2019 elections.

This was contained in a communique issued at the end of a conference tagged: ‘Think Democracy’, at the Daughters of Divine Love Retreat and Conference Centre (DRACC), Abuja, to evaluate developments in the country and the challenges confronting governance in Nigeria.

The conference was orgainsed by CSMN in collaboration with other groups like National Christian Elders Forum (NCEF); Legacy Initiative International; Advocates for Freedom and Democracy (AFD), a coalition of 58 Christian groups; Nigerian Christians in Diaspora; the Clergy Forum for Peace and Development in the Niger Delta, and Christian Ministers Universal Forum.

The conference said it was persuaded that the war against terror can best be won with a ‘’God-fearing leader’’ voted into power in 2019, adding that electing a ‘‘religious fundamentalist’’ to lead is a national resistance against terror by extremists and will constitutes a cosmetic war against insurgency.

Conference noted the need for Nigeria to make God a significant factor in conducting the affairs of the country, and that Christians should get actively involved in politics to provide the necessary balance rather than stand at the sidelines to complain against the religious and social imbalances.

The conference also expressed concerns at emerging signals towards the 2019 elections, which it said indicated that the leading political parties in Nigeria are preparing to present candidates from the same regions, to the neglect of others so-long-marginalised from the political space, especially the endangered northern Christians.

Advising Christian candidates to join political parties and contest for electoral offices, especially the presidency, the conference advocated for the creation of a common forum for Christian and Muslim leaders to meet and work at providing quality political leadership for the country.

The conference further recognised the capacity of Legacy Initiative International to facilitate the forum, insisting that the foundation of Nigeria needed redressing in the form of a restructuring of the country, which should be a major agenda of the 2019 elections.

It also condemned in very strong terms the abduction and continued incarceration of Leah Sharibu on account of her firm stand against renouncing her Christian faith for Islam in exchange for freedom from her Islamist captors, demanding immediate government intervention to secure her release.

Calling on all Christians to contribute funds to support her family, the conference, as a gesture, immediately raised donations for Leah Sharibu’s family.

Conference also advocated the stipulation of a code of conduct as a mechanism for holding Christians in public offices accountable to God, to the Church, and to the general citizenry and expressed the need to promote unity among the several Christian bodies and to urge the Christian Association of Nigeria (CAN) to ensure Christian synergy for national transformation.

The well-attended conference also reiterated the need for a deliberate agenda for promoting the participation and representation of women, youths, people with disabilities, and ethnic minorities at all levels of governance, while introducing a social mobilization movement tagged ‘’Think New’’, to mobilize Nigerians to develop a new mind-set for social transformation. 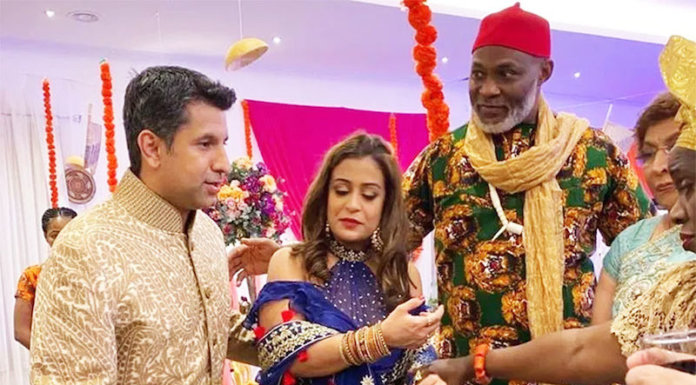