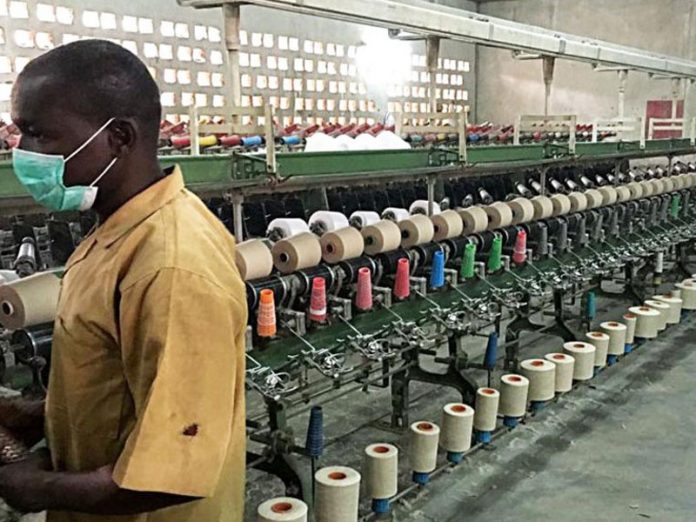 James Emejo writes that though the newly announced guidelines for real sector financing at single-digit interest rate may have excited manufacturers, farmers and industrialists, analysts have cautioned against possible abuse of its administration

The Real Sector Support Facility (RSSF) recently announced by the Central Bank of Nigeria (CBN) has a sole objective of improving credit to the real sector of the economy, which had over the decades been starved of critical financing needed to grow the economy and create jobs.

But under the new guidelines, the apex bank stated that banks interested in providing credit financing to Greenfield (new) and Brownfield (new/expansion) projects in the real sector (agriculture and manufacturing) may request the release of funds from their Cash Reserve Requirement (CRR) to finance the projects, subject to the bank providing verifiable evidence that the funds shall be directed at the projects approved by the CBN.

According to the CBN, this programme involves investment by the CBN and the general public in corporate bonds (CBs) issued by the corporate, subject to the intensified transparency requirements for Triple A-rated entities.

“Such requirements would include publishing through printing of an Information Memorandum spelling out the details of the projects for which the funds are required together with terms and conditions showing that these are long-term projects that are employment and growth stimulating,” it added.

Among other things, it reeled out severe punitive measures to try to stop any form of abuse, typical in the Nigerian system including forbidding operators involved in trading activities from accessing its real sector support facility and warned banks that attempt to “falsify through presentation of projects that do not meet the eligibility criteria/specified terms and conditions shall attract severe penalties.”

However, experts, who spoke to THISDAY on the new policy, applauded it, but were also quick to sound a note of caution on the implementation of the scheme, which allows funding to be accessed at single digit interest rate of nine percent with seven year-tenure and two-year moratorium- and with up to N10 billion allowed for each project.

Already, the Minister of Agriculture and Rural Development, Chief Audu Ogbeh, who had been appreciative of the new policy intervention in the real sector had pointed out that the scheme might be hijacked by the “big guys”, therefore denying the common people, who formed the bulk of the population the needed access to financing.

And sensing a possibility that people may want to subject the facility to abuse, he assured that his ministry will join hands to ensure that farmers repay loans granted them under RSSF.

The minister had said any borrower would have “to swear to God and yourself that you will repay. We don’t want the banks losing all their money on grounds of charity.”

He, however, expressed concern about the common farmers who form the bulk of the population as they may be unable to meet conditions for accessing the CBN intervention.

Nevertheless, Ogbeh gave the assurance that, “We are going to work out a system where co-operatives become the borrowers on behalf of their members since they don’t have relevant collateral to provide the banks.

“We want to sit with the CBN and tell the banks that a certain portion of your loans must be reserved for people who are borrowing N300,000 to N2 million especially young people who want to add value.”

He added:”We will work out a formula where no one is left out because if the big guys take it (and banks will rather deal with the big guys to save them the problem of pursuing borrowers all over the villages), the cooperative will do the job.”

In similar manner, other experts who spoke with THISDAY also expressed their reservation particularly as it concerns implementation and the disposition of the banking industry towards the real sector financing.

An economist and former Managing Director of Unity Bank Plc, Dr. Mohammed Rislanudeen, pointed out that the policy might not achieve the desired objectives of stimulating growth and reducing the unemployment rate because of banks’ attitude to lending to the sector.

“This is in view of the fact that the deposit money banks have low risk appetite to real sector lending as they face their specific challenge of having non-performing loans and capital adequacy ratios within the CBN-approved limit of five per cent maximum and ten per cent minimum respectively.

“The programme is essentially aimed at increasing the flow of credit to both agriculture and manufacturing sectors through the use of a Differentiated Cash Reserve Requirement regime and the Corporate Bond (CB) funding. Ordinarily the initiative would have been an incentive given the fact that CRR funds are tied with CBN at zero interest rate,” said Rislanudeen.

He added:”Indeed the monetary policy committee has sometimes in 2017, reduced CRR from 25 per cent to 22.5 per cent with a view to encouraging DMBs to direct the excess funds towards supporting real sector lending.

“At the risk of being pessimistic, the policy might not achieve the desired objective of stimulating growth and reducing the yet-to-be subdued unemployment rate. This is in view of the fact that the deposit money banks have low risk appetite to real sector lending as they face their specific challenge of having non-performing loans and capital adequacy ratios within the CBN approved limit of five per cent maximum and ten per cent minimum respectively.

“The DMBs are not lending because of lack of liquidity as most of the systemically important ( mega) banks have liquidity ratio of over 50 per cent. CBN should rather initiate more intervention fund programmes and also enable NIRSAL to provide partial risk guarantees to DMBs that are willing and able to invest in real sector lending at single-digit interest rate and at minimum of five years tenor.”

According to him:”The CBN intervention is a laudable idea as it seeks to radically transform the credit spaces and release much needed funds to the real sector, notably the agricultural and manufacturing sector.

“Government is liberalising funding by encouraging large corporates to issue corporate bonds into which the CBN and the public can invest. This is quite interesting even though a note of caution must be sounded given the propensity of even large corporates in Nigeria to take advantage of the system.”

Fasua added:”As regards access to part of banks’ 22.5 per cent Cash Reserve Ratio, I would say it is high time because banks have always complained that they are made to sterilise too much of their funds. Since banks can no longer leverage public sector funds, there is every need to loosen the controls on private funds a bit.

“However, our economic managers must note that the problem with the real sector is not only finance and in this instance, we must keep an eye out for abuse and mismanagement.”

Also, speaking on the new financing initiative for the real sector, Professor of Finance and Capital Market at the Nasarawa State University, Keffi, Prof. Uche Uwaleke, further advised the CBN to device means to check possible diversion of funds into unintended purposes.

He said:”Judging from the experiences of countries like China and Lebanon, the differentiated CRR promises to impact positively on the real sector of the economy.

“The N10 billion per project financing in Agric and manufacturing sectors at single-digit interest rates should help lower production costs and free up resources for research and development purposes leading to improved competitiveness. It will also lower inflation rate in the medium-term and open up job opportunities. But all these depend on how the policy is implemented.

“The CBN should put in place measures to check possible abuses such as diversion of funds to ineligible sectors. This is usually the major challenge with implementing a price discrimination strategy especially if it is difficult to clearly separate markets/sectors.”