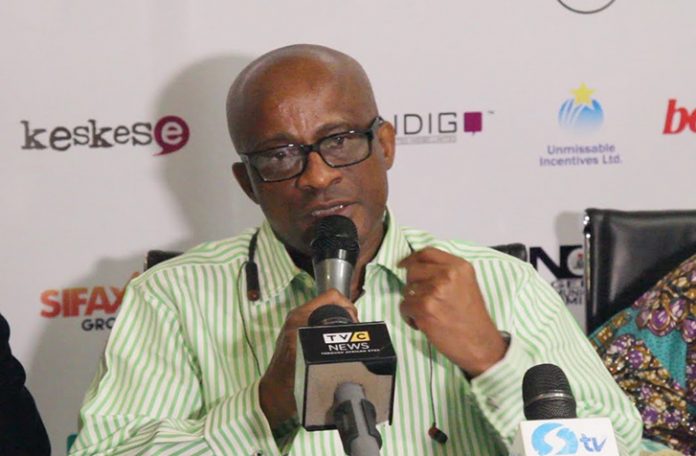 As Lagosians and sports enthusiasts await the completion of the new Onikan Stadium, the Executive Chairman of the Lagos State Sports Commission, Dr. Kweku Tandoh, has given an insight into what awaits them during an inspection tour of the edifice on Tuesday, as he stated that the new Onikan Stadium, which is expected to be completed next year January would also serve as a tourism drive, hospitality, entertainment and sports in line with Governor Akinwunmi Ambode’s vision.

The 5,100 seater stadium also have the capacity to house about 9,000 fans during concert and entertainment.

An obviously satisfied Tandoh said, “I’m very satisfied with what I have seen so far and from the plan, I would rather look at the new Onikan Stadium as a multi-purpose entertainment centre . Therefore, Lagosians should expect more from the use of the stadium after completion.

“The place will not only be just for sports in line with our governor’s position as it will be merging tourism, hospitality, entertainment and sports together. This is what we will have here as the facility for football will accommodate 5,100 spectators.

“All the acoustics would be built in as an entertainment centre. We have seen the plan for medical, security arrangements, dressing rooms, doping room, referees room and so on. The consultants and the contractors have been guided by FIFA’s specifications in terms of the pitch, and dimensions and others.

“I can tell you that this centre will be quite exciting as it will be transformed into a tourism and entertainment area. By the time this project is completed this area will not be the same again,” he said.

On his part, the Managing Director of Slavabogu Nigeria Limited, the projectcontractor, Mr. Zekeriya Ersin, said the company understands the vision of the governor and

“Every facility has been put in place and we are working with a FIFA accredited architect to meet with the governor’s expectations,” Ersin said.