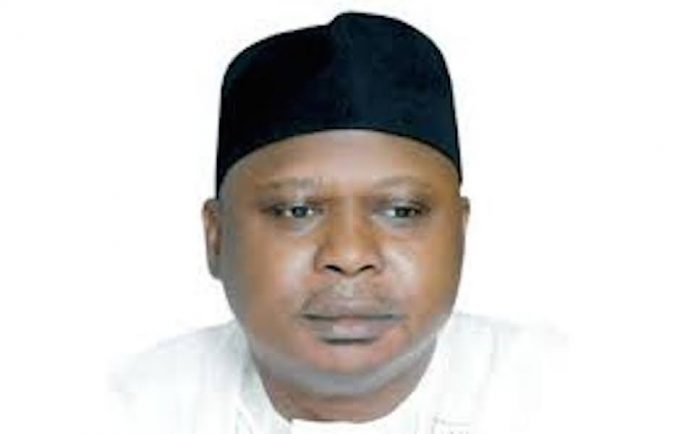 A former Minister of Special Duties and Intergovernmental Affairs and one the presidential aspirants on the platform of the Peoples Democratic Party (PDP), Kabiru Turaki, has said that neither the party nor the aspirants have reached any agreement to field a consensus presidential candidate ahead of next year’s general election.

Turaki disclosed this Wednesday in Abuja after picking his nomination and expression of interest forms at the PDP headquarters in Abuja.

Speaking through his Director of Publicity, Kabiru Tanimu Turaki Presidential Campaign Organisation, Mr. Sola Atere, Turaki noted that the position of the party has always been to give every aspirant a level playing field, without the leadership of the party forcing any consensus candidate on the aspirants.

According to him, “The position of the party is that the party is not forcing the aspirants to a consensus. The party just want the aspirants to discuss among themselves. I can tell you on good authority now the position, because each aspirant has been coming here to pick the form. So that presupposes for now that there is no discussion amongst them for a consensus, otherwise only one person would have probably picked the form at this stage.”

The former minister stressed that everyone who has come out in PDP are qualified, adding that they are qualified to the extent that they can perform better than the All Progressives Congress (APC) government currently.

Speaking on Kwankwanso’s ordeal, he stated: “I’m not speaking for Kwankwaso. But let me start by saying that the injury that they are inflicting on Kwankwaso is one of the things Nigerians will see and will not vote for them. And that is part of the factors that will reduce the 12 million votes.

“Having said that, they are doing nothing new, because since they have come there, they have been harassing people. You saw the Gestapo approach in arresting judges. People know that they are just abrasive. They want to intimidate and humiliate people to submission. But I can assure you if we get the ticket, it is going to be a different ball game because we are not going to accept that. And of course, the international community is watching.

“It is part of the game plan to harass people, intimidate people and possibly anybody that they see that has a strong potential to challenge their own candidate, they want to beat them down. So that at the end of the day, they want to have a semi-autocratic regime in place.”

Reacting to the claim by President Muhammadu Buhari’s supporters of having 12 million votes in the North, he said things have changed a lot from what it was in 2015, stressing that Nigerians will not vote a government that is responsible for their present predicament.

Turaki stated: “What they are saying was way back in 2015. Things have changed. When you have not been in power, you can make all sorts of forecasts. Now the scenario has changed. Nigerians have seen to what extent the APC government can perform.

“The so called 12 million voters they are laying claim to would have been reduced. Because look at the economic situation. Where people are complaining that they cannot even have one square meal, how do you expect them to come out and go and aggravate votes up to 12 million for somebody who has been the architect of their misfortune?”

Reacting to the recent comment made by the Special Adviser to the President on Media, Mr. Femi Adesina, while featuring on Channels Television where he said that the Minister of Finance, Kemi Adeosun’s alleged certificate forgery was not a corruption case.

According to him, “Media have been reporting the so-called certificate saga. One of them is having issues with a university that it looks like the certificate has been doctored. Then you have a minister who doesn’t have NYSC certificate. They are claiming that it may not be corruption. I don’t know their own definition of corruption. Corruption is not all about money alone. Corruption is all about perversion of integrity. Nigerians know all these things.”