At the start of every edition of the AMVCAs – Africa Magic Viewers’ Choice Awards – call for submission of films, made-for-television movies and television series is made. The winning entries are by a judging panel led by a head judge. For the 2018 edition of the awards slated for September 1, that head judge is Deborah Odutayo. In this interview with Ferdinand Ekechukwu, she speaks about her appointment, her passion for the film industry, and the AMVCA task before her

How do you feel about being appointed as the head judge to lead a team you have being part and parcel of right from the outset?

I feel humbled. Because I’m a very private person, I like to keep my life simple, private and just concentrate a 100 per cent on my work. But it has been a humbling experience and so while the whole process goes on usually the first year, second year and third year and then I had that call from Mnet this year to be the head judge. I knew the responsibility because I have seen some of the processes. You don’t really see what goes on behind, but you see the tense moment that Uncle Femi Odugbemi (past head of jury) has putting everything into it. So I knew it was going to be a really tough time and I knew it was going to be also an experience that will humble me more because I’m also passionate about the industry.

What does this appointment mean to you having been a member of the panel from the foundation?

It means me making sure that everything about this industry grows better. You see it’s not about the appointment because the appointment was really just a phase of it all. It’s looking at what the industry has become. What Nollywood is doing and what television is doing. A lot of people keep saying you cannot judge movies and drama series. Yes, they are two different genres. But how do you now identify an actor whether it is in a movie or drama series – is all about talent. So I think to a large extent, we have that right. But, yes, you may say for a drama series the actor does not give it the story or how you are judging the person does not allow you the way you do in a movie because a movie is like one hour, two hours and you are done. A drama series is continuous. So the character will evolve and will develop and all that. But at the end of the day it is still acting. Don’t forget this is just the sixth year. So at this point when the noise is so much we are listening. We associate with it; we understand as well. But the judging process, the way it goes, does not really affect whether it’s in a drama or movie, we are judging an actor.

Is it right to conclude that your appointment saddles you with some extra responsibilities?

Yes, it does. Don’t forget that with the AMVCAs, I think also the industry needs to be more educated whether we would have to have workshops; we would have to have training – to say how to even enter for the AMVCAs. You know a lot of directors – I’m not saying everybody. Maybe one or two of them have made that mistake of entering, without even notifying the director; without even notifying the executive producer. And you follow the due process: it gets to the jury, they score it. It gets nominated and then the director starts wondering: ‘What is going on? Why is he the one nominated? Why am I not nominated?’ The judges cannot help the movie.

The judges cannot help change that process. That process is telling us that the directors, the owners of these movies, those that have entered it need to really check. Because it’s a very taxing process and we do not joke with it. We get into that process by 7:00am every day. Sometimes, we don’t leave until 1:00am or 2:00am. They finish at around 11:00pm or 12 midnight. As the head judge, because I have to ensure that everything works, I don’t leave there until about 1:00am or 2:00am. So practically, we are locked up in a place – no other life; no other thing – and you are stuck because you must watch. You must give a fair hearing. You must give a fair watch of everything – all the processes and all the entries. They are massive. You are watching series and you are watching movies but because we know the strength of our jury, we differentiate whose strength is in what. For instance, if it’s writing, we have judges that take care of that.

We have directors. We have people like you (critics) as well. So if my make-up in this movie was very good and my director did not enter it and then the other movie that wasn’t as good was nominated because that one entered for it, there’s no way we can change the entry of the producers or the directors or the executive producers. As a filmmaker, as a producer, as a director, you should be able to pay attention to details in ensuring and knowing the gravity of what that entry is for you. Because sometimes they enter those names and if we have to look at everybody how somebody has made a mistake or how somebody has not done it properly, some entries will not even scale through at all.

They think it’s a joke that once they send their movies that’s it. Sometimes you see where the producer has written the title of the movie and they have put one person’s name. How fair is that? And then when we look at the end credit just to be sure sometimes, we see two persons’ names. What do you do? And there’s no feedback; no way to get back to them.

What is new on the 2018 AMVCAs because it is learnt that films made for television movies or television series previously entered into or nominated for an award are eligible for submission which wasn’t the case previously?

On the contrary, the window is much wider and all films, made-for-television movies or series are eligible for entry to the AMVCAs if they are broadcast or publicly screened during between October 1, 2016 and March 31, 2018. This means the eligibility window is now 17 months – an improvement from last edition’s 11 months. Thus, we’ve catered for a whole array of film titles. There are TV movies and series made within a certain period of time. No, it’s not just made. It’s exhibited within a year. There was one or two that we had to go online to actually check. Because that’s the best thing we can do. Sometimes, when we see or there’s a discomfort or if there are any challenges like that we just go online and check the producer to see what year it was released and if it’s still eligible. That process is done before it gets to the judges. So whatever is being judged, it has passed through about five phases of screening before it gets to us.

How many categories are there for the 2018 AMVCAs?

There are a total of 27 categories with seven categories open to public voting and 20 being categories to be decided by the AMVCA panel of judges.

Why are there more categories this year?

This change reflects the established importance of the AMVCAs amongst film and TV stakeholders on the continent and the need for a more critical approach to some of the categories. The viewers will, nonetheless, continue to select their favourites in critical categories including Best Actor, Best Actress and Best Short Film or Online Video.

There are few other television and film awards on the continent. How has AMVCA distinguished itself, especially as it is considered the biggest celebration of film, television production and talent in Africa?

Yes, you have (other awards organisations). But are they also internationally acclaimed? Even before the AMVCA there are ones that have been there and still big and still there. And so is AMVCA. There’s no competition really. The more awards we can acknowledge to our filmmakers I think the better for them all – for us all, actually. Although the awards have always made room for inclusion, it has become even more so. We introduced region-specific recognition a few years ago and it has been well received across participating countries.

How has the AMVCAs helped improve the quality of entries received year after year?

The quality of entries has improved and we have also seen the expansion of the categories. Even as the entries continue to reflect the Pan-African importance of the awards while fostering partnerships among filmmakers across the continent. Without a doubt, in its six editions, the AMVCA has established itself and remains the biggest celebration of African film and television talent.

It is believed that after every edition of the AMVCAs the panel sits and reviews the outcome. Could there have been any occasion where the panel feels remorse for the outcome of a decision taken which unexpectedly puts them in a negative light for any recognition or award given?

Well, like I said it cannot happen really because there is an intense process that goes on. From day one that I have been part of this process, it has been like there are no compromises – I promise you. So there has never been any regret. Yes, like I said, don’t forget it’s an industry thing. And it’s not what we want that makes it. It is the entries that we see. So there are no biases there.

Sometimes, the public get to frown upon some decisions, thinking that some recognition and awards fall short of expectation

A particular scenario played out in 2016 in the movie, ‘Dry’ by Stephanie Linus, which won the Best Overall Africa Movie 2016 but didn’t win in the regional category for Best West Africa Movie it emerged from which Genevieve’s ‘Road to No Where’ 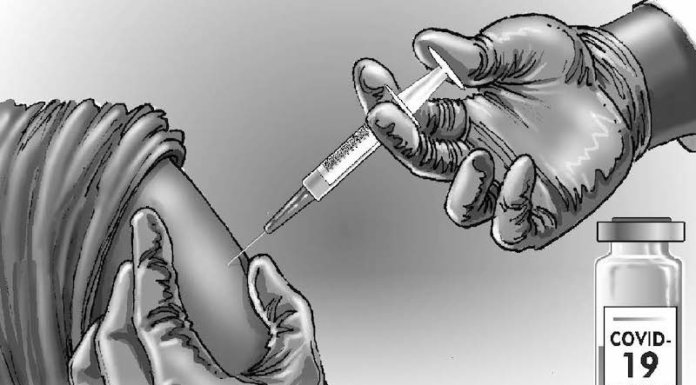