The quadrennial threat to Nigeria football is in the air again following yesterday’s notice to Nigeria by the world football governing body, FIFA, for the country to resolve its football administration crisis or face a lengthy ban from all global tournaments.

Aside Nigeria, fellow West African country, Ghana, is also in the same ring but yesterday’s final warning would be the fourth time since 2006 that FIFA would be directly involved in post-FIFA World Cup tournament administrative affairs of the country leading to ever volatile election process into the Glass House!

In the media release from Zurich yesterday, the world body seems to have ran out of patience over the festering crisis and announced the decisions of Bureau of FIFA Council in relation to undue influence in the affairs of the Nigeria Football Federation (NFF) and the Ghana Football Association (GFA).

The statement read: “In line with art. 16 par. 1 of the FIFA Statutes, the Bureau of the FIFA Council decided that if by Monday, August 20, 2018, at 12:00 (CET), the Nigeria Football Federation (NFF) offices are not handed back to the legitimate NFF executive committee under President Amaju Melvin Pinnick, who was duly elected on 30 September 2014, the NFF will be suspended with immediate effect for contravening art. 14 par. 1 i) and art. 19, as well as art. 14 par. 1 a) of the FIFA Statutes.

It stated that the suspension would be lifted only if the status quo of Confederation of African Football (CAF) Vice President, Amaju Pinnick and the scribe of NFF, Mohammed Sanusi are allowed to function in their respective official capacities.

“The suspension would be lifted only once the NFF, under President Amaju Melvin Pinnick and General Secretary Mohammed Sanusi, confirms that it has been given back effective control of the NFF and its offices.

“Furthermore, the Bureau decided that if the suspension of the NFF takes effect, the Nigerian team currently competing in the FIFA U-20 Women’s World Cup France 2018 will still be allowed to continue to participate in the tournament on an exceptional basis given that the tournament is underway.

“However, the Bureau of the Council considers that the petition introduced by the Attorney General to the High Court of Justice to start the liquidation process of the GFA constitutes undue influence in the affairs of the GFA in contravention of art. 14 par. 1 i) and art. 19 par. 1 of the FIFA Statutes.

“Under these circumstances, the Bureau decided that if the petition to start the liquidation process of the GFA is not withdrawn by Monday, 27 August 2018 at 12:00 (CET), the GFA will be suspended with immediate effect. The suspension would be lifted only once the above-mentioned petition is withdrawn and FIFA is given written proof thereof,” it stated.

Nigeria’s constant threat to suspension on administration problems by the world soccer body is dated back to 2006 after the FIFA World Cup which the Super Eagles failed to qualify to play for the first time since its debut at USA 94 event.

The then Chairman of the Nigeria Football Association (NFA), Alhaji Ibrahim Galadima, was coerced to step down by the presidency through the Federal Ministry of Sports and thus midwifed the coming of Alhaji Sani Lulu Abdullahi as the newly elected president.

However, after the World Cup finals in South Africa where Super Eagles did not go beyond the preliminary stage, the then President of the country, Dr. Goodluck Jonathan, was wrongly advised to pull the national team out of all competitions to enable a total reorganisation of the game from the grassroots instead of perennial participation at global events without any chance of meaningful impact.

FIFA thereafter place Nigeria under suspension which was lifted on 8th of October two days to October 10 AFCON qualifying match against Guinea in Conakry after the President rescinded the initial statement to withdraw Nigeria from international tournaments.

Four years later, after Super Eagles second round exit at Brazil 2014 and with another election into the board of the NFF slated for the following month, the federation’s helmsman, Alhaji Aminu Maigari was ousted through an emergency congress initiated by the then Sports Minister, Tammy Danagogo.

On July 23 of the same year, eight out of the 13 board members passed a vote-of-no-confidence on Maigari and was replaced by the 1st Vice President, Mike Umeh who was in charge in acting capacity.

But with FIFA ban looming and Falconets’ fate of participating at the FIFA Women U-20 World Cup tournament in Canada about to vanish, the rebels within the NFF board were flushed out with the active support of the Department of State Service (DSS) for sanity to return to the administration of the Beautiful Game in the country once more.

FIFA thereafter restored Nigeria back into its fold of football playing nations.

With Maigari out of the picture, a supposed level playing field was declared for all contestants. Then began the present lingering crisis that has been on since 2014 between Amaju Melvin Pinnick and Christopher Giwa.

The inability of the two groups to agree on the date for the elective congress to usher in a new executive led to two different elections in Abuja and Warri.

The Giwa group who were not sure of getting the majority of the NFF stakeholders ignored the September 29 FIFA approved congress in Warri and held its own election at Chida Hotel in Abuja where Christopher Giwa emerged President of NFF on August 26.

To preempt the election in Warri from holding, the Giwa group sought and got a court injunction stopping the FIFA approved elective congress from taking place.

Some how, NFF claimed it did not receive any court order stopping the Warri election from going ahead.

At a well-attended General Assembly at the BrownHill Event Centre in Warri, the former Delta State Sports Commission Chairman, Pinnick, was elected the new president of the NFF.

But the Giwa group would not accept, insisting that a court order was flouted in getting Pinnick elected.

They went back to court to nullify that election. He got judgment in his favour and tried to take over the Glass House.

Pinnick and his board appealed the judgment and won. Not satisfied, Giwa went to the Supreme Court. The apex court however referred the case back to the lower court for retrial.

However, Sports Minister, Solomon Dalung, who is from Plateau State like Giwa preferred to carry out what he called the decision of the Supreme Court by asking the Giwa FC proprietor to take over the affairs of the football house even before Pinnick returned home after Eagles crashed out of the World Cup in Russia.

Dalung also claimed that he was carrying out the Supreme Court ruling as interpreted by the office of the Attorney General of the Federation (AGF).

Even when another letter emanated from the AGF office asking the minister to stop further heating of the football polity with his interpretations of the case, Dalung simply ignored the directive from the Presidency, claiming it did not emanate from President Muhammadu Buhari.

Watchers of the events playing out in Nigeria football space are however wondering why all the attempts to claim a mandate that does not exist when the next NFF board elections are slated for next month in Katsina?

Perhaps, this new threat of ban from FIFA might put the matter to rest when Nigeria finally gets the chop from global football by next Monday, August 20.

How the Giwa group reacts to this warning from Zurich and the following action or inaction from the presidency in Abuja might be the final determinant of this nearly four-year old dispute. 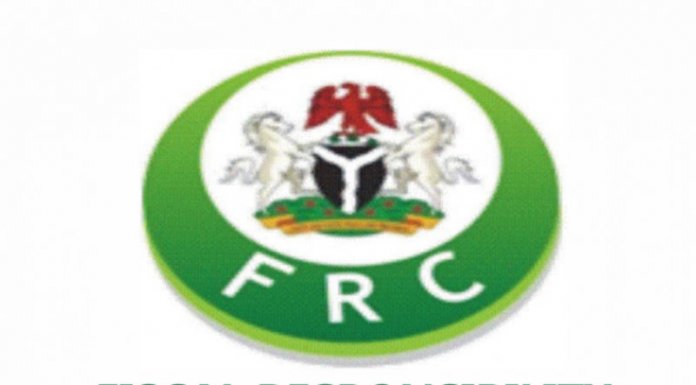