It will be a pipe-dream for President Muhammadu Buhari to believe he deserves the votes of the South-west because his government recognised and awarded Nigeriaâ€™s highest national honour to late Chief Moshood Abiola, the presumed winner of the June 12 1993 presidential election, elder statesman and a chieftain of the pan-Yoruba socio-cultural group, Afenifere, Chief Ayo Adebanjo has said.

The Buhari administration had pronounced June 12 as Democracy Day, to be marked with a public holiday, effective next year.

It also posthumously presented Nigeriaâ€™s highest national award of Grand Commander of the Federal Republic to Abiola during a ceremony in Abuja on June 12, to mark the 25th anniversary of the annulment of his election.Â

Chief Adebanjo, in his usual blunt manner told THISDAY in a recent interview: â€œThank you (President) Buhari for doing what is right, although belated. Full stop! Nothing more. If he is going to get any vote it will depend on his performance in the last three years, and not to give emergency recognition just to get votes, that doesnâ€™t work with the people of Nigeria or of Yoruba land, we are no dunces.

â€œI appreciate this good thing he did; nothing will deprive me from saying that he has done well by doing this thing, although belated. I donâ€™t want to read any meaning into it. It is a thing I have been agitating for, however belated. Even in his (Buhariâ€™s) own case, he has been there for three years, but he didnâ€™t do it until now. There is no question of drawing a red herring. If we begin to go into why he did it, it will defeat the benefit of the good thing that he has done. Let us acknowledge the good thing he has done and donâ€™t read any other meaning to it.â€

The elder statesman however said Yorubas wonâ€™t be deceived to vote for Buhari based on the honour done to Abiola: â€œYorubas are no fools. They can distinguish between good and bad. Nobody can bamboozle us on anything.â€

On whether President Buhari deserved a second term, Chief Adebanjo said: â€œI donâ€™t think so. I didnâ€™t think he even deserved the first term and his performance during the term confirms my belief. So, Iâ€™m not part of those to be asked if he deserves a second term. I am one of those who warned that it would be a tragedy to vote for him and he has proved me right.â€

â€œThose who voted for him should go and ask him what he has done in the first term, because second term is a question of performance.â€

He said all that the nation needed, including the Yorubas, was good governance, â€œwhich the Buhari administration has not provided.â€

On the eligibility of Abiolaâ€™s running mate, Alhaji Babagana Kingibe, for the award given to him by President Buhari, the Afenefere chieftain said: â€œThose of us who know the game of these Fulani people donâ€™t take them seriously. Kingibe was part of the conspiracy. Here is a deserter, a disloyal fellow, who enjoyed the benefits of deserting Abiola in time of need by being appointed Foreign Affairs Minister by somebody who did injustice to them. Now, when the country appreciates the stance and consistency of Abiola, he is now allowed to gain from the consistency of the person he was disloyal to. Those of us who know the game they are playing know these things. I donâ€™t want people to suggest that he gave something out and they cannot acknowledge it. Let us acknowledge the good thing he has done and stop there.â€ 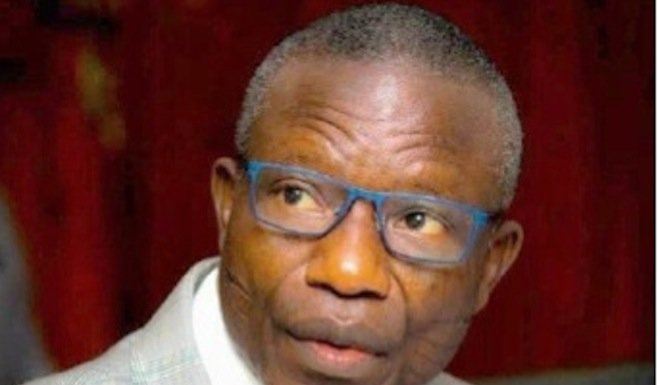