The Nigerian Stock Exchange (NSE) All-Share Index had in the previous week declined by 6.38 per cent to close at 36,816.29, while market capitalisation shed N908.2 billion to close at N13.3 trillion, following sustained massive sell off by some investors.

The four-week bear runÂ had led toÂ high apprehension among some investors and stakeholders, with expectation that the panic button may be pressed.

But relief came last week as the market rebounded, recovering N700 billion in terms of its market capitalisation, which closed at N14.008 trillion.

Similarly, the NSE ASI gained 5.03 per cent to close at 38,669.23. All other indices finished higher with the exception of the NSE Insurance and NSE Oil/Gas Indices that depreciated by 0.61 per cent and 1.34 per centÂ respectively, while the NSE ASeM Index closed flat.

According to analysts at Meristem Securities Limited, the market gained positive momentum following bargain hunting activities on the heavy weight counters in the market.

â€œThe low prices of the counters in the consumer goods and banking sectors was attractive enough to spur buying pressure in the market,â€ they added.

The market last MondayÂ recorded its first gainÂ Â  after losing for 12 day to rise by 0.36 per cent to close at 36,947.10. Although the market recorded 21 gainers and losers apiece, heavy weighted counters such as Guaranty Trust Bank Plc, Zenith Bank PlcÂ  and Nigerian Breweries Plc, FBN Holdings PlcÂ  made the bulls to have an upper hand.

Also, on the first day of the week,Â Â Japaul Oil and Maritime Services PlcÂ  led the 21 stocks with 9.0 per cent.Â  Custodian and Allied Plc and Eterna Plc that gained 4.9 per cent each. GTBank Plc garnered 4.5 per cent, just as AIICO Insurance Plc, FBN Holdings Plc and FCMB Holdings Plc appreciated by 3.5 per cent, 3.4 per cent and 3.2 per cent in that order.

Conversely,Â on that day, Oando Plc led the bears, sliding by 8.9 per cent, followed by Cadbury Nigeria Plc with 8.0 per cent. Presco Plc shed 5.0 per cent, while PZ Cussons Nigeria Plc and Sterling Bank Plc went down by 4.8 per cent and 4.6 per cent respectively. Jaiz Bank Plc and Law Union and Rock Insurance Plc got hair cuts of 4.4 per cent each.

But activity level weakened as volume and value traded dipped 39.2 per cent and 2.3 per cent to 314.5 million shares and N7.0 billion respectivelyÂ compared with the preceding Fridayâ€™s figures.

Commenting on the market performance on that day, analysts at Meristem Securities Limited had said: â€œPositive sentiment prevailed in the equities market following buying pressure on counters which have lost significantly in previous weeks, particularly heavily weighted stocks in the banking sector like GTBankÂ  and Zenith Bank.

â€œThis was enough to offset the impact of continued sell-offs in the consumer goods space.â€

However, the positive sentiments were sustained on theÂ second day on continuingÂ bargain hunting in heavy weight counters made the equities market to extend its gain.

Similarly, on the second day, Meristem Securities Limited had explained that the mood in the market was upbeatÂ  as investor appetite showed encouraging signs of improvement.

â€œBargain hunting on bellwether stocks such as Dangote Cement, Nigerian Breweries, GTBank drove the positive performance of the market.

â€œWe expect this trend to persist in the days ahead as investors continue to take advantage of the relatively low pricesÂ across the sectors,â€ they had said.

An analysis of the performance for that day had shown that Oando Plc led the price gainers with 9.8 per cent followed by International Breweries Plc that garnered 7.6 per cent. Dangote Sugar Refinery Plc chalked up 6.3 per cent just asÂ  HoneywellÂ  Flour Mills Plc, Okomu Oil Palm Plc and Nigerian Breweries Plc gained 5.0 apiece.

Similarly, Lafarge Africa Plc, Diamond Bank Plc and Fidelity Bank Plc appreciated by 4.9 per cent each, while FCMB Group Plc went up by 4.8 per cent.

TheÂ equities market extended its gains on the third day with the index rising 1.5 per centÂ  to close at 38,435.29.Â  TheÂ  positive performance was largely due to buying interest in Nigerian Breweries Plc, Dangote Cement and Zenith Bank.

The market recorded the fourth consecutive gainÂ last ThursdayÂ  appreciatingÂ  further by 1.58 per cent to close at 39,042.11, while market capitalisation added N219.8 billionÂ  to close at N14.14 trillion.

Sector performance on that day was also mixed as threeÂ  of fiveÂ Â  closed bullish .Â  The NSEÂ  Industrial Goods Index ledÂ  the gainers chart for the third consecutive session, up 3.7 per cent. The NSEÂ  Consumer GoodsÂ  Index andÂ  NSE Banking IndexÂ  trailed, increasing 1.0 per cent and 0.1 per centÂ  respectively. 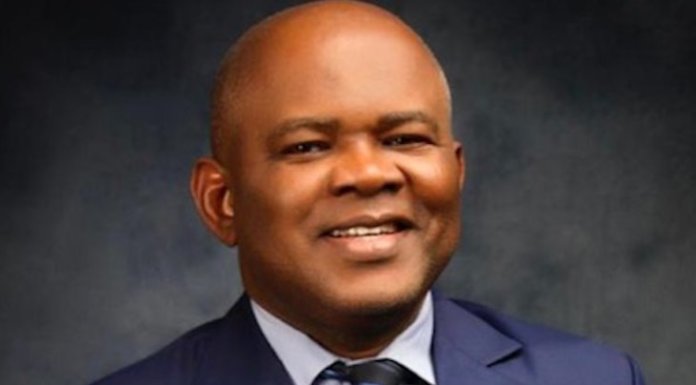