The Niger State Governor, Alhaji Abubakar Sani Bello, has said that his resolve to rebrand the state in line with the manifesto of the ruling All Progressives Congress (APC ) informed his actions in the last three years.

He said he was propelled by the need to change the narrative of the state from being a civil service state to an economically viable and solvent entity.

Governor Bello stated this in an interactive session with journalists in the state as part of activities to mark this year’s Democracy Day.

Giving account of his stewardship, the governor said he was fully prepared for the restoration agenda he set in 2015 after his electioneering in the 274 wards of the state, where he was confronted by massive infrastructural deficiency as a result of mismanagement of the state resources by the immediate past administration in the state.

“When we came on board, we met a decayed system with virtually all the infrastructures in dire need of attention and from the onset, we resolved to fix the infrastructural deficiency of the state, especially in the areas of education, health, roads and other sectors despite the merger resources of the state.

“The magnitude of the challenges we saw during the electioneering ahead of 2015 election made us not to play politics of making empty and unfulfillable promises to our people,” he said.

“So this guided us from making promises that were unattainable. We knew if we had promised heaven and earth, we will be in problem now, rather, we took on the challenges in line with the manifesto of our party and today we thank God, we are making tremendous head way.”

The governor also identified the decay in the basic education sector of the state as another area of concern on assumption of office.

“The sight of our public schools was pathetic. Our boarding schools were not fit and conducive for teaching and learning. Most of the schools have not been touched in the last 40 years that they were built. Our schools were in bad shape.

“Today, out of 40 boarding schools in the state we have fixed 9 schools under the whole school renovation project. These schools were totally rehabilitated with perimeter fence, well furnished domitories, new classrooms, laboratories, workshops, libraries and staff quarters as well as functional kitchens,” he said.

In the area of water supply, Governor Bello said his administration in the last three years have invested heavily on both urban and rural water scheme, took on and completed some abandoned water projects initiated by Abdullahi Abdulkadir Kure’s administration across the state while his administration has taken delivery of over 60 massive pumps for the rehabilitation and total turnaround of Minna, Bida, Suleja and Kontagora water plants.

Highlighting his human development and legacy plans for the state, he said he was committed to changing the people’s perception and belief that Niger State is “a civil servant’s state”.

He maintained that the state is endowed with a lot of potentials which the people can key into for economic improvement and dependence.

“I felt bad when I assumed office and there was this common phrase that Niger is a civil servant state.Â  It made me feel very bad. Therefore I want to leave a system and a legacy that will move the people as well as the state away from being dependent on monthly handout from the federal government to a self sustainable economy.

“For me the major legacy is to leave a sustainable financial and economically viable system where majority of our populace are financially strong and are able to take care and cater for themselves.

“We cannot continue to sit down and fold our arms and say Niger is a civil service state. It is not good enough. We can do better and we have started seeing results in the agricultural sector with the help of President Muhammadu Buhari ‘s idea of diversifying the economy.

“We have to help our people by sensitising them. We are to encourage them to engage in economic activities,Â  agricultural and mining activities. If we had planned and executed this 10 years ago, we would have been telling a different story now.

“IÂ  want us to become a commercial state. I want to expose Niger State,Â  we want to create a lot of business opportunities and activities,” he said.

On the calls by various groups across the state on him to seek for re-election in 2019, the governor in an affirmative response said he will seek for a renewal of his mandate during the next year general election.

“Yes, I will seek for second term. We will go for re-election,” Bello declared. “I want to appeal to Nigerlites to re-elect us to enable us complete what we have started.”

According to him, most of the projects and programmes embarked upon by his administration are still in gestation period that require his nurturing to fruition.

“Our projects are still in the gestation stage and need more time to work. That is why we are going to seek for re-election during next elections,” he maintained.

The governor also urged Nigerians to support and elect President Buhari for a second term, stressing that the president means well for Nigeria.

“President Buhari means well for Nigeria. He is so passionate about Nigeria that he forgets himself. He is not trying to deceive Nigerians, he is trying to get a great future for Nigerians.

“I want Nigerians to support and encourage Mr. President, pray for him. If he does well, Nigeria will be good.” 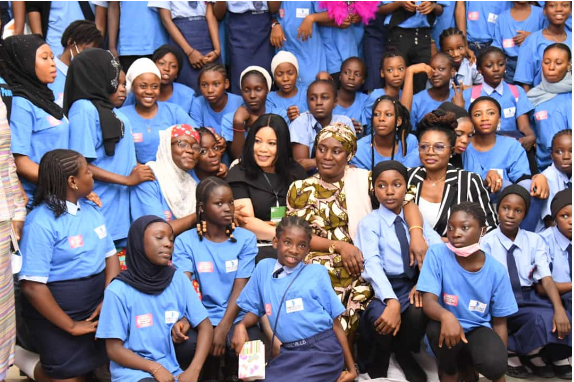