According to Shehu, he had wanted not to reply Omokri concerning the allegations against him, but thought it wise to do so in order to clear all doubts.

In his response, Shehu said: â€œPastorâ€ Reno Omokri is forcing me to do what I donâ€™t do. I donâ€™t react to published criticisms. I have spent my entire career in the media and as one who criticises others; you must be ready to take criticism.

â€œThis is about exposing a liar masquerading as a pastor. By the way, I have known and worked with exemplary pastors who are decent and from whom you learned more of the etiquette of truth telling. Take for example Pastor Emeka Izeze and his brother, Pastor Ifeanyi, or his friend, Pastor Segun Babatope. And lately, Professor Yemi Osinbajo, the Vice President and Pastor Femi Adesina. For those Reno tried to mislead, yes it is a fact that I worked in the media office of a PDP administration. Not for five years as the new-day pastor published but only for six months at which point it was announced on NTA news, to my surprise, that my letter of resignation had been accepted when I hadnâ€™t written any,â€ Shehu said.

Narrating his own side of the story, Shehu said: â€œI learned of course that I was fired because the head of the country at that time, who believed that every published criticism was sponsored by an insider, read the weekly magazine, The News, and didnâ€™t like what was written about him.

â€œAnother point the â€œPastorâ€ keeps making is that he was my colleague at that time. No, he wasnâ€™t. His boss was. The Reno I knew was a Personal Assistant (PA) to a Principal Officer like me. He didnâ€™t attend meetings and didnâ€™t receive official briefings as we did but ran errands for his boss,â€ he explained.

He added that not being a principal officer by status, he could not have had an office opposite my own. He may, however, have perched on a stool in one of those offices but I didnâ€™t take particular notice of which one. He was, however, very personable at that time.
Reacting to the allegations, Shehu said â€œPastorâ€™â€™ Reno lied by calling him an AGIP – meaning an unprincipled person ready to serve any government in power. The period he was referring to was one in which my boss ran into bad political weather and some of us around him were scapegoated.

I was locked in DSS detention many times, my houses in Kano and Abuja broken into and valuables, including cash some of which were never returned were seized. I was going to court for two years and for the most part of which I didnâ€™t have a passport. In the course of that trial, the judge presiding called back my lawyers, Niyi Akintola, SAN and Rickey Tarfa, SAN, after an adjournment to say that â€œI didnâ€™t mean that he should be kept in DSS detention. I said he should be taken to Kuje Prison,â€ and thatâ€™s where I was kept. Under detention in the DSS I was stripped down to the pants and photographed head to toe. All that didnâ€™t make one to capitulate, Shehu said.

He further explained that when the group lost to Muhammadu Buhari in the party primaries, the candidates in that race, Governor Rabiâ€™u Musa Kwankwaso, Waziri Atiku Abubakar, Rochas Okorocha and Sam Nda-Isaiah surrendered their media assets to the winner who had the grace to ask me to lead the media team. When we won, he (then President-elect Buhari) invited me to serve as one of his two spokespersons and I pledged 100 per cent loyalty to him and thatâ€™s where I am. This cannot be AGIP by any standards, he insisted.
He therefore called on Omokri to stop lying, if only to help the pastoral calling to retain its good name. Otherwise he should quit the ministry. 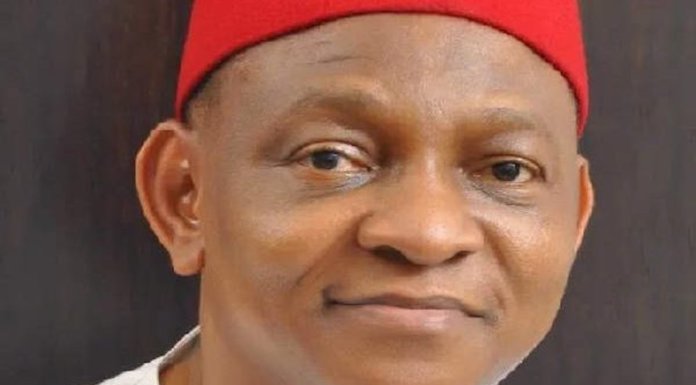