PDP: Tinubu Haunted by His Plan to Relocate FCT to Lagos 5 hours ago

Report: Gas from NNPC Delivered 2,812MW of Power Daily to Nigeria in One Year

Chineme Okafor in Abuja
Volumes of gas supplied daily by the Nigerian National Petroleum Corporation (NNPC) to gas-based power generation plants in Nigeria between January 2017 and January 2018, was able to provide 2,812 megawatts (MW) of electricity to the country within the period, a monthly report of the corporation has disclosed.

The report, which is NNPCâ€™s monthly operations and financials record for the January 2018, explained that between January and December 2017, the corporation supplied an average of 1,077.93 million standard feet per day (mmscfd) of gas to the domestic market, out of which an average of 672.92mmscfd or 62.43 per cent went to the power plants and 405.01mmscfd or 37.57 per cent supplied to domestic industries.

Similarly, the report noted that for the period between January 2017 and January 2018, a total of 3,054.33 billion cubic feet (BCF) of gas was produced in the country, representing an average daily production of 7,709.89mmscfd during the period.

Collectively, the report noted that 2,812MW average daily supply represented 76 per cent of the electricity that was available to Nigerians within the period.
â€œFor the period January 2017 to January 2018, a total of 3,054.33BCF of gas was produced representing an average daily production of 7,709.89mmscfd during the period.

â€œPeriod to date production from Joint Ventures (JVs), Production Sharing Contracts (PSCs) and NPDC contributed about 69.42 per cent, 22.58 per cent and 8 per cent respectively to the total national gas production,â€ said the report.

It further explained: â€œTotal gas supply for the period January 2017 to January 2018 stood at 3,045.37BCF out of which 425.96BCF and 1,337.58BCF were commercialised for the domestic and export market respectively. 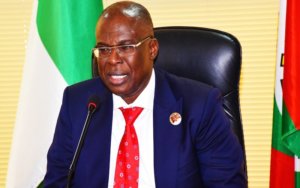 Campaign for Better Regulation through PIB