A former Governor of Anambra State, Dr. Chukwuemeka Ezeife, has identified restructuring as the only way through which Nigeria can regain its pride and attain sustainable development.

The event was the second Chinua Achebe International Conference organised by the Institute of African Studies, UNN with the theme: â€˜Wole Soyinka and the Literature of Commitment.â€™

The former governor, whose speech was heavily applauded, said: â€œThe country needs prayer now than ever before because it has completely lost its pride even in the comity of nations.
â€œWe cannot hold our head high anymore. Our country has been brought from wherever it was to the lowest level.â€

He noted that leaders in the country always jostle for space at the political terrain just because they want to satisfy their personal ambitions and that they do not care about how those who have elected them into these offices live and how they survive.

On efforts made to address the challenges facing the country, he said various moves have been made to ensure that Nigeria is restructured, particularly the political sector as that is the only way through which the country can rise again.

â€œWe recently organised a conference at Awka, the Anambra State capital, which was fully attended by the people of the South-south and the Middle Belt as well as other parts of the country.

â€œWhat we desire is a new Nigeria where every group will be represented equally. We also intend to go to the Middle Belt and hold a conference after which we shall go to Lagos and have a major rally where we shall announce the plans we have to tackle the many challenges facing the country,â€ he said.

On his part, the Nobel laureate, Prof. Soyinka, said it was a home coming for him, recalling his days with the late poet, Christopher Okigbo, in the early days of the university.

He said he considered himself a foundation member of UNN and extolled the universityâ€™s academic prowess.

â€œI am one of the key roots of UNN,â€ Soyinka said, expressing happiness that the campus still retained its natural serenity.

Speaking during an interview session, the member representing Nsukka/ Igbo- Eze South at the House of Representatives, Hon. Patrick Asadu, said they have not done enough as representatives of the people.

According to the lawmaker, there is still widespread poverty in the land which is abnormal.
â€œWe must ensure that there is a mechanism which would make it possible for various
representatives to be assessed to know if they are performing their duties optimally,â€ he said.

The lawmaker also said the people must always have access to those whom they have elected to serve them as that is the only way through which true democracy can be attained.

In his keynote speech, a one-time Commissioner for Education in Delta State, Prof. Hope Eghagha, said the conference provides a platform to interrogate both past and present experience to identify where everything has gone wrong in the country.

According to him, widespread differences in ethnicity and religion still exist among us as a nation and that is why communal clashes still persist, a development which has till now claimed a countless number of lives and property and continues to occupied the front burner of discussion in the country.

The high point of the event was the presentation of lifetime achievement awards Soyinka, senator representing Lagos Central, Tinubu, Asadu, among other deserving individuals. 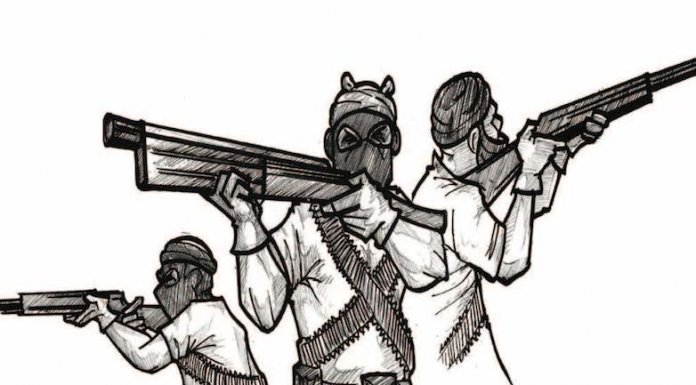 Weaponising Banditry: Of Irresponsibility and Insensitivity (3)