Following a suit filed challenging the eligibility of the All Progressives Congress (APC) candidate for the July 14 governorship election in Ekiti State, Dr. Kayode Fayemi, the party wednesday accused the state Governor, Ayodele Fayose, of masterminding the litigation to pave way for Professor Kolapo Olusola to assume office unopposed.

The party counseled the litigants seeking Fayemiâ€™s disqualification to stop their â€œwasteful move,â€ saying the issue had long been settled by the Supreme Court that only a court of law can stop a candidate from contesting.

A judicial panel set up by Fayose had last year recommended that Fayemi be barred from holding public office for 10 years on account of how he allegedly looted the state.

Based on this, a political party, the All Peopleâ€™s Party (APP) had filed a lawsuit praying the court to disqualify Fayemi from contesting the July 14 poll on grounds of his indictment by the Judicial Panel of Inquiry set up by Fayose to probe his administration.

Meanwhile, a chieftain of the party, Mr. Makinde Araoye, has said poor performance recorded by Fayoseâ€™s government would make victory easy for the opposition in the coming election.

Araoye expressed confidence that the teeming workers in the employ of the state government would vote massively for Fayemi, having experienced hard biting poverty in the last three years due to gross incompetence manifested in Fayoseâ€™s inability to pay workersâ€™ salaries and pension.

Reacting to the suit, APC state Publicity Secretary, Taiwo Olatunbosun, specifically accused Fayose of masterminding the lawsuit to cause distraction.

Olatunbosun said: â€œFayose has been trying all tricks to ensure that APC fails to win the July 14 election, but he will fail in all these needless scheming.

â€œIt will amount to futility to file this matter before a lower court after the Supreme Court had ruled in similar cases involving former Vice President Atiku Abubakar versus INEC and former Governor Ibrahim Shekarau of Kano State versus Senator Rabiu Kwakwanso when the highest court in the land ruled that no White Paper or indictment by any tribunal or commission, except the courts, can bar Nigerians from contesting election.

â€œWe will not be troubled by this needless distraction because our party, with its developmental blue print that will be sold across the state, is determined to win the July 14 election so that Ekiti State can be on her feet again for the challenges of rebuilding the state that has been bastardised by Fayose in the last three and half years.â€

Araoye said it was wicked and killing for a governor to be owing workers and pensioners eight month arrears in an environment that was heavily anchored on civil service monolithic economy, adding this had further lowered the standard of living of Ekiti populace. 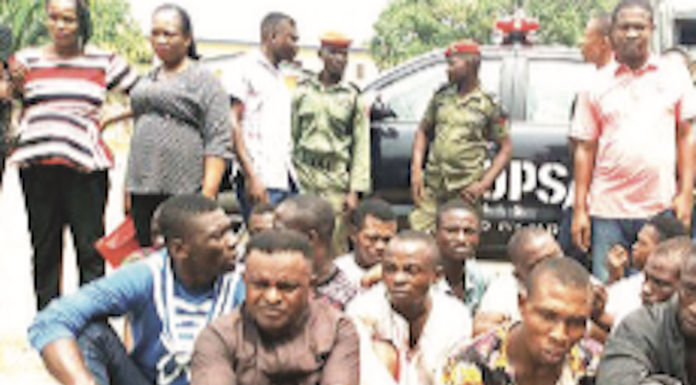