As the race to the All Progressives Congress primary for the Ekiti State governorship contest gathers momentum, John Ajayi reviews the pre-primary intriguesâ€Ž

The Minister of Solid Minerals and Steel development, Dr. John Kayode Folorunsho Fayemi, aka JKF must be an enigma. Reason, ever since his first term tenure as the executive governor of Ekiti state between 2011 and 2015, he has remained a major issue and a political colossus in the politics of the state which prides itself the fountain of knowledge.

Anyone who is familiar with the pedigree of the Isan Ekiti-born political gladiator would readily attest to the fact that JKF is no stranger to struggle; neither is struggle a stranger to him. An accomplished scholar and renowned human rights activist, JKF actually struggled hard to reclaim his initial victory at the polls through a legal tango with then rival and former governor Oluwasegun Oni, hitherto of the Peoples’ Democratic Party, (PDP) in the state.
This call to service inspired Fayemi to put in his best while in the saddle.

Available records reveal that his sterling performance and quality leadership turned around the fortunes of the state which was hitherto in a state of quandary and stunted economic growth and development.
During his tenure in office, he literally transformed and repositioned the state such that the state got high ratings in terms of efficiency, transparency and competitiveness amongst the states of Nigeria, even as the World Bankâ€™s Ease of Doing Businessâ€™ report put Ekiti among the five leading states that had made remarkable progress on all indices of doing business with ease.

While the state had been ranked 34th before his administration came on board, Fayemiâ€™s Midas touch gave the state the needed fillip that catapulted it to the fifth position on the progress index. However, his re-election bid was thwarted by the â€œfamous electronic riggingâ€ that brought the current governor Peter Ayodele Fayose to power.

Again, Fayose who had once served half term as governor of Ekiti under PDP, got his first term tenure truncated through an impeachment. Now that the administration of Fayose is about to eclipse, JKF has again indicated his intention to recontest with the hope of finishing up the tasks he had earlier set for himself before the Fayose interregnum.
As it were, his attempt at a second coming has not only sent jitters down the spines of the opposition political party, PDP, the expression of interest to contest the election has become a major ache for political rivals in the fold of the All Progressives Congress (APC) in the state.

Notwithstanding that JKF belongs to the same political party with his rivals, he has not been spared the bitter bile of political players in the state, many of whom saw him as a pain in the neck because of his political prominence and inimitable political structure at the grassroots level. It is in view of this that there have been strident calls on him not to contest the forthcoming governorship election in the state.
Whereas the constitution allows him to contest for the exalted office of the governor of Ekiti State, most of his critics have been dubiously canvassing against Fayemiâ€™s bid for a re-election.

These rivals have since dominated both the social and traditional media in the desperate move to prevent or at best discourage the human rights activist-turned politician from exercising his constitutional rights.
What is most ludicrous about the arguments and explanations on why the self-appointed critics would wish JKF not to contest is the fact that they love him so much and would not want him to be rubbished at the polls by the same Ekiti electorates whom JKF served meritoriously in his first term.

One of the critics once wrote in an article bereft of logic and reason when he argued â€œeach time I write, I never doubted the quality and competence of Fayemi to govern Ekiti state again and again, and that is never reflected in my argumentsâ€¦..I write this as someone who admires Fayemi and thinks he has had a distinguished career in Nigerian politicsâ€.

Not done, the critic argued, â€œI have been particularly concerned about the timing (of recontesting) I see Fayemi as deeply soaked in hostilities this time around and a lot of arrows darted towards him and his ambition to govern Ekiti again. And I see Fayemi as too suave and too strategic but too naÃ¯ve to face the attack. I therefore strongly wish he doesnâ€™t swim against the tide this time.”

Judging from the aforementioned, it appears most of the critics of JKF have no issues they could hang on his neck other than their hidden agenda to coerce and possibly force JKF into a lazy submission to their whims and caprices.

Aside the mischief that hallmarks criticsâ€™ over-worn melodies that Fayemi should not contest, impeccable sources have revealed a deep seated fear and apprehension amongst some hitherto friends and ex-political aides who fear that JKFâ€™s second coming will probably relegate them and permanently condemn them into political oblivion.

The fear, which those who are very close to JKF and his humane nature have dubbed unfounded, emanated from the series of betrayals and conspiracies which some of these old friends and associates had earlier wrought against their former principal and benefactor. Political pundits can readily attest to the politics of betrayals behind the under-currents of APC crisis in Ekiti state long before now.

The politics of betrayals began shortly after JKF â€˜lostâ€™ the re-election bid to Fayose in 2014. Thinking that his loss in the contest would eclipse Fayemiâ€™s political future and diminish his status, some of his ex-aides and associates jumped ship.
Fortuitously, rather than suffer political set-back, JKFâ€™s political equity regained momentum with his appointment as a minister by the President Muhammadu Buhari administration. With this ministerial appointment, JKFâ€™s political status got a major fillip as he was not just one of those ministers, but one with the â€œroyal bloodâ€ of PMB dynasty.

As a minister, he never abandoned his people at the grassroots, neither did he jettison his political structure in the state. He also never took the party for granted as he continued to pay their salaries and attend to their welfare.
This selfless and philanthropic gesture also endeared him to some members of the exco and large majority of loyal party men. Although it cannot be safely said that the state excos are one-hundred per cent loyal to him, yet JKF never gave up. He resisted all persuasions to get the state exco dissolved at all costs by desperate politicians who felt the party officials would be loyal to him.

With the betrayals that have become the lot of JKF through a few members of the party officials and some of his ex-aides, it has become crystal clear to all doubting Thomases that indeed JKF is not a political push-over as he is ever focused and strategic.

Now that JKF has indicated intention to recontest for the second time, the naysayers should hold their peace. They should desist from engaging in unsolicited counsel; after all, there can be no good reason to cry more than the bereaved. Why for God sake, should anybody in his right senses be counselling JKF, the quintessential â€œOmoluabiâ€ of Ekiti origin not to contest the forthcoming elections when in actual fact his popularity has continued to soar?
His political brand equity has continued to grow in leaps and bounds as can be attested to going by the rousing welcome and the mammoth crowd that accompanied him to the APC secretariat at Ajilosun area of Ado Ekiti on 14th April, 2018 when he went to collect his expression of interest form and also declared his intention to contest the partyâ€™s primary election for the governorship election.

It was a complete lock down in Ado Ekiti metropolis on that fateful Saturday as thousands of party supporters and residents trooped out enmasse to accompany the â€œgreat son of the soilâ€ to the party secretariat. Party supporters mobilised themselves from across all the seventeen local governments areas of the state.

How else can a politicianâ€™s popularity and acceptance by the electorates be measured than this? Which of the new and old entrants in the contest for the slot of Ekiti state governorship ticket can galvanise or mobilise such a huge crowd? Not even an APC aspirant who hails from Ado Ekiti could garner such a huge crowd during his own declaration in the same city some weeks ago.

What is also unknown to many of these attention seeking counsellors of JKF is that the more they try to propagate their unfounded fears and malicious twist of facts, the more they help to keep the brand John Folorunsho Kayode Fayemi on top of the mind of the Ekiti electorates. Rather than succeed in demarketing this brand, they will unwittingly end up promoting him and boosting his profile.

Those who are engaged in this type of exercise should do a rethink and allow the candidate enjoy his peace as he exercises his fundamental human rights. The choice of accepting or rejecting JKF at the polls should be left to Ekiti voters who are the authentic custodian of their mandate. Anything short of this would be an exercise in futility or at best a mere shadow chasing.

The JKF â€˜counsellorsâ€™ and their sponsors should take solace in the words of Charles Horton Cooley, the American Sociologist who said, â€œthe general fact is that the most effective way of utilising human energy is through an organised rivalry, which by specialisation and social control is, at the same time, organised co-operationâ€. We should jettison unproductive labour in criticism that are self-centred and misleading.

It cannot be a hereditary curse on Ekiti people that we should continue to engage in pull-down syndrome. Even if it is a hereditary curse, our generation should break this yoke. We should reject this ugly portion. As a people and as a race, we should love ourselves and keep the brotherhood that united our forebears to fight the Ekiti Parapo wars. It is nonsensical and unprofitable to remain unduly bellicose and evil-minded against one another.

Although JKF may not be the best or the only person who can lead our people, but we should not deny him his dues. We all acknowledge he is capable. We all know he has the grace and the quality of a great leader. We have all seen all of these in him, why then are we speaking with tongues in the cheeks?
Let others who want to compete with him join the contest. No need to throw mud around. Let them work together as members of one big family. Failure to do this will further put Ekiti state in bondage for yet another four years.

It is nonsensical and unprofitable to remain unduly bellicose and evil-minded against one another.

No Man can Unseat Obaseki  in Edo, Boasts Umahi 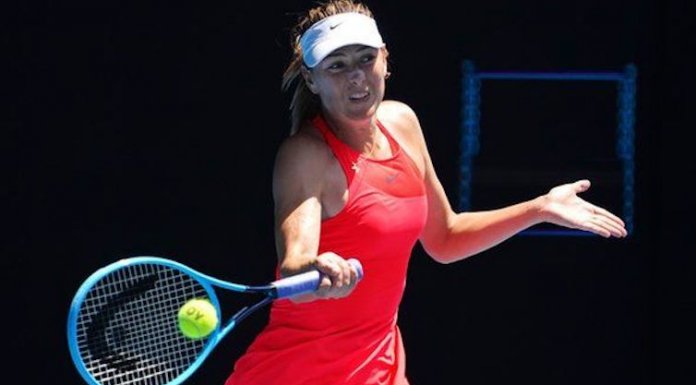