John Irvine, Chief Executive Officer of Visionscape, discusses its strategies and challenges in the development of waste management infrastructure for Lagos State, the companyâ€™s current focus under the Cleaner Lagos Initiative (CLI), in this interview with Vincent Obia. Excerpts:

Waste infrastructure is the last thing to be reformed in any market, whether a frontier market or an emerging market. There are always more important things â€“ education, healthcare, welfare, etc. Waste infrastructure gets right behind. But itâ€™s because this state is growing so quick that weâ€™ve fast-tracked the issue so that what we are doing now doesnâ€™t just last for the 10-year project with the CLI, but lasts for the next 15, 20, 25 years. Thatâ€™s what the paradigm shift has done.

What have you done so far in the area of waste management infrastructure development?

What we have done so far under the concession agreement with the government as part of the CLI is that we have taken ownership of some TLSs, which are Transfer Loading Stations, and depots and also the old dumpsite in Epe. So what we have physically done on the ground is that we have started remediation work at the Epe land fill. Weâ€™ve done the weighbridge and control tower. We are in the process of starting the remediation work, to start constructing the first cell. Along the course of the next two to three years, there will be a multipurpose recycling facility. There will be a washing line to encircle the plant. There will be a digesting plant, which will turn organic waste into energy. And also, there will be tyre recycling facilities. Thatâ€™s on-going. At the same time, in tandem, we have taken over another two TLSs on behalf of the government, under the concession, in Yaba and Oshodi. These projects are not a million dollar investment. What we are doing is not to have these projects ready and just handling the waste over the next 10 years, but to make sure that the technology for end use facilities would last 15, 20, 25 years, so that the state wonâ€™t be in the position in 10, 15 yearsâ€™ time to complain about lack of infrastructure.

What steps have you taken to clear the Lagos lagoon of domestic waste?

Itâ€™s all part of the Cleaner Lagos Initiative. Itâ€™s a small cog in a larger wheel. If you look back to last weekâ€™s announcement by the special adviser to the governor on CLI, the primary focus here has never changed; the goal is always the same. The goal is to ensure that Lagos State has a tangible, feasible, and transparent waste process from generation, to diversification, to disposal. Each group under the CLI has a mandate, but the ultimate goal remains the same. It is to deliver the CLI project, which is a cleaner Lagos.

What would you consider the biggest challenges with waste management and environmental sustainability in Lagos and, indeed, Nigeria? When a similar question was asked last December, you said the biggest problem was communication. Do you have any new ideas, in your experience so far?

I can expand that further. Communication is part of reform and with any reform comes resistance. The problem with reform is that people get impatient. If I go to a shop today to buy milk and Iâ€™m told the milk will come in an hour, I will be patient. The biggest problem here is that the state is huge as a mega city. We know how to handle a mega city. Every process is the same everywhere in the world, but because of the size of the population, the timelines differ, and people arenâ€™t ready to wait. Thatâ€™s the biggest problem. The biggest problem was that expectations werenâ€™t well managed. The communication from conception to delivery wasnâ€™t delivered properly. There was communication and there would always be communication. I think Visionscape is not to blame, that was the whole CLI project. The most important thing while delivering the message is the expectation from the infrastructure. We get the infrastructure right, the communication right, the methodology of managing that waste generation will be there. And thatâ€™s part of the educational programmes. Thatâ€™s why we put the communication on top of the infrastructure projects.

How would you assess the level of trust and buy-in to your waste management strategy by Lagos residents?

I go to stakeholders, market places, schools, etc. When people hear about the work we are doing, they trust us because they can see it. When you drive up Third Mainland Bridge, depots, Oshodi, etc., you can see our dustbins and thatâ€™s millions of dollar being spent. Weâ€™ve done the roads and other facilities, thatâ€™s not the government; weâ€™re the ones doing them. So trust is not the issue here. People can see what Visionscape has done in infrastructure; the y can see the level of investment. You just need to go to Epe and see the new roads, weighbridge. All people need to do is drive or walk past our infrastructure and they would see what we have done. Thatâ€™s what Visionscape is delivering as part of the CLI project.

Many in the state tend to be under the impression that Visionscape is overwhelmed by the volume of the waste problem in Lagos. What is your reaction to this?

Just go back to the early 80s in New York; there was a waste problem, why? Because people didnâ€™t understand what the waste management system did. Go to London during privatisation under the Thatcher government, there was trash on the streets. We are not overwhelmed. We came in here with our eyes open. The fact of the matter is that there was a government-led service being delivered. What usually happens in a first cycle contract, that is a first contract to take over a government work, is there is usually an overlap for six, nine months, 12 months. For some reasons, I donâ€™t know why, Visionscape came with a business plan that was signed off by the state government, we changed nothing, we had the right equipment, when we came to start doing the overlap, the existing service providers stopped. We didnâ€™t stop them. That is where the whole misconception comes in. Look at PPP (public private partnership) and PFI (private finance initiative) contracts anywhere in the world, the existing contractor always stays for a determined period of time to allow the new contractor to deliver the services effectively. We physically walked every street in Lagos because there was no GIS (Geographic Information System) mapping. We had 560, 000 brand new e-waste bins and compactors. We identified 5, 000 black spots. We werenâ€™t overwhelmed. We knew exactly what we were walking into. What people forget is that we have actually been here for about three years doing the planning, survey, and analysis. But people started seeing our trucks for four or five months. You can see the details that we have collected, the information Google will be paying millions of dollars for.

What remediation solutions would Visionscape proffer in tackling the plastic pollution problem in the state?

We are prepared to put a nationwide solution in place. Plastics are highly toxic. If not managed properly, plastics can do more damage than what carcinogenic substances can do. Plastics have to be well managed at the point of disposal. We are giving people the opportunity to dispose of their plastics responsibly, knowing that none of the plastics would end up in the waterways or drainage system. So we are aware of the problem and we have put something in place.

Is the waste-to-wealth scheme part of the plastic management initiative?

Yes. A few weeks ago, a journalist asked me what we were going to do about the scavengers and I was so upset. These guys are not scavengers. They are landfill miners. Weâ€™ve embraced these guys into our facility in Epe. What we have done is we have built a special facility where these wastes get stepped on, a sanitised area. Eventually, when we build the multipurpose recycling facility, they would be offered the opportunity to become full-time employees of Visionscape. There would be salaries, healthcare, and pension. Waste-to-wealth has always been part of the business model. We are not here to stop people from earning money. We are here to enhance their lives and to encourage them to earn more money.

What other economic empowerment opportunities exist in the waste management space?

We have several programmes, seminars. We have a very sustainable community enlightenment programme. We will reach out to the communities, reach out to the LCDA chairmen, we have put initiatives in place. We have competitions; Iâ€™ve been to several hospitals trying to recycle the medical waste and separate them from the general waste. Communication is special to the younger generation because your childrenâ€™s children need to understand there is a better way to manage the waste in Lagos rather than just the throwaway culture.

The Municipality of Waste Management Contractors Limited, a consortium led by Visionscape, has raised a N50 billion bond. Can you discuss the terms and purpose of the fund?

This bond has nothing to do with taxpayersâ€™ money. This money rests squarely on my shoulders as the CEO of Visionscape as a way of raising capital for investment. Itâ€™s just the same as going to the bank and getting a loan so that I can invest in equipment and what we are doing. This squarely lies with Visionscape and the board. The bond will generate the money for its repayment. This is private investors and institutions investing in what we are trying to do in Lagos here.

Last December, you talked about your contract involving an 18-month window, segmented into three phases (mobilisation, stability, and enhancement) of six months each. You said you were on the stability stage. How far have you gone with this stage?

The stage involves residential door-to-door collection of waste. The mandate changed. We were in partnership with several WCOs (Waste Collection Operators). But we have moved to infrastructure. We were so lucky as an industry that nobody was killed in the Olusosun, Ojota, dumpsite fire. That fire is still burning; it could burn for some months. Landfill fire does not burn upwards; it burns horizontally and gets deeper and deeper. That was the pivotal driver for Visionscapeâ€™s decision, with permission from the government, to fast-tract the infrastructure. Thatâ€™s why we are doing what we are doing today. All the good works we have done over the last two and a half years have now been passed over to our service partners so that we can concentrate on infrastructure.

Quote: â€œWe are prepared to put a nationwide solution in place. Plastics are highly toxic. If not managed properly, plastics can do more damage than what carcinogenic substances can do. Plastics have to be well managed at the point of disposal.â€ 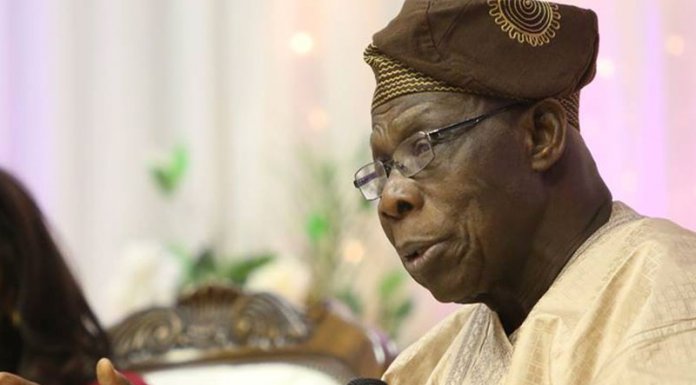