Davidson Iriekpen
The Supreme Court has dismissed the interlocutory appeal filed by a Norwegian oil firm, Statoil Nigeria Limited, seeking to adduce fresh evidence in a contract dispute determined in favour of an indigenous company, Inducon Nigeria Limited and its Chairman, Dr. John Abebe, by a Federal High Court in Lagos.

In dismissing the appeal, the court upheld the decision of the Court of Appeal in Lagos which refused to allow Statoil to present further documents on appeal after final judgment was delivered by the lower court.
The lower court had confirmed that Inducon and Abebe are entitled to 1.5 per cent net profit interest in any and all oil and gas interests granted to Statoil in the Nigerian oil and gas industry.

In a unanimous decision, the panel of justices at the apex court described the interlocutory appeal as frivolous and an abuse of court process.
They held that the fresh evidence which Statoil sought to present were available to it during the proceedings at the trial court but did not exercise due diligence to produce them.

The court consequently, awarded cost of N500,000 each to the two respondents for wasting their time and that of the court with a frivolous application.
THISDAY gathered that with interlocutory appeal out of the way, the apex court can now concentrate on the substantive appeal which has been fixed for October 22.

The last time the case came up last January in Abuja, the court had asked the Norwegian oil firm, to respect the decisions of the lower courts which ordered it not to move monies out of the country pending the final determination of the substantive suit.

Justice Tanko Mohammed who led four other justices of the court, ordered parties in the suit to put all the applications they had filed in the suit in abeyance pending appeal.

â€œThe appeal will be held on October 22, 2018. Meanwhile, all applications from both sides are put in abeyance until appeal.
â€œParties should try and maintain the status quo anti-bella. This is the best option for now,â€ the jurist said.

The substantive suit started when the indigenous company, Inducon and its promoter, Abebe had filed an action against Statoil at the Federal High Court in Lagos, contending that in April 1990, he was informed by British Petroleum (BP) that it was interested in pursuing opportunities in the Nigerian oil industry together with its partner, Statoil of Stavanger, Norway with whom it had entered into an alliance.

According to him, the alliance, as it was represented to him, would present the first ever opportunity for Statoil, then an indigenous Norwegian company, to operate outside its home base, Norway and to venture into West Africa, among others.

In his statement of claim, Inducon argued that at all material times, it was the representation of the alliance to him that BP and Statoil would be equal partners on a 50:50 basis in the alliance and that although the alliance would not be set up as a separate legal personality, the two companies would operate as one.

Abebe and Inducon, who were the first to venture intoÂ  deep oil blocks in Nigeria when they brought BP and Statoil into the country, added that he was also instrumental to ensuring that the production sharing contracts for the blocks were signed with the Nigerian National Petroleum Corporation (NNPC) and all these were achieved due to his extensive contacts in government and the oil and gas sector.

They contended that Statoil was granted those blocks because of the policy of indigenous participation and transfer of technology in the oil industry and that since Statoil entered Nigeria as a result of that policy, it denied that the policy exists and has failed to live up to its undertaking to encourage the promotion of indigenous participation in the Nigerian oil industry.
Even the witnesses from the Department of Petroleum Resources and others, corroborated Abebeâ€™s statement of claim.

But in its defence, Statoil described Abebeâ€™s claims as unfounded, adding he and his company were retained by Statoil in Nigeria throughout most of 1990s and that the contract had long been terminated. It stated that the role of Abebe was to offer advice and assistance in connection with its business in Nigeria and that for a period, he had a seat on the board of Statoilâ€™s Nigerian subsidiary until the alliance it had with BP was dissolved in 1999. Statoil wondered if there was actually an oral agreement as claimed by Abebe, why did he not use his position as the vice-chairman of the oil firm from 1991 to 1997 to regularise it, stating that from the plaintiffsâ€™ own evidence, there was no conceivable evidence to show that there was an agreement between them.

In the judgment of the Federal High Court, it affirmed Abebeâ€™s submissions and ordered the oil firm to pay Abebe and his company, 1.5per cent net profit interest accruable to it from the three oil blocks allocated to them for bringing the firm to Nigeria to explore oil resources.The court also held that there was indeed an agreement between him, BP and Statoil contrary to the claim of the oil firm, which must be honoured.
Dissatisfied with the judgment, Statoil headed to the Court of Appeal which later dismissed its appeal and upheld the judgment of the Federal High Court.

However, while the appeal was pending, a new twist was added to the case when Abebe and his company, hinging their applications on an interlocutory orders of the Federal High Court and the Court of Appeal which restrained Statoil from repatriating to any foreign account, its monies, revenues and earnings derived from the sale of crude oil, accused the Norwegian company of transferring over $4billion of its income from Nigeria against the orders of the courts. In an affidavit and application filed at the at Supreme Court through his lawyer, Uche Nwokedi (SAN), the businessman asked that the orders of the two lower courts be enforced and that Statoil be made to return the $4billion to Nigeria.

They also urged the court to restrain the Norwegian oil firm from further repatriating all revenues accruing to it from the Agbami oil field and all other interests in Nigeria to any foreign account through any commercial bank in the country pending the hearing and determination of the substantive appeal. 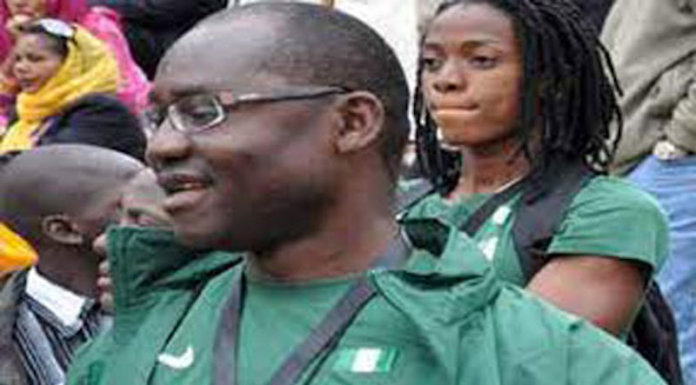