The Lagos State Government has charged members of the Manufacturers Associations of Nigeria (MAN) to be part of the solution to environmental pollution and waste management challenge by tapping into the enormous opportunity in waste recycling in Lagos State.

The Commissioner for the Environment, Babatunde Durosinmi-Etti, gave this charge when members of Manufacturers Associations of Nigeria, Ikeja branch, paid him a courtesy visit in his office at Alausa on Wednesday.

Durosinmi-Etti stated that the Lagos State Government was preoccupied with creating an enabling environment where manufacturing and commerce could thrive.

His words: â€œWe have to continue to think of how to create an enabling environment and build infrastructure so as to continue to encourage manufacturing and Commerceâ€

He explained that the environment must be of paramount concern to both government and investors as it was a consideration for the ease of doing business.

â€œWe recognize that members of your association (MAN) are employers of labour and equally generators of waste. Consequently you ought to take cognizance of waste to wealth initiatives to provide solutions and create more employment, while government build the necessary infrastructure and create the needed environment for business to thriveâ€, he said.

The Commissioner emphasised that Lagos State was in the forefront of efforts to build local capacity and entrepreneurship as exemplified by achievements of the Lagos State Employment Trust Fund (LSTF) and the ongoing partnership with the Lagos State Welders Association, through the Lagos State Vocational Education Board (LSVEB) for the manufacturing of wastes bins.

Also, the government hasÂ partnered a community, and an asphalt company on emission control.

Following media reports and subsequent sealing of Righteous Construction Company Nigeria Limited, the Lagos State Government has mediated between the asphalt producing company and the host community to foster understanding and guide the abatement process.

This intervention was at the instance of the Commissioner for the Environment, Mr. Babatunde Durosinmi-Etti who met with the representative of the asphalt producing company and Otto community of Ijora Badia in his office in Alausa on Monday.

Durosinmi-Etti said the Lagos State Government being a responsible and responsive government was always out to protect lives of its citizens, while also guiding the livelihood of its people.

â€œWe have acted to give the community the assurance that they are safe. It is also our interest to promote enterprise and see how we can cohabit without danger, because it is difficult to say we will displace a community because the place has become commercial and vice versaâ€, he stated.

He said that it was discovered that the cause of the emission was the fact that the dust control unit of the asphalt plant was faulty.

He said that the company must install new dust control unit to forestall further pollution, stressing that the installation of the unit was a sine-qua-non for the resumption of production by the company.

He advised the company to work in conjunction with the Lagos State Environmental Protection Agency (LASEPA) while installing the new machines as the compliance level of the company would be certified by stakeholders before it could resume production.

The community representatives Inspector Bako and Hon. Esuruoso praised the State Government for tits swift intervention despite the fact that no formal complaint was lodged with the government, stressing that the government was a responsive one whose intervention they were prepared to trust.

Meanwhile, Righteous Construction Company Nigeria Limited, represented by Chief Rasaq, apologized to members of the community for any hardship caused and pledged compliance. 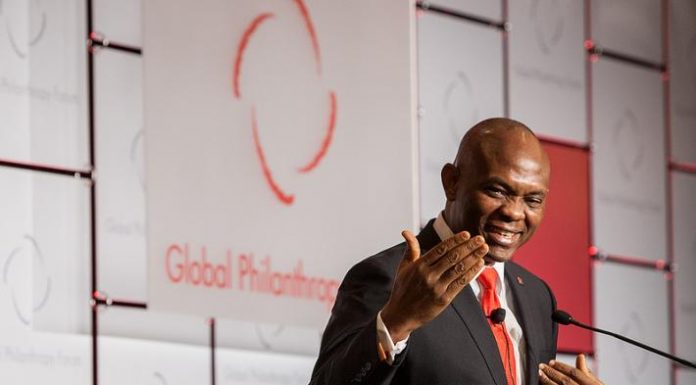