Beyonce, who became the first black woman to headline Coachella last Saturday, did so with a two-hour performance and had her band perform a rendition of Felaâ€™s 1976 classic â€˜Zombieâ€™.

Fela Kuti was a Nigerian musician and activist, who launched Afro-beat, which then fused American blues, jazz and funk with traditional Yoruba music. Nigerians were excited that she decided to honour two Nigerians, alongside other black legends including Nina Simone and Malcolm X. Nigerian singer, Emma Nyra, wrote @emmanyra tweeted: â€œBeyonce just made me so proud to be who I am.

Unapologetically black, female and talented. Our voice matters. She even paid tribute to Fela! I will forever be a fan.â€
@Blackdot_Mandy tweeted, â€œBeyonce just paid a tribute to Afroking and Afrobeat legend Fela Anikulapo Kuti, during her Coachella performance. I stan Beyonce Knowles.â€

@Erhuwrites wrote: â€œWho else got chills when they heard Chimamandaâ€™s voice at the end of Beyonceâ€™s glorious performance at Coachella? I still have goose bumps.â€

@DrDendere tweeted: â€œBeyonce is now new level amazing. Chimamanda blasting out during her Coachella performance is life.â€
@Ganga_A wrote: â€œWithin Beyonceâ€™s Coachella performance in the little bit where the band was going off, they play Fela Kutiâ€™s Zombie. This is why she is number one, a cultured queen and an unshakeable throne.â€

@KLCHII tweeted: â€œBeyonce really brought Fela to Coachella with that lil hook.â€ â€˜irreplaceableâ€™ crooner also featured Chimamanda Adichieâ€™s speech â€˜We Should All Be Feministsâ€™, which was sampled on her song â€˜Flawlessâ€™, at the end of her performance.â€

Chimamanda Adichie is a multi-award winning writer and her second book â€˜Half of a Yellow Sunâ€™ won the Orange Prize.
Two Nigerian dancers also took to their Instagram handles to thank Beyonce for giving them the chance to perform alongside her. Diddi Emah and Kendra Oyesanya hailed Beyonceâ€™s work ethic and dedication to her craft.

Kendra wrote: â€œA dream come true. Performed with the one and only @beyonce At #Coachella. I donâ€™t know why I had to lose my dad during this process, but I know he was watching me from the front row. Thank you Beychella And Thank you @jaquelknight & @chrisgranted.â€

While Diddi wrote: â€œGod bless you @beyonce!!! @jaquelknight would I have done without you? This one is for all the small girls in villages back home in Nigeria. God is alive and kicking! Dream as big as you can-and then believe it! Thank you for all the support. To perform behind the first black woman to SLAY the stage at Coachella-to slay the world. All hail the QUEEN @beyonce. She is a true masterpiece. Iâ€™VE NEVER WATCH SOMEONE WORK THAT HARD Let alone a woman. Thank you to all the Historical Black Colleges-you made this possible. Iâ€™m so proud to be African and American.â€

Meanwhile, Nigeriaâ€™s Ayodeji Balogun, aka Wizkid, is billed to perform at Coachella next weekend on April 21.
The Coachella Valley Music and Arts Festival commonly referred to as Coachella or the Coachella Festival is an annual music and arts festival held at the Empire Polo Club in Indio, California, located in the Inland Empireâ€™s Coachella Valley in the Colorado Desert. 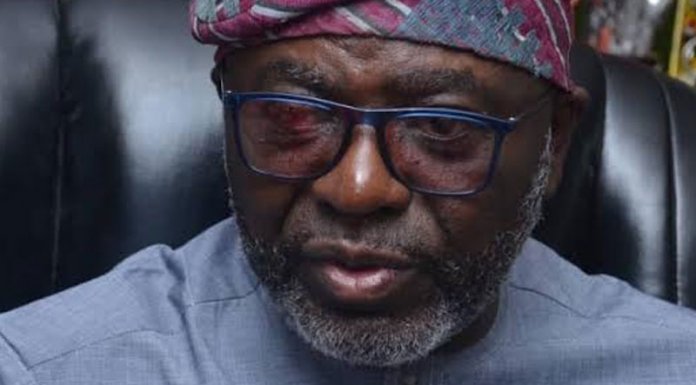 Charles Akindiji Akinola: Our Plan is to Globalise Culture in Osun State

Investors Rush to Nigeria as Yield on FGN Bond Falls