Nigeriaâ€™s major domestic carrier, Medview Airline, has said that due to the high cost of aviation fuel in Nigeria, it spent about N22 billion on the product in the last five years.

The airline also said that in an effort to streamline its operations, it had to lay off 52 members of staff from both technical and administrative areas of its operation.

The Managing Director of the airline, Alhaji Muneer Bankole, in a press conference at the weekend, said the high cost of aviation fuel in Nigeria was depleting airlinesâ€™ little profit, adding that the airlines were at the receiving end of all the bureaucracies the commodity go through before being sold to operators.

Bankole noted that the prices of the product increase anytime it becomes scarce and due to the hiccups in the supply of aviation fuel to different parts of the country, there is no uniformity, adding that fuel marketers sell at arbitrary prices as the product is deregulated.

â€œWe now buy a litre of aviation fuel at N220 in Lagos but up in the North in places like Maiduguri, it is about N260. That is the unfortunate situation we have found ourselves,â€ he said.

He said that the perennial shortage of aviation fuel, coupled with the gridlock faced in moving the product have become a clog in the wheel of domestic airlines as they find it difficult to operate smoothly like their counterparts in other parts of the world.

Bankole also said that the price of the product is critical to an airline and also considering the fact that fuel consumption amounts to about 30 per cent of the cost of operation for an airline, there is need to quickly find more reliable ways to ensure the supply and distribution of the product.

He also confirmed that the airline has sacked about 52 workers due to the companyâ€™s plan to reconsolidate and streamline its operations, remarking that the rationalisation exercise is continuous.

Contrary to the reports that the airline leased all its aircraft fleet, the Medview Managing Director said the airline owns the four aircraft currently in its fleet, adding that two of them have been taken out for maintenance.

According to him, â€œSince we started operations in 2012, we have airlifted 2.8 million passengers, we are very committed to our work, we are safety conscious, there had been no serious incident or accident, we are still operating to our Francophone West African countries.

â€œWe currently have four airplanes and Medview owns all because the best way to survive is to own your assets. The aircraft were bought with our money, we were attracted to First Bank by our prudence and with our cash flow, we purchased these aircraft through the bank, we have the bill of sale. In 2015, we bought the B737-500 (5N-BQM) and again, we bought another one christened Abeke and that is currently being reconfigured from 221 to 242 capacity.”

Meanwhile, the Kenya Airways at the weekend laid off 22 out of 26 of its Nigerian personnel representing 86.4 per cent of the affected workers.

A source close to the airline disclosed that the staff were issued the disengagement letters at the airlineâ€™s office in Lagos in the presence of stern-looking police officers who were engaged by the airline to scare away the affected staff and prevent a possible breakdown of law and order.

Only four of its Nigerian workers were retained by the management of the airline after the purging exercise and these include the Country Manager, Mr. Afeez Balogun, the Station Manager, and two other members of staff.

Report indicated that the sacked workers were only given four weeks wages on disengagement by the management.
It was also gathered that the abrupt sack of the Nigerian workers happened when the airline was still negotiating the new condition of service with the industry unions.

The source said the carrierâ€™s management took the decision without taking into consideration the Nigeria labour laws, which kicks against unilateral decision by employers when disengaging workers. 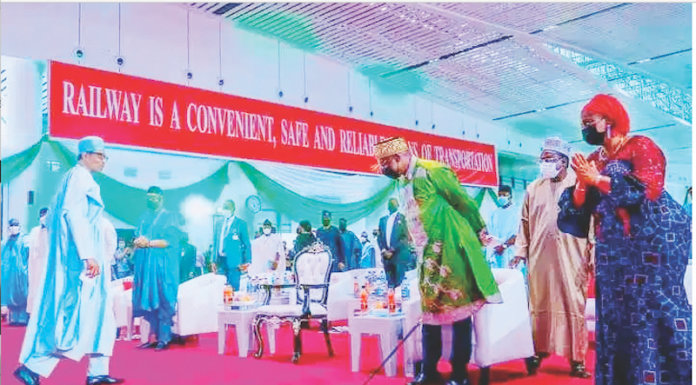