Mohammed Aminu in Gusau, George Okoh in Makurdi and Wole Ayodele in Jalingo

Gruesome killing sprees suspected to have been carried out by Fulani herdsmen and unidentified gunmen continued unabated in Taraba, Benue and Zamfara States within a space of 24 hours, leading to the deaths of 53 persons and scores injured in the three states.

This was just as the death toll from attacks on villages in Ukum and Logo Local Government Areas in Benue State early in the week rose to 60, according to local sources from the affected communities.

In Zamfara State, no fewer than 26 persons were killed in a fresh attack by bandits in Kuru-Kuru and Jarkuka villages in Anka Local Government Area of the state on Wednesday.

The two villages are close to Bawar Daji village in the same local government area where bandits had attacked and killed over 60 people two weeks ago.
THISDAY checks Thursday revealed that the Wednesday attack was initially carried out at a mining site at Kuru-kuru village.

An eyewitness, Sadi Musa, said about four people were initially killed at the mining site on Wednesday evening, which forced the miners to run for cover.
He said when residents from nearby Jarkuka came later to join the Kuru-kuru survivors in burying the dead, the gunmen laid siege and killed more raising the number of those killed to 26.

â€œThe community of Jarkuka was not the initial target, but has been affected and lost over 10 innocent lives for their effort in mobilising their residents and giving support to the Kuru-Kuru neighbouring village,â€ he explained.
Confirming the incident, the Police Public Relations Officer (PPRO) in the state, DSP Mohammed Shehu, said the command was aware of the attack on the two villages but declined to give the number of the casualties.

â€œWe are already aware of the attack but I cannot give you details now until my commissioner is fully briefed,” Shehu said.

However, the Chairman of Anka Local Government Area, Alhaji Mustapha Gado Anka, told journalists Thursday that 26 persons were killed in the attack on the two villages.

The bandits had attacked Bawan Daji village in Anka LGA two weeks ago, leading to the deaths of over 60 people.
This led to the deployment of the Nigerian Air Force (NFA) and Army to the area, whose personnel swung into action killing several bandits but lost a captain and a sergeant in the operations.

The militia, numbering over 200, were said to have invaded the village at about 6 p.m. and shot sporadically killing anybody in sight and setting houses ablaze.

The attack occurred despite the presence of the Inspector General of Police (IG), Ibrahim K. Idris, who has been in the state on a working visit since Monday.
Victor Iortim, an eyewitness who narrated the incident to newsmen, said the assailants stormed the village when people were resting after a hard dayâ€™s work on their farms and went on a shooting spree.

â€œI quickly hid in the bush and counted scores of them. They were well armed with sophisticated weapons. There was no way I could call home because there was no network on my phone where I hid.â€

Also narrating the incident in a phone interview, an indigene of the village, Orbee Uchiv, confirmed that the attackers invaded the village at about 6 p.m, adding that the death toll would have been higher but for the intervention of soldiers on routine patrol from Gbeji village where four people were killed on Tuesday by suspected herdsmen.

Urchiv, who was an aide to the former governor of Taraba State, the late Danbaba Suntai, said the attack was without any provocation, adding that it was the worst to happen to the people of the village.
An aide to the state governor, Mr. Samson Tor-Musa, who also hails from the area, lamented the killings, describing them as unwarranted and without any cause.

He lamented that some people with vested interest were bent on thwarting the efforts of the governor to bring permanent peace to the state by instigating and masterminding killings across the state.

He charged President Muhammadu Buhari to take more than a passing interest in the continuous killings across the country, particularly in Taraba, Benue and Plateau States.

Confirming the attack, the Police Public Relations Officer (PPRO) in the state, David Missa, said the details of the incident were still sketchy and promised to get back to reporters as soon as more information was available.
The attacks and killings in Taraba State have become a recurring decimal, despite the deployment of a surveillance aircraft and three additional units of the riot police squad to the state by the IG on Monday.

The story was no different in neighbouring Benue State, where suspected herdsmen attacked Agboughul village, a suburb of Makurdi, the state capital, killing two persons while several others sustained injuries.

According to a resident, the herdsmen stormed the community that is located close to River Benue in the early hours of Thursday.

â€œThey came this afternoon and started shooting. In the process, they killed a man who was in the area to dig a well on a plot of land and another person.

â€œThe remains of the dead were moved on a motorbike to the ‘D’ Division Police Station in Makurdi,â€ he said.
The resident added that the attack scared many residents who promptly started vacating the community to Makurdi.
When contacted, the PPRO of the state Police Command, ASP Moses Yamu, confirmed the attack on the suburb, adding that the state Commissioner of Police, Fatai Owoseni, led his personnel to the community to restore order.

He said: â€œI can confirm that two persons were killed in Agboughul community this morning by suspected herdsmen.
â€œThe Commissioner of Police has already visited there and he has also deployed a unit of our mobile police personnel to the community to ensure the restoration of peace in the area.â€

Meanwhile, the death toll from the recent attack on Gbeji town and other communities in Ukum LGA and a fresh attack on Logo LGA, both in Benue State, has risen to 60, according to local sources.

The attacks on communities in both local government councils occurred on Tuesday and Wednesday this week.
Speaking on the incidents, Joseph Anawa, a former aide to the immediate past governor of the state, whose community was affected in the latest attack, said the group which attacked Igbougher Mbavuur also struck at Tse-Wadr killing several persons.

â€œWe suspect that the same gang which attacked Igbougher Mbavuur were responsible for the early morning attack on Tse-Wadr in the same Logo LGA where they sacked the community, killed several persons and injured so many others,â€ he said. 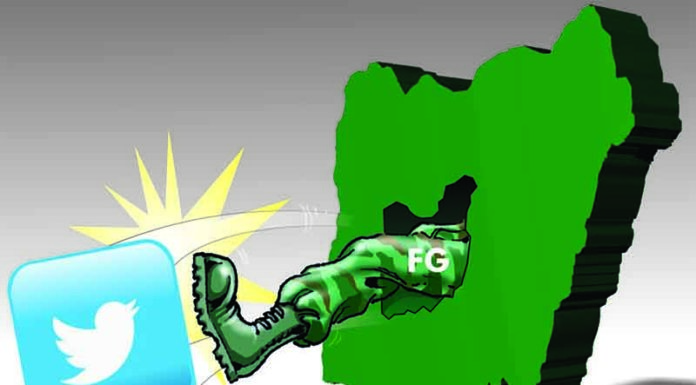