â€ŽThe decision of the House of Representatives to investigate the presidential probe panel on the recovery of public property will help to clear some of the controversies surrounding the panel’s emergence, writes Tobi Soniyi

On August 1st 2017, the federal government announced the setting up of the Mr. Okoi Obono-Obla-led Special Presidential Investigation Panel on the Recovery of Public Property. Then Vice President, Yemi Osinbajo was Acting President.

The Presidency said it relied on the powers conferred on it by the Recovery of Public Property (Special Provisions) Act, 2004. The law was originally Decree No 3, 1984 promulgated by the military regime of General Muhammadu Buhari, but with a retroactive effect from 31st December 1983.

Legality of the Panel
Many have, however, questioned the legality of the panel right from the outset. The panel is said to have solicited and received petitions from members of the public and also invited citizens to fill asset declaration forms, which is a constitutional preserve of the Code of Conduct Bureau (CBB). While Section 153 of the 1999 Constitution captures the CCB as a federal executive body, the 5th Schedule to the Constitution provides greater details of the acts amounting to a breach of the code of conduct of public officers. It also established the Code of Conduct Tribunal.

Also, since the Code of Conduct and Tribunal Act came into effect some eight years before the Recovery of Public Property (Special Provisions) Act, the later is deemed a spent law because the functions specified by the Act to be performed through panels established by the president are now performed by the Code of Conduct Tribunal.

There are also complaints as to the propriety of the panelâ€™s existence side by side with the Independent Corrupt Practices and Other Related Offences Commission (ICPC) and the Economic and Financial Crimes Commission (EFCC).

Furthermore, there is no gazette backing the establishment of the panel. There is also no provision for the panel in the 2017 Appropriation Act.

There have been complaints over the activities of the panel.

For instance, a source at the Office of the Attorney General of the Federation said that many serving judges had complained of being targeted and harassed with purported petitions over undisclosed assets. They were, therefore given fresh asset declaration forms to fill.

One of such letters dated 9th October 2017 and signed by Assistant Commissioner for Police, M Sulaiman M. Abdul on behalf of the chairman of the panel which was served on a serving judge of the Federal High Court

It reads: â€œThe Office of the Special Investigation Panel for the Recovery of Public Property is in receipt of a petition against you bothering on abuse of office and thus investigating the allegations contained in the petition therein.

â€œConsequently, in furtherance to our mandate made pursuant to Section 3 of the Recovery of Public Property (Special Provisions) Act, we request that you declare your assets as prescribed in Form attachedâ€.

However, no such petitions were attached. The affected judges smelt a rat over the whole affair. Some of them complained to the AGF, Mr. Abubakar Malami, SAN who immediately ordered the withdrawal of the offensive letters.

One of such withdrawal the Solicitor-General of the Federation to one of the affected judges dated 1st November 2017 reads: â€œI am directed to refer Your Lordship to the above subject matter in relation to Notices issued by Chief Okoi Obono-Obla, acting in his capacity as the Chairman of the Special Investigation Panel on the Recovery of Public Property to some Honourable Judges of the Federal High Court, including Your lordship.

â€œRegrettably, the said notices were issued without the due process and requisite clearance, hence I have the mandate of the Honourable Minister of Justice to withdraw same with immediate effect. Your Lordship may therefore wish to discountenance the said notice issued to you in its entiretyâ€.

At a time, the Presidency became uncomfortable with Obono-Obla. His utterances and media appearances were said to have created several problems for the government in terms of public perception in the anti-corruption war and in its relationship with other arms of government.

Consequently, Obono-Obla, was suspended. His suspension letter dated 5th November 2017 and referenced HAGF/SH/2017/VOL/1/60 reads: â€œI have received a letter Ref. SH/OVP/DCOS/FMJ/0424 dated October 20, 2017 in respect of the above subject from the Office of the Vice President.

â€œIn the said letter, the Vice President expressed his concerns on the activities of the Special Investigation Panel on the Recovery of Public Property, which runs contrary to the enabling Act establishing it. He also noted that the activities of the Panel run foul or contrary to established administrative procedures and protocols in the Federal Civil Service structure.

â€œIn view of the foregoing, coupled with the directives contained in the letter under reference, you are hereby directed to refrain from any further action or taking any step in your capacity as the Chairman of the Special Investigation Panel on the Recovery of Public Property with immediate effect until directed otherwise by His Excellency, the Vice President.

â€œWhile you are to await further instructions in respect of the panelâ€™s mandate, you are hereby directed to promptly provide a detailed up-to-date report on the activities of the Panel to the undersigned for onward transmission to the Vice President.

â€œFurthermore, you are required to henceforth seek clearance from the Honourable Attorney General of the Federation and Minister of Justice before granting any media interview or making press releases on official mattersâ€.

The Obono-Obla-led panel has also been accused of alleged partisanship and political witch-hunting of the opposition, especially members of the main opposition party, the Peoples Democratic Party (PDP).

For instance, whereas the official residences of the presiding officers of the National Assembly were monitised to former Senate President Senator David Mark (PDP) and former Speaker of the House of Representatives, Rt. Hon. Aminu Tambuwal (APC) at the same price while residences of presiding officers were monitised to Senator Ike Ekweremadu (PDP) and former Deputy Speaker of the House of Representatives, Senator Usman Nafada (APC) at the same price, only Mark and Ekweremadu, who remained in the PDP are particularly being harassed by the panel.

In September 2017, Obono-Obla issued Senator Mark a 21-day notice to quit the residence and also â€œshow causeâ€ why the federal government should not â€œenforce the recovery of the property for public good.â€ The panel claimed that the house was sold to Mark at the cost of N673,200,000, whereas the market value was N748,000,000. A similar letter was also served on Senator Ekweremadu.

But while Mark has challenged the panelâ€™s action in court, Ekweremadu was said to have simply ignored the panel because he had the law on his side. A source close to the former Senate President said Obono-Obla resorted to the use of the EFCC to harass Mark when Markâ€™s team of lawyers opened the legal fireworks against the panel.

However, it is the case of alleged non-declaration of some assets against Ekweremadu that has, no doubt, accentuated the allegation of political witch-hunt against the panel the most. In a letter to President Buhari dated 16th March 2018, the Human Rights Writers Association of Nigeria (HURIWA) accused Obono-Obla of â€œrabid partisanship and constituting himself into a government within a government, which now made the fight against corruption appears as politically motivated fight against members of the PDPâ€.

HURIWA particularly wondered why the panel was not also investigating members of APC members or why all these were coming close to the 2019 election. It called on the president to disband the panel.

Ekweremadu, on his part, has accused the panel of â€œa well-oiled smear campaign and political witch-huntâ€.

He alleged that the Probate Registry, of the Enugu State High Court was broken into and his will taken while only a photocopy was left behind.

He said: â€œThey copied the properties listed in the will and added many imaginary properties and started churning out baseless petitions to government agencies and officials against meâ€.

Also addressing the South East zonal meeting of the PDP, Ekweremadu said the â€œAPC government believes that one can capture power by blackmail and intimidation, and it will never happenâ€, insisting that â€œa situation where a government in power can try to use established anti-corruption agencies or employ soft tackles to harass and intimidate the opposition will never be accepted by anybodyâ€.

Ekweremadu declared that the fact that the panel rushed to court with inexistent properties or properties he had nothing to do with instead of carrying out an independent investigation had further exposed those, who stole, doctored his will and filed frivolous petitions against him.

It was against this backdrop that the House of Representatives passed a resolution to probe the panel’s legality and mode of operation. This was sequel to a motion by the Hon. Kingsley Chinda.

Already, the Chairman of the Ad-Hoc Committee on the Special Investigation Panel, Hon. Ahman Pategi, in a letter dated 28th March 2018 and referenced NASS/8HR/DCD/016180/001 has demanded the chairman of the panel to submit the list, curriculum vitae, and certificates of its members. Also requested were documents showing the annual budgetary provisions for the panel since inception; list of investigations carried out from inception to date; list of all the seizures effected from inception till date, showing their location and names of persons from whom the seizures where made; details of bank account; and details of income & expenditure since inception.
The hope is that the probe

As the House Ad-Hoc Committee begins this probe, many hope that it will bring to an end some of the controversies trailing the establishment of the panel.

There is no gazette backing the establishment of the panel. There is also no provision for the panel in the 2017 Appropriation Act. 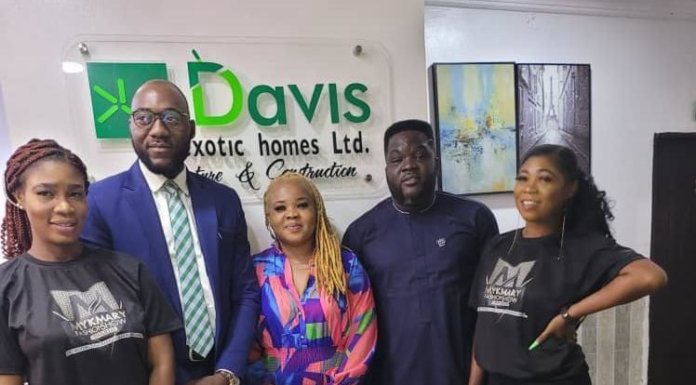