Governor of Edo State, Mr. Godwin Obaseki has congratulated the Kachikwu family over the conferment of Ochiligwe of Onicha-Ugbo and Ezinne Oligbo on Barr. Mrs. Josephine Ada Kachikwu, describing the honours as well deserved.

Speaking at the conferment ceremony of the chieftaincy titles, in Issele-Uku, Delta State, Obaseki said that Mrs. Ada Kachikwu, who is the stepmother of the Minister of State for Petroleum Resources, has over the years contributed to her immediate community and exhibited exemplary qualities that marked her out for the titles.

According to him, â€œthe double titles show that she has a unique personality. This is not forgetting that her husband, late Justice Francis Okafor Kachikwu was a prominent Jurist in the defunct Bendel State and Nigeria, and they both impacted and touched lives.â€

Obaseki added that Mrs Kachikwu provided support to her husband throughout his successful career and even when her husband died, she continued to champion the cause of her community. â€œThis tells of her character and commendable personality. We are happy to be here to celebrate her,” he said.

Governor of Delta State, Dr. Ifeanyi Okowa, eulogised Mrs Kachikwuâ€™s outstanding life of service to humanity, noting that she was a mother to all. “We are happy with her, as her service to her community has earned her double chieftaincy titles by two communities here in Delta State. It is wonderful to have this kind of honour.”

Minister of State for Petroleum, Dr. Ibe Kachikwu said Barr. Mrs. Ada Kachikwu is a wonderful, committed, dedicated woman, who though married his father at the age of 18, was adept at managing home chores and many other maternal responsibilities of her step-children.

He said her determination saw her achieve her dreams of being a midwife, lawyer and later a politician, which she used to positively to touch lives.

He said the story of Nigeria will not be properly told until we are united, irrespective of our political affiliation, noting that it was important to tolerate one another as citizens of the country. â€œThe earlier we rise against sentiment and live as one and united people, the better for us,” he added. 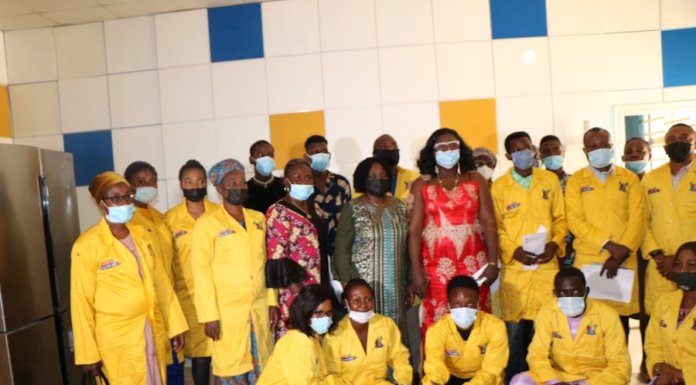