The case, however, is unrelated to the court case against the Anglo-Dutch company and Eni in Italy over the acquisition of a different Nigerian oil field â€“ Oil Prospecting Lease (OPL) 245, a Shell spokesman confirmed Wednesday.

Neconde Energy paid $558 million to acquire a 45 per cent stake in OML 42 in February 2011 and was awarded operatorship of the asset by the Nigerian National Petroleum Corporation (NNPC) in 2015.

Another local operator, Yinka Folawiyo Energy, has a participating stake in the 45 per cent equity interest held by Neconde in OML 42.

But Reuters quoted a Shell spokesman as saying Wednesday that the Anglo-Dutch multinational suspects that there was bribery in the transaction.

â€œBased on what we know now from an internal investigation, we suspect a crime may have been committed by our former employee … against Shell in relation to the sale process for Oil Mining Lease (OML) 42 in Nigeria,â€ the spokesman said.

â€œWe have filed a criminal complaint with the Dutch authorities and are considering other steps we could take,â€ the unnamed spokesman added.

As part of the internal investigation carried out in recent months, Shell was said to have discovered that kickbacks may have been paid to a Seychelles-listed company owned by Robinson in the sale of OML 42.
The offshore company was allegedly linked to two Swiss bank accounts under his name.

OML 42 has seven fields that have produced hydrocarbons and five undeveloped discoveries.
The oil block commenced initial production in 1969 at the Egwa field, with a peak gross production rate of about 250,000 barrels of oil equivalent per day (boepd) in 1974.

Before the divestment, normalised production had been 100-150,000 boepd, primarily oil.
The block was shut in 2006 as a result of militancy in the Niger Delta but in February 2011, the Batan and Ajuju fields were re-opened by Shell before it sold its 45 per cent interest to Neconde.

The 55 per cent interest belonging to the Nigerian National Petroleum Corporation (NNPC) was assigned to its upstream subsidiary Nigerian Petroleum Development Company (NPDC).

Dutch prosecutors Wednesday said they were including the complaint Royal Dutch Shell filed against its former employee in an ongoing investigation into the companyâ€™s Nigerian operations.

â€œThe facts and circumstances as set out in the complaint were already known to us. We will include the complaint in the ongoing investigation of Shell,â€ prosecutors said in a statement.

Shell and Eni are facing one of the oil industryâ€™s biggest ever graft trials in Italy, to begin in May in Milan, a pending trial in Nigeria and an investigation in the Netherlands.

The case revolves around the purchase of the giant OPL 245, which holds an estimated 9 billion barrels in reserves.
Italian prosecutors allege that bribes were paid in an effort to secure rights to the block in 2011.
A number of top executives from both companies â€“ including Eni chief executive Claudio Descalzi and former Shell Foundation chairman, Malcolm Brinded â€“ will face trial.

Under Italian law, a company can be held responsible if it is deemed to have failed to prevent, or attempted to prevent, a crime by an employee that benefitted the company.

Shell and Eni have denied any wrongdoing, insisting that their payments for the block, a total of $1.3 billion, were transparent, legal and went directly into an escrow account controlled by the federal government.

But in reaction to the criminal complaint filed by Shell against its former vice-president, Neconde Wednesday denied giving kickbacks to Robinson during the tender process for OML 42, insisting that it participated in an open and competitive process.

In a statement issued by the Nigerian firm, it said: â€œNeconde, in an open and competitive bid in early 2011, acquired the 45 per cent joint equity interest in OML 42 in the Niger Delta area of Nigeria from Shell, Total and NAOC (Nigerian Agip Oil Company, Eniâ€™s Nigerian subsidiary).

â€œThe acquisition was financed by a consortium of reputable local and international financiers.

â€œAt the time of the acquisition, Neconde was aware that Mr. Robinson was a vice-president in Shell. However, other than the legitimate business of acquisition of OML 42 for which full consideration was furnished, Neconde did not have any other formal or informal dealing with Mr. Robinson.â€

Neconde said for the acquisition of OML 42, it paid the full consideration provided by its financiers, and in accordance with the competitive bid process adopted by the three international oil companies (IOCs).

â€œAt the end of the bid process, these three IOCs also unanimously agreed, at their respective highest decision-making levels, to the sale of OML 42 to Neconde.

â€œNeconde did not pay any money, in whatever guise, to Mr. Robinson or any other person in Shell, Total or NAOC to facilitate the acquisition of their joint interest in OML 42.

â€œNeconde completely denies any allegation or suspicion of kickbacks for the acquisition of its interest in OML 42 and the statement credited to Shell suggesting the contrary is untrue and most unfortunate,” it said.

This allegation by Shell may not be unconnected with an ongoing arbitration instituted by Neconde against Shell in London in connection to Shellâ€™s diversion of crude oil worth millions of dollars from OML 42 after the acquisition of the 45 per cent joint equity interest by Neconde and for other infractions.

â€œNeconde views this unwarranted allegation of kickback as defamatory and is seriously considering its legal options in this regard,â€ the company said.

Meanwhile, global oil traders Vitol and Glencore are in talks to financially back Seplat and Famfa Oil, among others, racing to buy assets owned by Brazilâ€™s Petrobras in Nigeria valued at up to $2 billion, several sources familiar with the matter have said.

Cash is being lined up for purchases of stakes in two major oilfields in the West African country, according to the banking and industry sources.

The potential consortiums including Glencore and Vitol offer the local bidders financial backing that would otherwise be hard to secure directly through international banks.

For the traders, a deal would guarantee access to high-quality crude oil for many years. They would then be able to syndicate out the debt to banks, reported Reuters.

Signing up to long-term financing deals to increase volumes and gain exclusive access is one of the tradersâ€™ strategies to compensate for increasingly thin profit margins.

Last November, state-controlled Petroleo Brasileiro SA, known as Petrobras, launched the sale of 100 per cent of Petrobras Oil & Gas BV, or Petrobras Africa, as part of the heavily-indebted companyâ€™s plan to offload $21 billion in assets through 2018 as it also faces a massive corruption scandal.

Petrobras holds half the shares in the company while 40 per cent are held by a subsidiary of Grupo BTG Pactual SA and 10 per cent by Helios Investment Partners.

Scotiabank is running the process with Evercore, according to the sale launch document.

The assets could fetch as much as $2 billion, according to bankers involved in the process.

Trading and mining giant Glencore is looking to back Nigerian producer Seplat in bidding for the assets.

The worldâ€™s top oil trader Vitol is examining backing several bidders in the process, according to the sources.

Swiss-based commodities trader Mercuria was involved in the initial bidding round but is unlikely to continue in the process, sources said.

Oil major BPâ€™s trading division had also considered participating in a possible consortium, but dropped out.
Glencore, Vitol, Mercuria an
d BP declined to comment. A spokesman for Seplat did not immediately respond to a request for comment.
The result of the auction is expected to be announced in early May but some participants said the assets might not be sold in one package.

Industry sources in Nigeria said the winner of the Petrobras blocks would likely be a local company due in part to government pressure.

While the government already has local content laws, a sale so close to the presidential elections in early 2019 has raised pressure to secure high-profile local involvement in the upstream sector.

This has made it more difficult, the sources said, for international companies to bid for the assets without a local partner.

The Akpo field produces nearly 130,000 barrels per day (bpd) of condensate while Total is also due to start production at the Egina development in OML 130 later this year.

The Agbami oil field is the main prize, however, producing about 240,000 bpd of light, sweet crude. Petrobras holds a 12.5 per cent stake in the field, Statoil has 20.2 per cent and Chevron holds a 67.3 per cent stake.

Famfa Oil was awarded the rights to the exploration block that holds Agbami in the 1990s. Its owner, Folorunso Alakija, is one of Africaâ€™s richest women. 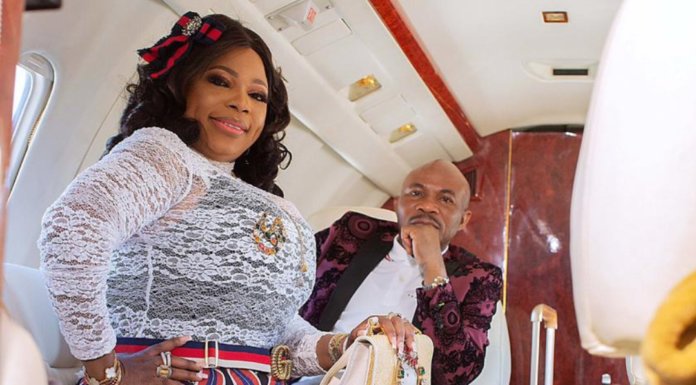