â€¢ Buhari to assess MDAs on progress
James Emejo in Abuja
The Attorney General of the Federation (AGF) and Minister of Justice, Mr. Abubakar Malami, yesterday expressed disappointment over the reluctance and sheer tardiness by the anti-corruption sector as well as Ministry of Petroleum Resources to quicken the implementation of the Open Government Partnership (OGP) National Action Plan.

Specifically, he said while the response from the Ministry of Petroleum Resources on commitments in the extractive sector had not been â€œvery encouraging,â€ there had been same lack of progress in the implementation of the anti-corruption sector commitments.

Speaking at the third National Steering Committee and Working Group Meeting of OGP, the minister, who is the Co-Chair of the partnership bemoaned the lack of compliance by the National Information Technology Development Agency (NITDA) as well as the Federal Ministry of Communication which ought to lead and support the development of various technology and innovation platforms as identified in the OGP National Action Plan.

He said: â€œWe are yet to see much progress in this regard.â€
He added: â€œIn addition to the challenges mentioned above, the Secretariat has also complained about lack of timely response to requests for updates on key commitment issues, as well as constant replacement of officers who are designated to coordinate OGP in the MDAs.â€

Nigeria joined the OGP as the 70th member in July 2016.
The cardinal principles of the partnership centers on transparency- which requires that information on government activities and decisions be made open, comprehensive, timely and freely available to the public and meets basic open data standards.

By implication, all activities and operations of the government agencies and parastatals must be accessible to the public.
Other areas of interest in the partnership include accountability, citizen participation as well as technology and innovation.

By default, all government institutions must comply with commitments under the partnership.
Giving further updates on the partnership, Malami said: â€œAs we get ready for the international review process, it has become critical for Ministries, Departments and Agencies (MDAs) and Non-State Actors who work in the identified areas to invest extra resources and time to ensure that Nigeria is not rated below average.

â€œIn the coming weeks, every MDA would be individually assessed to determine how they have contributed to the success of the OGP initiatives in Nigeria. Consequently, it has now become imperative that the outcome of our assessments be submitted to the President for further directives.â€

The minister further said: â€œAgainst this background, the OGP Secretariat has prepared a comprehensive progress report that shows the extent of the implementation of each commitment area.
â€œWhile we have observed considerable progress by some MDAs, we still have some MDAs that have not taken on their responsibilities as set out in the National Action Plan.

â€œI am using this medium to call on ministers and heads of departments and agencies to step up their engagement with the OGP in Nigeria and to assist President Muhammadu Buhari in achieving the goals set out in the National Action Plan.â€
Nigeria has been admitted into the OGP International Steering Committee- and was the only African country that applied for the position, according to the minister.

He added the OGP Steering Committee had also informed that the nomination would be announced soon and that Nigeria would join the International Steering Committee formally in October 2018 but can participate as an observer from July, 2018.
The fifth OGP Global Summit will take place from July 17 to 19, 2018 in Tbilisi, Georgia.
Malami added that Buhari had also approved that he leads the Nigeria delegation to the Summit. 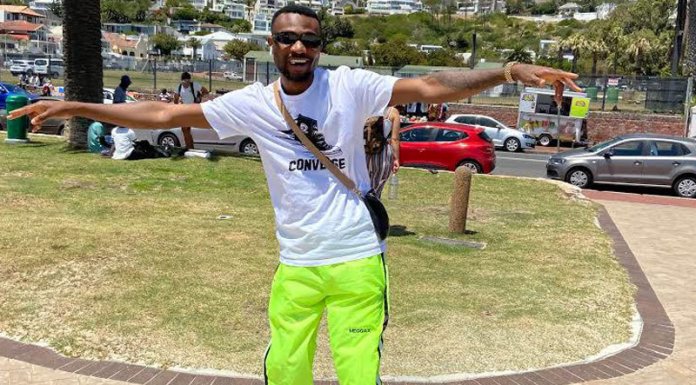 COVID -19 Epidemic: What Government, Entertainers Should Do – Singer, Meggax

Some Likely Winners Amid the Lockdowns – FBNQuest Research

At Oyo-Ita’s Trial, COVID-19 to the Rescue