The Congress for Northern Nigeria Christians (CNNC) has urged President Muhammadu Buhari to do everything possible to ensure the immediate release of Leah Sharibu and the remaining Chibok girls
Sharibu was among the 110 students of the Government Girlsâ€™ Science and Technical School Dapchi, Yobe State who were abducted over a month ago and released last week.

However, the Boko Haram insurgents did not release Shariba for refusing to denounce Christianity for Islam.
Addressing a news conference at the NUJ Press Centre, Kaduna yesterday, the Media and Publicity Secretary of CNNC, Larry Yammai, called on the President Muhammadu Buhari to urgently intervene on the immediate release of the young girl.

â€œWhile we rejoice that almost all the girls have been released, we are heavily saddened that our daughter, Miss Leah Sharibu is being held because of her faith.
â€œThe truth is very obvious that the destructive project of Boko Haram is very much targetted at Christians. CNNC strongly condemns this evil tendency and urges Mr. President to as a matter of urgency intervene on the immediate release of this young girl,â€ Yammai said.

The CNNC demanded for the release of the remaining Chibok girls abducted about three years ago, stressing that preventive measures should be taken to protect all girlsâ€™ boarding schools in the North.
The group also condemned the killings and destruction of communities by herdsmen across the country, especially in the Middle Belt, using sophisticated weapons such as AK47, with a high level of impunity.

Lammai said the murderous activities of herdsmen has created some pertinent concern.
â€œIt would appear as if a particular group of people are deliberately targeted for destruction. The consistency with which this occurs raises question in the minds of many objective observers.
â€œCattle business is a personal one and so owners of those businesses should take the options of ranching, paying for the lands to be used just like people interested in farming buy lands to farm.

CNNC abhors the thought of â€˜cattle coloniesâ€™ as being suggested in some quarters,â€ the group said.
It, however, commended recent visits of the President to the affected states which the killings were prevalent, noting that â€œthe visit is bound to have a salutary effect on the people who have been devastated by the wanton killings that was visited on them.â€
The CNNC pleaded with Buhari â€œto be practically humane on this matter by what he saw during the short visit and stop this inhuman activities.â€

The religious group further urged the federal government to check the sources of the deadly weapons being used by the herdsmen to unleash terror on Nigerians.
It also decried the rampant cases of abduction, conversion and force marriages of Christian girls in the North, saying it is a violation of the provisions of the Nigerian Constitution to freedom of religion.

Lammi said: â€œThe northern landscape is replete with the accounts of kidnappings, forceful adoption, conversion and forced marriages of Christian children.
â€œThe CNNC have seen this ploy as a tactical plan to forcefully change the faith of our children and plunge them and their parents into an untenable situation. â€œForced conversion and forced marriages have become common place in many parts of the country.

â€œThe constitution of the Federal Republic of Nigeria provides for freedom of worship and this provision must be allowed to prevail and without any molestation from any quarters.â€ 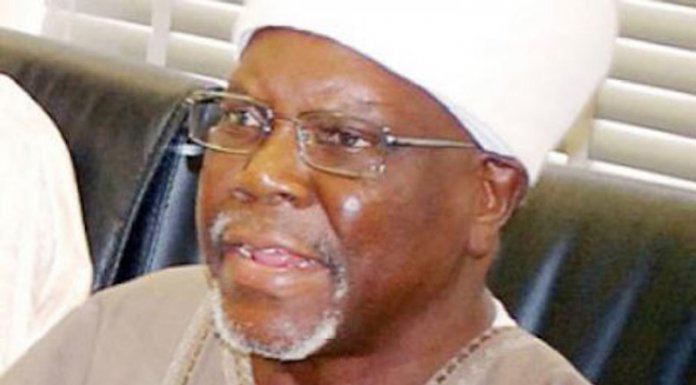