After Fridayâ€™s hard-fought victory against Poland in Wroclaw, Nigeriaâ€™s Super Eagles yesterday arrived London in preparation for a friendly match against another World Cup-bound team, Serbia.

The three time African Champions, still basking in the victory over Poland which was the second consecutive win over a top 10 team in the world (Poland are 6th in the FIFA rankings while Argentina which the Eagles beat in their last match in December are 4th), will be looking to inflict a second successive defeat on Serbia who lost 2-1 to Morocco on Friday also.

The Eagles have been lauded for their â€œprofessionalâ€ victory against a well-oiled Poland side. Scoring with their only goal on target, which was a penalty won and converted by Chelsea winger Victor Moses, Nigeriaâ€™s victory was built on aggression and defensive solidity.

Arsenal forward Alex Iwobi admitted that the Polish team were a tough nut to crack which made the victory sweeter. The 21 year old forward tweeted after the win: â€œNa Sooo, Victory against A Tough Poland Sideâ€¦Up Naijaaa.â€

His teammate, Shehu Abdullahi whoâ€™s is already looking towards the next game against Serbia on Tuesday. The right back also took to his Twitter handle to say: â€œBig win tonight against Poland. Massive performance from the squad. Serbia next in London.â€

Meanwhile Super Eagles coach Gernot Rohr has said that the trio of Mikel Agu, Junior Ajayi and Oghenekaro Etebo are expected in London for the Serbia. The three players were not part of the squad that outsmarted Poland.

â€œWe will love to have other players who can arrive and replace our injured players, especially players like Mikel Agu, Junior Ajayi who will come from Egypt, he had a problem with visa but he can come to London,â€ Rohr said at the press conference after the Poland game.

â€œSo we have at least two players perhaps Etebo also, but Etebo was injured, we are waiting for the diagnosis of the doctor. If he comes, it will be interesting for us to have one player more to look ahead to another good match against Serbia.â€

Reacting to Fridayâ€™s result, Rohr hailed players of the Super Eagles and Poland for being very competitive.

He added: â€œThe game against Poland, though a friendly match, the two teams wanted to win but it was not so much friendly. We had a lot of duels, there were no gifts. It was good like that because it was good preparation. I hope the injuries are not bad, even the injuries to the Polish players, I hope all of them will be okay.â€

Going further he praised the performance of his boys but also sounded a note of caution.

â€œThis team is a young team but also a team of leaders. If we stay humble and continue to work hard to improve our play we have huge potentials, but beating two FIFA top 10 teams in friendlies doesnâ€™t mean we are now World Cup favourites.â€

Serbia, ranked 34 by FIFA, will pose another solid test for the Eagles who are still outside the top 50 in the world at 52. Nigeriaâ€™s opponents in the group stage are all in the top 20 with Croatia and Iceland ranked 15th and 18th respectively.

However, the new found optimism and can-do spirit in the Eaglesâ€™ camp suggests that once again, the FIFA rankings will not be an accurate guide to guessing which way the match will go. Rather, the form book indicates another successful outing for a Nigerian team growing in confidence. 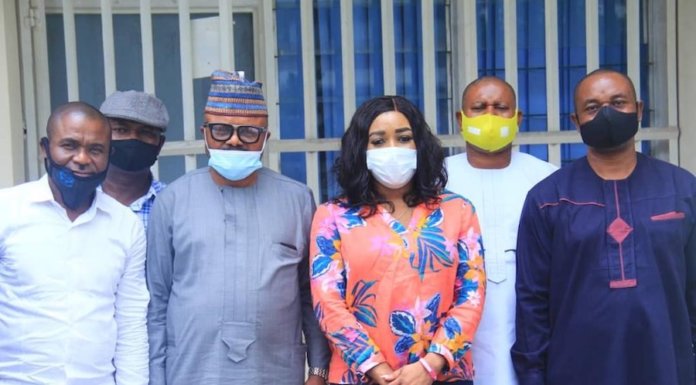