The Chairman of the Independent National Electoral Commission (INEC), Prof. Mahmood Yakubu, on Monday said until the existing laws regulating the conduct of elections in the country are amended, the arrangement of the elections as earlier announced by the commission this year, stands.

Yakubu also reiterated the commissionâ€™s determination to get to the root of the circumstances surrounding the underage voters, which manifested in the recent local government election in Kano State.
The INEC chairman stated these during a quarterly consultative meeting with the media at the INEC headquarters in Abuja.

Commenting on the controversies which the amendment by the National Assembly had generated in the last few weeks, the INEC chairman said the commission was not in any way in disagreement with the National Assembly over the arrangement and timetable for the 2019.
He stated that the election time table released recently was predicated on the existing Electoral Act and constitution.

â€œWe are operating under the existing laws, which are provisions of the Electoral Act and the constitution. We are covered by the provision of the extant laws.â€™â€™
â€œWe have released the time table after due consultations with stakeholders in the nationâ€™s Election Management Board and we stand by that time table for now. Nothing has changed and so we are anchoring our planning on the conduct of the 2019 elections on the carefully planned election sequencing,â€ Yakubu said.
The chairman added that the commission was aware of the on-going constitutional amendment process by the legislative arm and would await its conclusion and then take appropriate action, as it affects the operations of election processes.

He added: â€œThe Electoral Act 2010 is still in force; it has not been changed and therefore there is no vacuum; there is no lacuna in our law. Our electoral manuals are anchored on the basis of the existing law.â€
When asked what the commission would do if the amendments are eventually passed and assented to by the president, the chairman said: â€œIf anything happens tomorrow, then we will address it.â€
He stressed that INEC would continue to operate within the existing timetable and sequencing for now until further notice.

On the vexed issue of underage voters, as was recently witnessed in Kano State, Yakubu assured Nigerians that it would not be the case in 2019 elections, adding that the commission is not taking the case lightly, and had already set up a panel of inquiry to address the issue.

He, however, vowed to weed out any registered underage voters before the next general election.
According to him, â€œWe will do whatever it takes to clean up the voters register. I am almost certain in my mind that it will never happen in the national election. We want to await the outcome of the committeeâ€™s inquiry. But take it from me that no ineligible voter will be allowed to vote in national elections.â€
Speaking further, Yakubu frowned at the issue of vote buying, which he said was prevalent during the Anambra State governorship elections.

He added that the commission is convinced about the issue of vote buying, noting that INEC is working with relevant security agencies to tackle the problem and fish out offenders.
Yakubu also assured all that INEC would monitor political parties to make sure they comply with the campaign funding, as enshrined in the Electoral Act, while promising to present the budgetary cost for the 2019 elections.
On Ekiti and Osun States gubernatorial elections, he confirmed July 13, 2018, and September 27, 2018, respectively as the tentative dates while February 16 and March 02, 2019 for presidential/National Assembly and governorship/state assembly elections. 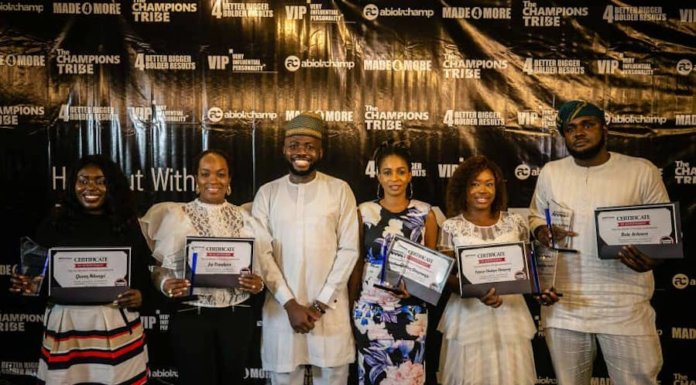