S & S Creative Media Company says is proud to announce the return of its hit stage play Still Single in GIDI coming up on the 2nd and 3rd of March 2018 at the Agip Hall of Muson Centre as part of the 2018 edition of the Lagos Theatre Festival brought by the British Council.

Still Single in GIDI which is a stage play based off the blog Singleingidi.com was created by Sheila Ojei as a safe space for singles in Lagos to share their experiences of being single.

Described as relatable and thought provoking, with a healthy dose of comedy that is sure to thoroughly entertain, the Co-Writer and Director, Shirley Urhobo-Enebong said, â€œWe are pushing the envelope this year and taking on issues we don’t really talk about.â€

The play is heavily inspired by pop culture and current trends presented in a contemporary theatre style with witty dialogue, insightful monologues and music/poetry intervals. These monologues are drawn from true life experiences and topics discussed on the blog by contributors. Some of the topics covered are body shaming, skin bleaching, Yoruba demon/runs girl stereotype and many more.

Still Single in GIDI is centered on the lives of nine characters, their experience being single and how it shapes their perspectives on marriage and relationships. The play doesnâ€™t shy away from the real issues and experiences that singles and married alike can relate to no matter the age or circumstance. Still Single in GIDI highlights the varying perspectives delivered thorough skilled writing and passionate performances by talented actors.

The show is produced by S & S Creative Media Company, a creative content company with a unique flair for exquisite storytelling. Written by Shirley Urhobo-Enebong and Sheila Ojei, this edition of Still Single in Gidi is directed by Shirley Urhobo-Enebong and features Rita Edward, Timi-Charles-Fadipe, Charles Etubiebi, Goodness Emmanuel, Seun Kentebe, Austine Stynno Onuoha, Theodora Onoapoi, Honey Bamiro and Maryann Ivy
A very successful first edition of the play was held on the 3rd and 4th of March 2017, at the AGIP Hall of Muson Centre as part of the Lagos Theatre Festival 2017 organised by The British council. Tickets can be purchased via the company website, www.sandscreative.com, www.afritickets.com. 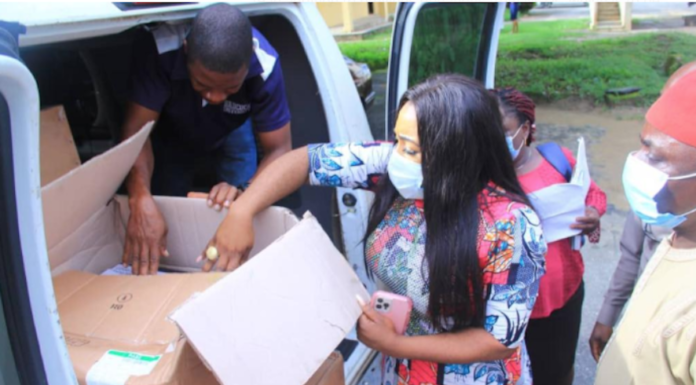