Asmah Mansur-Williams was born in Lagos, Nigeria. She attended FIEF Academy, Lagos for all her elementary, primary and secondary education. Looking back, Asmahâ€™s amiable achievements came as no surprise as she held various notable positions while in school, including reviving the academyâ€™s press club as its editor-in-chief as well as her role as head girl.

Her education in the UK saw her attend Boston College for the Access to Higher Education Diploma and afterwards, Bournemouth University where she studied International Business Studies and earned a First Class (Honours) degree and a Level 5 CMI Diploma in Chartered Management. This is apart from her knowledge of the Marketing and PR industry gained during her placement year thus making her fully equipped with employability skills required for real-life work

â€œInitially, my decision to study Business Studies was a vague one based on seeing the achievements of my parents but as the course went on, I realised the importance of developing a broader knowledge of the business environment while also gaining an understanding of specific field peculiar to the business sector,â€ she said.

Asmah advises future students to seek opportunities and have faith. She adds, â€œmost importantly if thereâ€™s anything Iâ€™ve learnt, it is the importance of believing in oneself, something my parents always advise. Hold on to faith. Notice the patterns and the pieces will eventually fall in. I feel a lot better, there is still a lot to be done, particularly as I am now preparing for my Masters in Digital Media Management. At this stage, I am more than excited to see how life unfoldsâ€.

Altruistic at heart, Asmah spent her early university years volunteering within the university and the local community, an activity that saw her rise to becoming a volunteer leader in her second year and won awards both within her role and in recognition of her contribution to the wellbeing of society.

During her time, she also self-taught herself photography and graphic design, and went ahead to create contents that have seen her gain worldwide recognitions. Alongside, furthering her editorial passion she first picked up in FIEF Academy, she is the editor of Bournemouth Universityâ€™s online magazine, where she also won an award for best fashion writer.

Combining all these activities with her studies, Asmah believes in creating the life you want. She adds, â€œI never shied away from learning but I knew to make the most impact of my years studying here I had to engage with the community, to learn from people and to improve myself personally. The world is a big place and these days, success is much more than degrees but how well versed you are. There is so much to learn that the lecture room doesnâ€™t lend, so I resorted to a lot of self-learning. I just had to learn, it kept me going knowing there was more the world had to offerâ€.

A decision that paid off as she was awarded the coveted Student Development Award in recognition of her hard work and commitment showed by involving in extra-curricular activities. The award came a year after honing her photography skills at the event as the official photographer.

Asmah hinged her success on a lot of hard work, self-discipline, and having faith. â€œIt felt easy to pray to Allah for success because Iâ€™d put in all the work and all I needed was His blessings. Itâ€™s beautiful how far prayers can take you. I came here knowing I wanted nothing less than a first class so I aligned my mindset to that goal vis-a-vis having my family and close friends for moral support. I always made sure to keep in touch with my parents, informing them of every achievement as I went. It was rewarding seeing their positive reaction that I had no other â€˜goalâ€™ than to make them even more proud.â€

Amidst positive feedback from her recent speech at the British Conference of Undergraduate Research where she explored the influence of religion on consumerâ€™s fashion choices, Asmah plans to continue pursuing her interest in a sector that is highly important to her, the modest fashion industry particularly in Nigeria. â€œThere is a lot of confidence that comes when you wear clothing that resonates with you and for some Muslim girls, that confidence is still far-fetched due to the lack of significant brands catering to this segment. Itâ€™s no secret that as a Muslim girl, to get fully recognised and respected especially in the West, you need some kind of authority. Fashion for Muslim girls has gone beyond the clichÃ© drapery and plain colours and the industry can no longer afford to ignore Muslim women. For me, itâ€™s also about creating opportunities for Muslim girls and myself to realise dreams in any industry including fashion as far-fetched as that may seem.â€

For her, gaining a first-class degree is a validation that at the end, dreams do come true and Allahâ€™s listens if you truly put your heart to it. 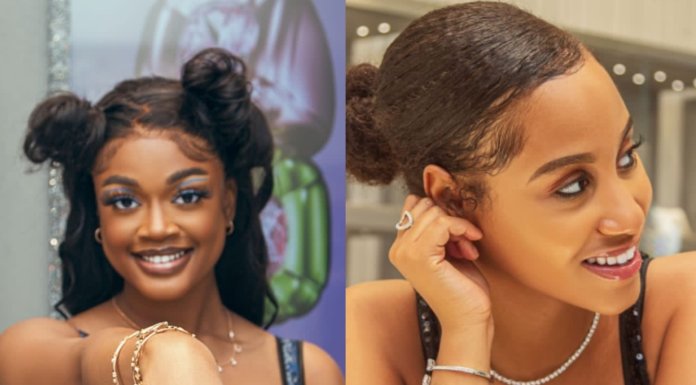